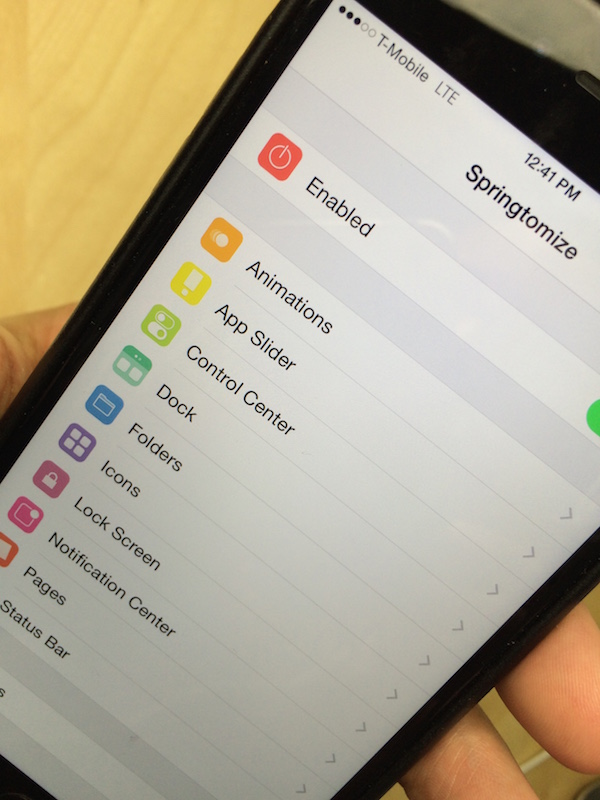 Springtomize 3, a jailbreak tweak that many iOS 9 jailbreakers have been looking forward to for quite some time, has been updated for iOS 9 and is now available for download on Cydia.

Users who have already purchased the tweak in the past will be happy to hear that the iOS 9 compatibility update comes free of charge. New users can expect to pay $2.99 for the privilege of using a tweak that brings an immense amount of customization to iOS.

As we told you a few days ago, developer Janosch Hubner, also known amongst jailbreak circles as @sharedRoutine, has helped out with the development of the iOS 9 update. It’s still original developer Filippo Bigarella’s project, but Hubner has played a large role in getting things working with iOS 9 in particular.

Springtomize 3 is the jailbreak tweak that allows you to customize a bevy of SpringBoard related material. With it, you can change animations, the App Switcher, Control Center, dock, folders, app icons, Lock screen, Notification Center, Home screen pages, status bar, and more. Few other tweaks contain as many settings and options as Springtomize, and that’s why it has remained popular year after year as new jailbreaks come to the masses.

Don’t expect any new features from Springtomize version 1.4.0, but you can expect it to work very well with Apple’s latest and greatest iOS software.

Have you been waiting for Springtomize 3? Have you installed it yet?