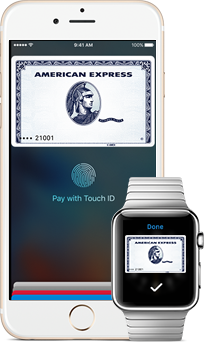 After bringing Apple Pay to Canadian users 24 hours ago, the iPhone maker’s mobile payment service is now available Down Under with American Express.

Amex issued card members in Australia can now add their card to Apple Pay using the Wallet application on their iPhone or through Settings. Local bank-issued debit and credit cards are not supported yet.

Apple Pay can be used to pay for in-store purchases made at Coles, Kmart, Harvey Norman, McDonald’s, Woolworths, Starbucks and other locations in the country that are outfitted with NFC-compatible payment terminals.

To load your Amex card to Apple Pay, users must first open the Wallet app on their device and then the plus sign in the upper right-hand corner. Now simply scan your Amex car using the iPhone’s camera, or enter the card details manually.

If you don’t see the Wallet app, make sure you have set your regional settings to Australian in Settings → General → Region.

Upon typing in the four-digit security code on the front of your card and accepting the terms and conditions, you can start paying with Apple Pay and American Express.

Following its US debut last September, Apple Pay expanded in the United Kingdom this summer and as of yesterday launched in Canada, and now in Australia. The service is scheduled to hit Spain, Singapore and Hong Kong next year.