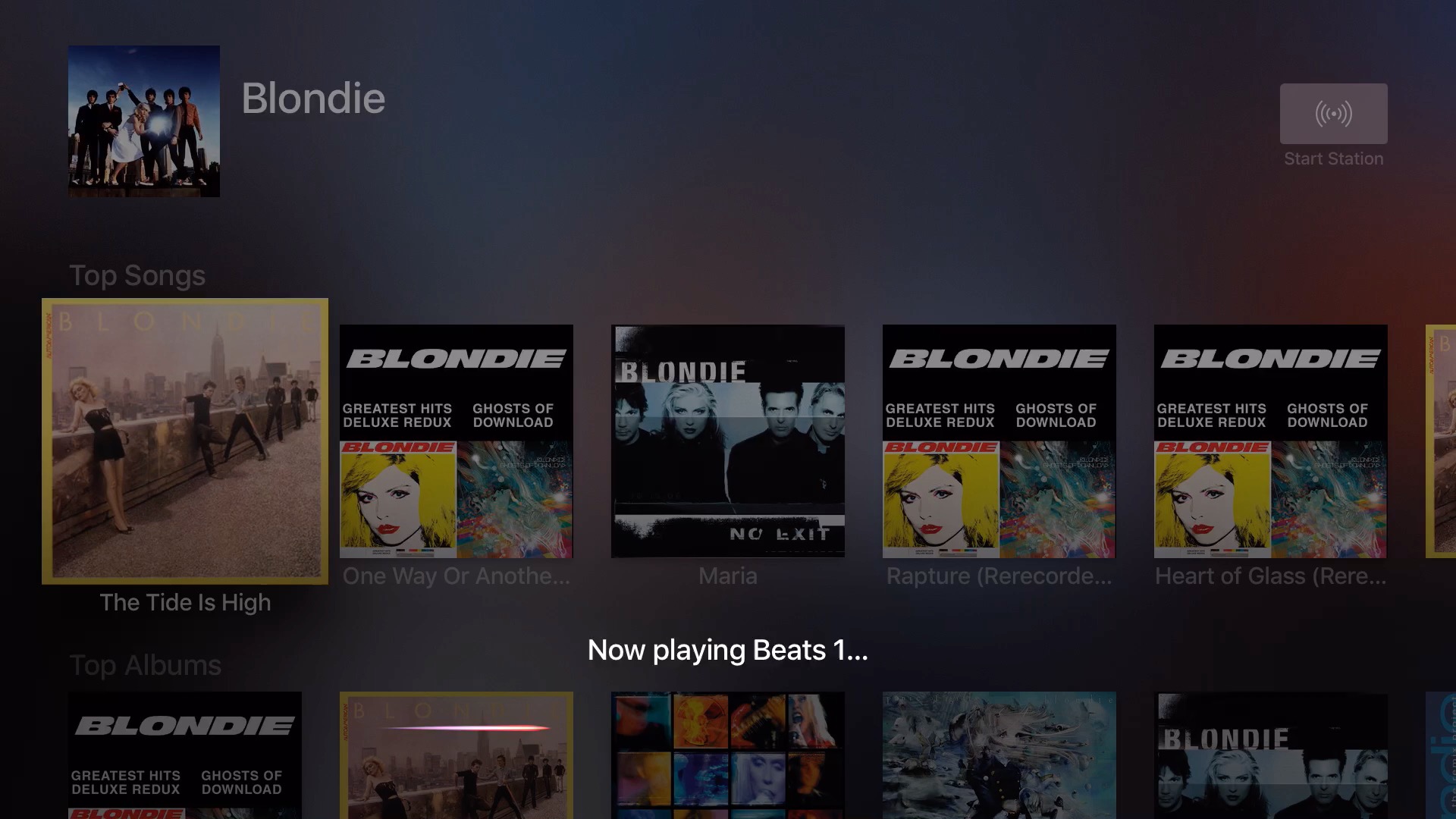 Siri has apparently gained some new functionality for Apple TV, at least on the tvOS 9.1 beta. You can now direct the remote assistant to play any song or album directly from Apple Music, even if the song or album isn’t in your library. Siri can even search for songs on Apple Music, play Play Beats 1 radio, and more.

This makes Siri a lot more useful on Apple TV, and means that you don’t have to look at the interface to start playing a song that you want to hear. The lack of Siri integration for Apple Music has been a popular pain point for early adopters of 4th-generation Apple TV.

I’m running the 9.1 beta on my Apple TV. For the record, Siri search for music was said to come as an update early next year, so it’s highly likely that this could be a beta-only feature. Other iDB staffers have tried to replicate this functionality on tvOS 9.0 boxes to no avail.

Here are some things you can do with Siri for music on Apple TV:

When you direct Siri to play music instead of search, music begins playing immediately. It works very much like Siri and Apple Music work on iOS.

Whatever the case may be, this is a very positive step in the right direction for the Apple TV, and makes playing music a much more enjoyable experience than navigating around with the Touch surface on the remote. What say you?