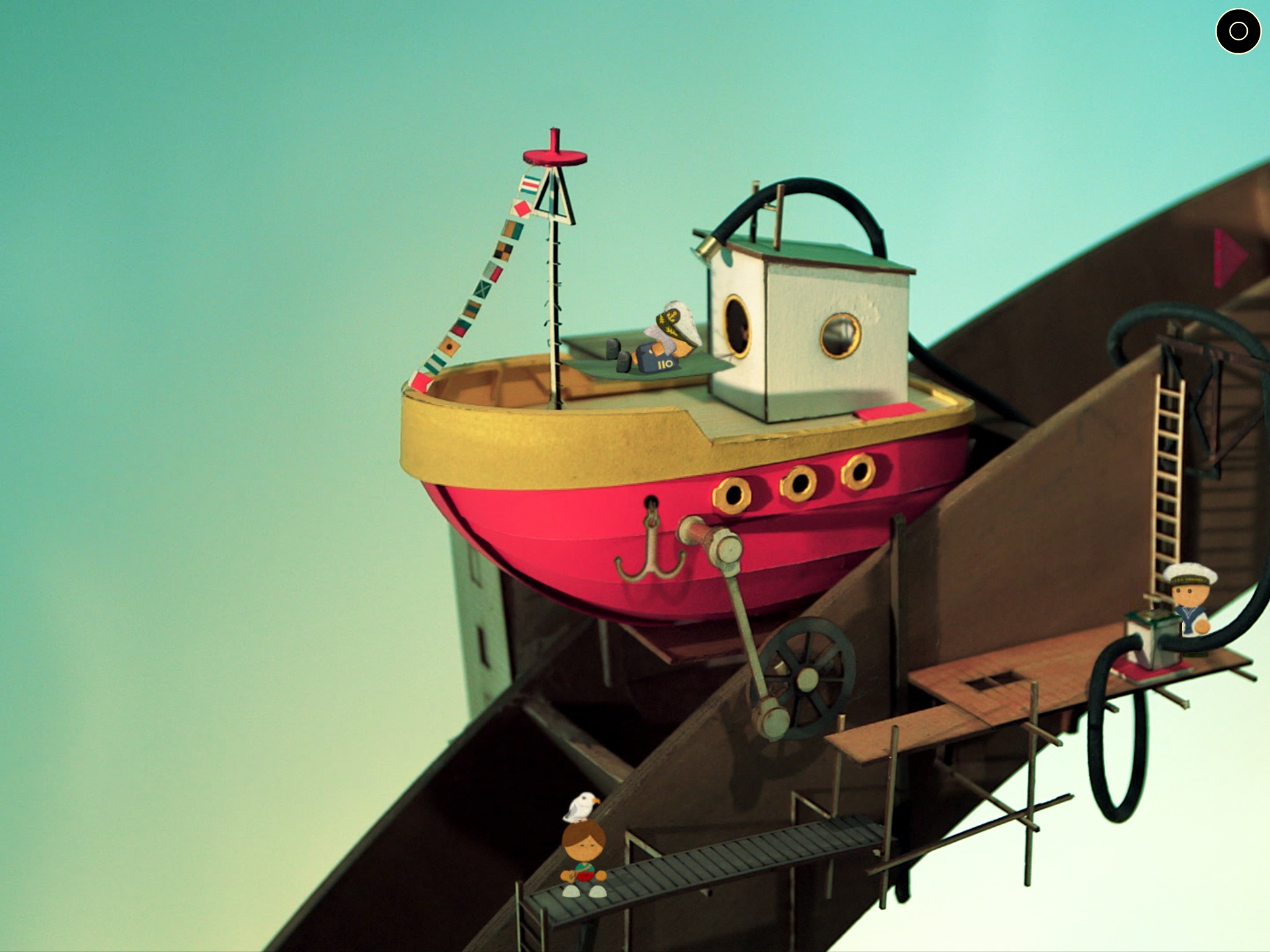 Puzzle adventure games are a dime a dozen, but that doesn’t mean they are all good (or all bad, for that matter). Finding the right mix of complexity and innovation, combined with proper elements of visual aesthetic, is not that easy.

Lumino City has found the right mix. Not only is it visually pleasing (read below to find out more about that), but the puzzles are also unique and complex, without being so difficult that you lose interest. We’ve got a full game review of Lumino City for you today.

You are in control of Lumi, who is on a journey to find her missing grandfather. Granddad is the caretaker of Lumino City and since his disappearance, the city has really fallen apart. Lumi meets townsfolk along the way and helps them fix things, find things, and build things.

The graphic design of this game is outstanding. Every object, every frame, every puzzle, was first handcrafted out of paper, miniature lights, motors, and more. Then, the objects were digitized and added into the game. Everything you see has a physical model somewhere in the world right now (I believe the models are in a museum).

The graphics add a warmth and level of depth that is impossible to describe, but easy to understand when you play the game. Although we are playing on a two-dimensional screen, the world seems to pop out in 3-D right before our eyes. 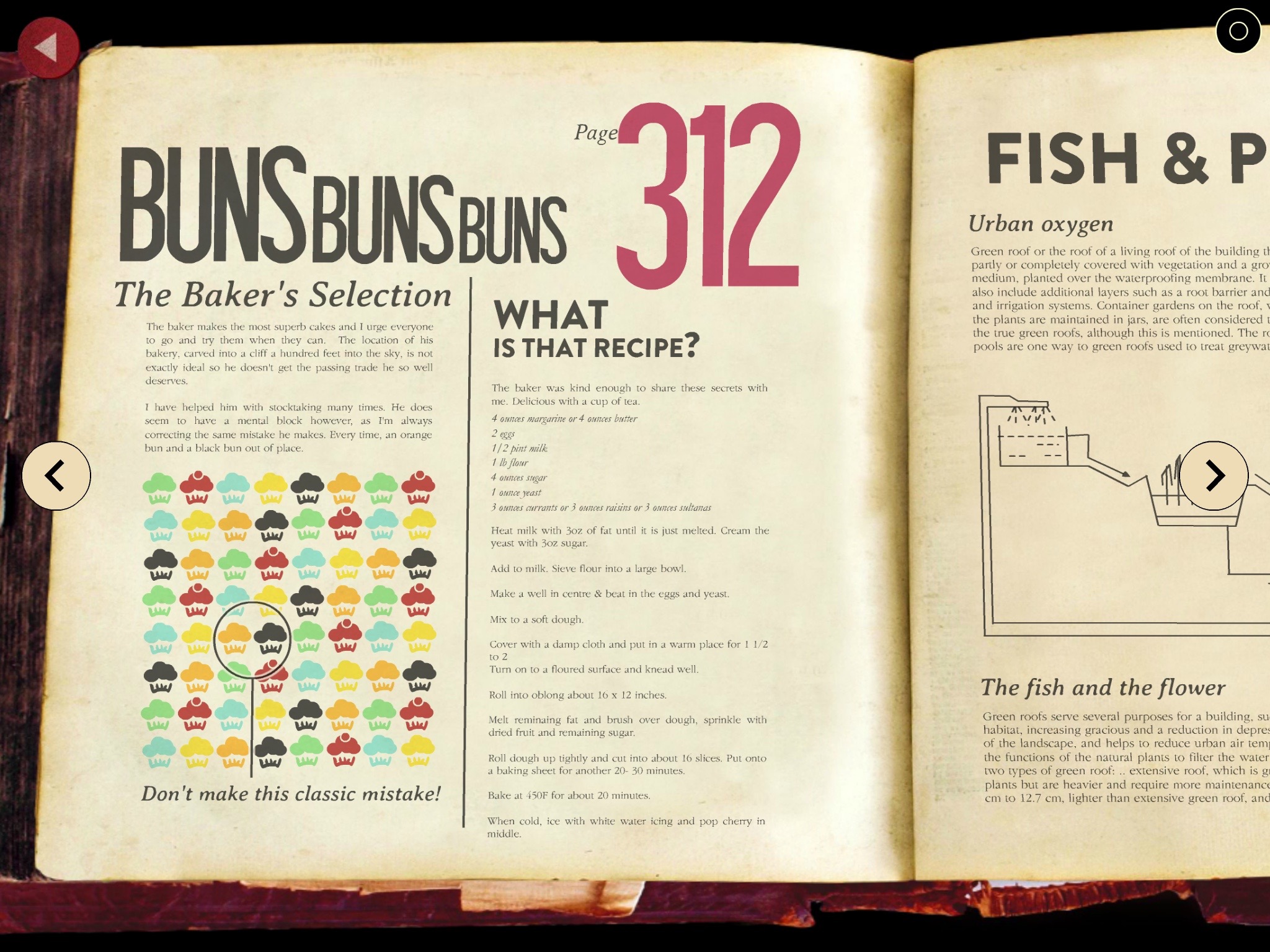 The game is made up of a series of puzzles. Some of them are fairly easy to figure out. While others most certainly require the use of the included Handy Manual, which in and of itself is a work of art. Although the guidebook only has a few dozen pages intended specifically for the puzzles, it is 900 pages long. The in-between fodder is mostly schematics and repeating text copied from some dictionary or something. However, I did come across a recipe for, what appears to be some sort of biscuit. I can’t wait to try it out.

As far as puzzles go, each one is uniquely designed for the location you are in. In one area, the electricity has gone out and you must help get the TV working again. Using your knowledge of lemon power, you can complete the broken circuit to juice up (pardon the pun) the house.

In another area, you must help a half dozen residents to get what they want before they will help you with your task. However, even after you’ve done the leg work to get the team behind you, there is still another puzzle to complete within that same go around.

I don’t want to give away too many details because the puzzles are what makes the game so good.

However, I will recommend you use the Handy Manual often. It was a lifesaver for me on a number of occasions. Usually, when the bag icon appears in the bottom right corner of the screen, that means, you probably won’t solve the puzzle on your own.

The game is universal on iPhone, iPad, and Apple TV. I loved seeing the intricate details of the handcrafted models on my big screen TV. The game saves in iCloud, so you are able to pick up where you left off seamlessly. I would even use my iPad to access the Handy Manual while playing the game on my Apple TV. 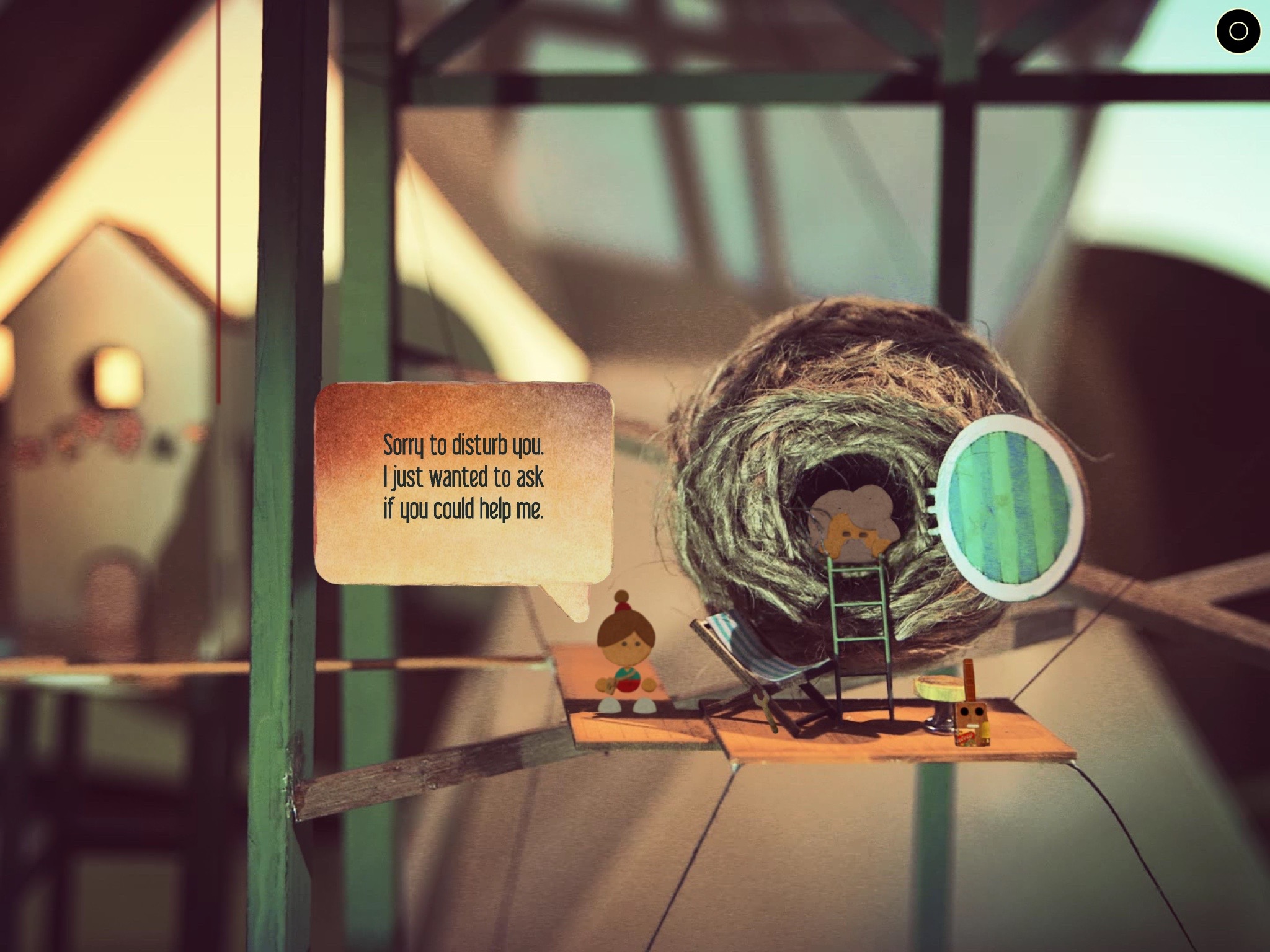 As a fan of puzzle adventures, I can definitely say that this one is a winner. The puzzles are hard enough to be real head scratchers, without being so confusing that you give up in frustration. Even if you do find yourself at wits end with a puzzle, the Handy Manual is there to get you out of a jam.

I noticed a few touch screen problems. Every once in a while, I’d tap on something with no response. A second or third tap would finally register and the character would move.

Similarly, on Apple TV, the Siri remote would sometimes not work smoothly. It was difficult to use the touch pad in spots where complete control was needed.

Lumino City costs $4.99. Considering this BAFTA award winning game will set you back $20 on Steam, you are getting more than a bargain, especially when you consider that you can play the game on Apple TV. There isn’t much replay value, since a solved puzzle can’t be resolved, and why would you want to anyway. However, the developer claims it has eight to 10 hours of gameplay, so it is a real deal.

If you like such puzzle adventure games as Monument Valley or The Room, then this one is right up your alley. I highly recommend it to fans of the genre. Download it in the App Store today.

This game closely resembles The Room series of puzzle games (but with a different visual aesthetic, of course).

What do you think of Lumino City? Let us know in the comments.