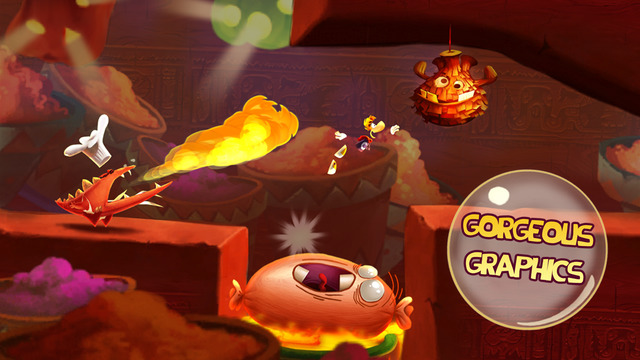 Since its November 2013 debut, Ubisoft’s Rayman Fiesta Run has only gone free briefly through an in-app promotion within the Expedia app.

That’s why Apple’s editorial team has decided it was high time to permit everyone to download this game to their devices at no charge, so they’ve made Rayman Fiesta Run free until next Thursday.

This marks the first time the fast-paced platformer has been slashed to zero bucks in the App Store. Taking cues from Rayman Jungle Run, Rayman Fiesta Run has you jumping, flying, punching, running up the walls and more in the wacky new Fiesta world.

“One of gaming’s most popular heroes returns in Rayman Fiesta Run, a superbly animated and fast-paced platformer from Ubisoft,” the App Store editorial team wrote.

“The controls and gameplay are easy to learn, but acing each stages’ challenges requires ample skills and patience, making grabbing each and every collectible incredibly rewarding.”

The premium game looks absolutely delicious on Retina screens so if you’re fan of cutesy platformers as I am, do yourself a favor and grab Rayman Fiesta Run for zero bucks before it goes back up to its normal asking price of $2.99. 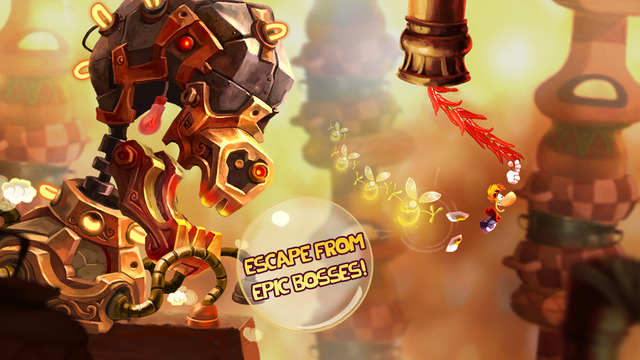 Apple itself describes this game as a “masterful blend of accessible fun and deviously demanding timing tests” so you really can’t go wrong with this one. Various bonus items are available for real cash through the In-App Purchase mechanism, but are not required for normal gameplay.

As mentioned, Rayman Fiesta Run is available at no charge until next Thursday as part of the App Store’s ongoing weekly promotion titled ‘Free App of the Week’.