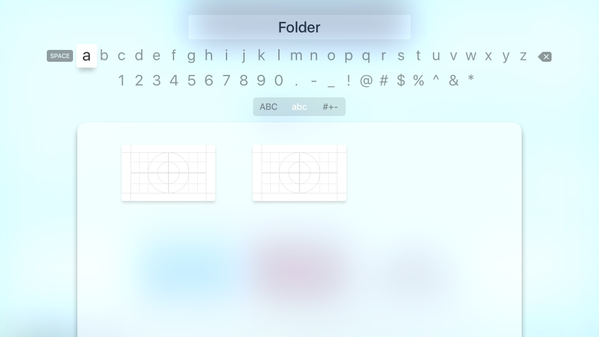 Well-known developer Steve Troughton-Smith has been experimenting with debugging tvOS and has figured out a way to create folders on the Apple TV using the LLDB debugger. Support for folders is there in tvOS, but it’s not currently being used and is not available to end users on tvOS 9.0 or the tvOS 9.1 beta.

As you might expect, folders in tvOS work very much like folders in iOS. Once enabled, all that’s required is to drag an app icon on top of another app icon to create a folder. While this finding paints no timetable as to when Apple might enable folder support in tvOS, it does at least let us know that Apple has at least thought about doing so.

As Troughton-Smith points out, The tvOS UI is called HeadBoard, which is the equivalent to iOS’ SpringBoard.

Fun fact: HeadBoard, the tvOS UI, has pretty complete folder support inside. Looks like it would work like iOS – drop an app on another app

Here is Troughton-Smith showcasing what folders will look like if Apple decides to enable them in the future.

As you can see from the screenshots, folders can be easily renamed and deleted in the same manner that Apps are deleted from the HeadBoard Home screen.

True, it’s not available yet, but this looks very promising. Considering the fact that tvOS lacks pages like iOS, I think that creating folders will be a good way of managing the many apps that most of us are bound to compile over the lifespan of the device.

What do you think? Would you enjoy having folders on your Apple TV?