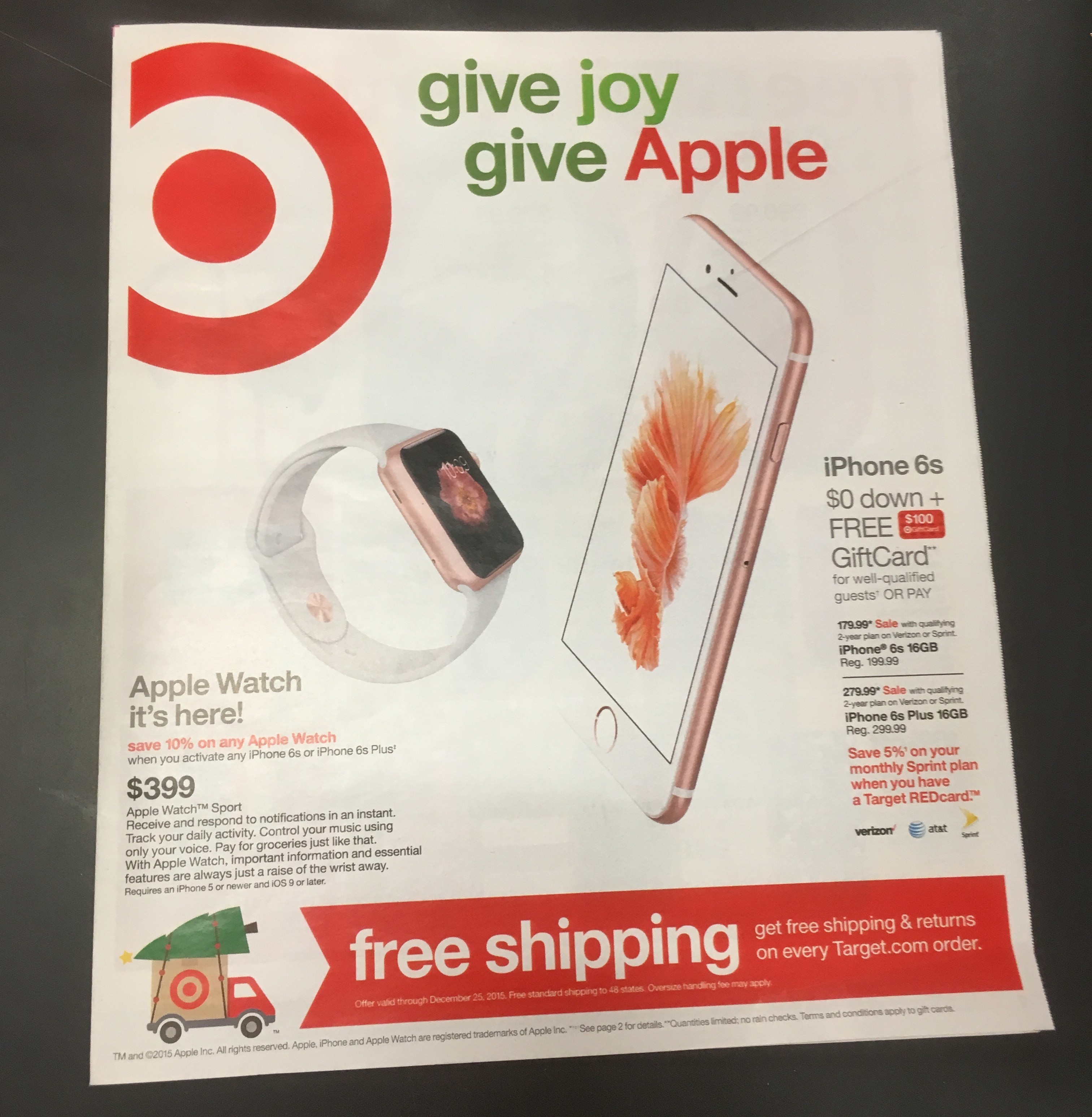 The holiday deals are popping up randomly, such as the Pebble Time getting discounted by 25% earlier today. This is extending to the Apple Watch too, with a new deal from Target. Despite the smartwatch only coming to Target last month, they already are offering a decent discount, as long as you buy an iPhone as well.

If you activate an iPhone 6s or 6s Plus with the retailer, they will take 10% off the price of the Apple Watch you purchased. This applies to all models sold, including the Sport and regular models. Target is discounting certain models of the iPhone 6s and 6s Plus as well.

First, the Apple Watch offer only applies if you are signing up for either an installment plan or a two-year contract through AT&T, Verizon, or Sprint. If you’re on another carrier, such as T-Mobile, you can’t take advantage of the deal. This offer is also valid in-store only and ends later this week on Saturday, November 7th.

Clearly the Apple Watch is the better deal, though. But to get either, just head to your local Target store between now and November 7th. If you don’t know where one is, use the store locator on their website.