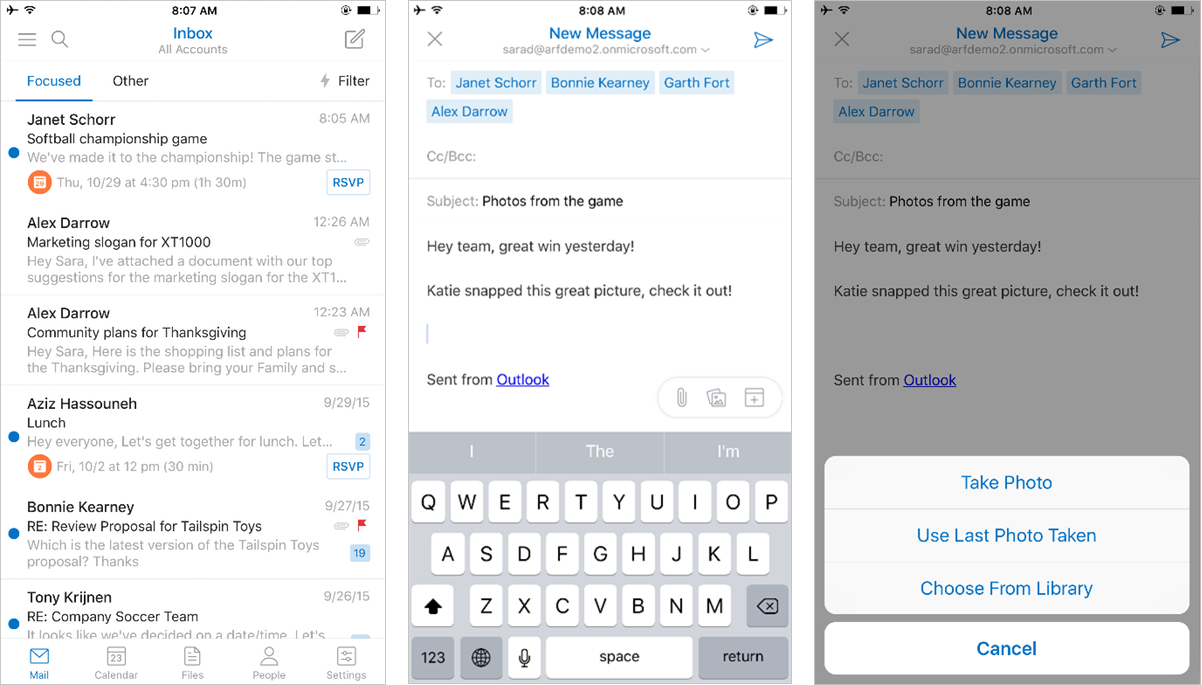 Developers of Microsoft-owned calendar app, called Sunrise, announced in a blog post that the app won’t be receiving updates going forward as the team has worked hard on integrating Sunrise functionality into the Windows maker’s much-improved mobile Outlook client for iPhone and iPad.

At the same time, Microsoft announced that the mobile Outlook app has gone from a couple hundred downloads to more than thirty million installs on smartphones and tablets.

“Today we’re thrilled and humbled to share that almost 30 million people are active users of Outlook on their smartphones and tablets,” Javier Salter, corporate vice president for the Outlook team, wrote in a blog post.

Sunrise: a feature of Outlook

Now that Microsoft’s Outlook app has received the Sunrise touch, Sunrise’s existing mobile app will no longer be updated.

“As the entire team is completely focused on the Outlook for iOS and Android apps, we won’t be updating the Sunrise apps anymore,” they said. “We won’t lie, it’s tough for us to leave behind the apps we’ve been working on so passionately for the past years.”

That shouldn’t pose a major problem as some Sunrise features are now available in Outlook, with more to come by the end of this year like Interesting Calendars, Connected Apps and 3-day view.

“We will leave Sunrise in market until its features are fully integrated into Outlook, the exact timing of which we will communicate in advance,” Microsoft itself confirms.

The overhauled Outlook experience on mobile starts with the rethought message list which now features event icons to easily spot the details of the proposed event with a clear action to RSVP right from the inbox.

The flag and attachment icons are more prominently displayed and the attachment options on the mail compose screen are simplified (both File and Photo attachments are now available in one tap), The Calendar icon now shows today’s date and the Today button moves dynamically as you scroll through your calendar. 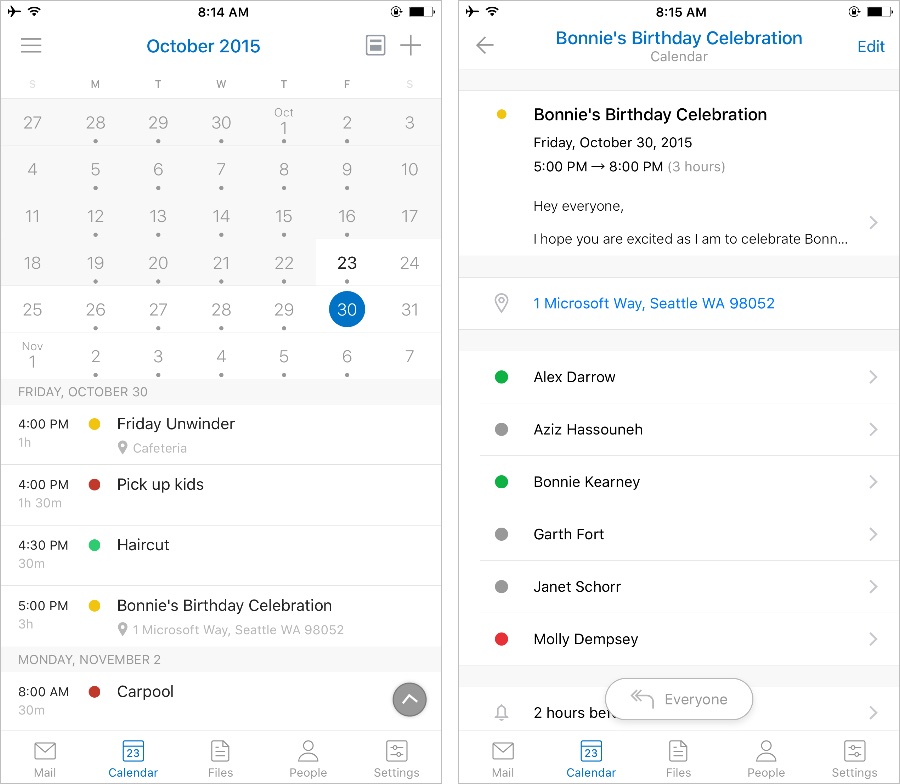 Core information like date, duration and location is now grouped at the top and attendees now have green, gray and red icons that represent their responses to your invitation. “We also improved navigation around the app and made key features more prominent—so you can do more with fewer taps,” Microsoft said.

As mentioned, Outlook for Apple Watch is now fully native. Aside from better responsiveness, courtesy of watch OS 2, and its prettier appearance, the app makes you more productive as well.

Now all of your recent emails, read or unread, are accessible through the device and there’s a handy Complication for your watch face with support for Apple’s Time Travel feature that lets you turn the Digital Crown on the watch face to see future events.

Both Outlook and Sunrise are free downloads from the App Store.