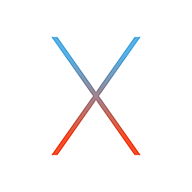 It’s only been 6 days since the public edition of the prior version of Apple’s desktop OS, OS X 10.11.1, was released. Unlike today’s earlier iOS update, Apple is being fairly mum about the contents of its new beta for El Capitan.

And that’s pretty much it. Maybe that’s truly all there is to report at this time, and it’s likely that this is just a bug fix release and nothing more.

Along with the El Capitan beta, Apple also released a new beta version of its Configurator software, which is used to deploy similarly or identically configured iOS devices en masse.

There’s no word on when Apple will release a public beta version of OS X 10.11.2, but if and when it does, we’ll be sure to let you know.