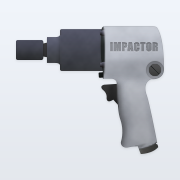 Here’s a piece of news that kind of flew under the radar during saurik’s update of Cydia Installer earlier today—he’s apparently working on  providing a version of Cydia Impactor for iOS 9 firmware, too.

Cydia Impactor was the groundbreaking jailbreak release that allowed iOS 8 jailbreakers to perform an erase and restore on their devices without necessitating a software update. It basically allowed you to use iOS’ Erase all Content & Settings feature in such a way that it worked with jailbroken devices.

That tool was groundbreaking, because jailbroken devices, up until that point, were never capable of using this built in iOS feature. Cydia Impactor adds significant peace of mind to jailbreakers, because if something goes wrong with a jailbroken device, it’s possible to restore on the same firmware, and re-jailbreak.

In the past, jailbroken iPhones that needed to be restored were forced to update to the latest firmware, which, more times than not, would render the device un-jailbreakable. As you might have noticed, Cydia Impactor doesn’t currently work for iOS 9, but saurik is working hard in an effort to fix that.

Here is an excerpt taken from saurik’s update notes for Cydia Installer 1.1.25:

…Meanwhile, I’ve been spending most of my time for days working on updating the Eraser feature of Cydia Impactor to support iOS 9, as Pangu is now doing something more complex that I previously was not setup to “undo”, in addition to Apple making some changes to the OTA format….

So it definitely looks as if saurik is scrambling to get this tool out as soon as possible. And it only makes sense, with Apple releasing the jailbreak-killing iOS 9.1 today, with a surefire firmware window closure for iOS 9.0.2 in the not so distant future.

If you’re still confused about the value of Cydia Impactor, then I urge you to watch this video:

In the video, I show you how to unjailbreak your iPhone using Cydia Impactor. Again, this method was never possible before this tool arrived. You can’t simply use the Settings → General → Reset → Erase all Content & Settings option on a jailbroken device; it won’t work, and what’s worse, 9 times out of 10 it will put your device into an unrecoverable boot loop.

Cydia Impactor opens up the way to restore back to a clean device, and remain on firmware that can be jailbroken. This is great if you wish to sell a device, and maintain its jailbreak-ability. It’s also a great tool for those times when you just want a clean start, and still wish to jailbreak.

We will be back with more details on Cydia Impactor for iOS 9 once it drops, which we suspect will be sooner than later. In the meantime, let us know your thoughts on this news in the comments.