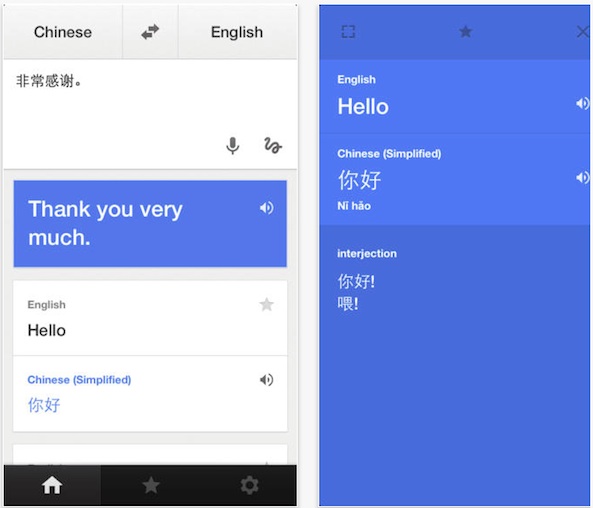 Google’s native translator app in the App Store has received a productivity-focused update earlier this morning. The free of charge software was bumped to version 4.2 and the big news in this edition is support for iOS 9’s side-by-side Split View multitasking mode on supported devices like the iPad Air 2, iPad mini 4 and the upcoming iPad Pro.

In addition to Split View multitasking, Google Translate 4.2 for iOS has picked up camera translation from German and English to Arabic, joining other language packs.

With Split View multitasking on the supported iPads, users can easily run Google Translate side-by-side with another app. Say you’re researching something on the Internet or working on a document for a foreign client.

With Split View, you can copy and paste translations from Google Translate to your document without switching apps.

As for camera translation, this is a pretty radical feature that you should definitely take for a spin. You just point your iPhone’s camera at something and any words in the scene will be analyzed, with real-time translations pasted over the live video feed!

Here’re all the new features and refinements in Google Translate 4.2:

The app lets you translate to a total of 90 languages, or use your iPhone’s camera to translate text instantly in 26 languages. Two-way automatic speech translation is supported in 40 languages.

Google Translate also supports drawing with your finger as a keyboard alternative and lets you take pictures of text for higher-quality translations or for languages not supported by instant camera translation.

As of yet, Google Translate lacks an Apple Watch app for your wrist.

Grab Google Translate at no charge in the App Store.