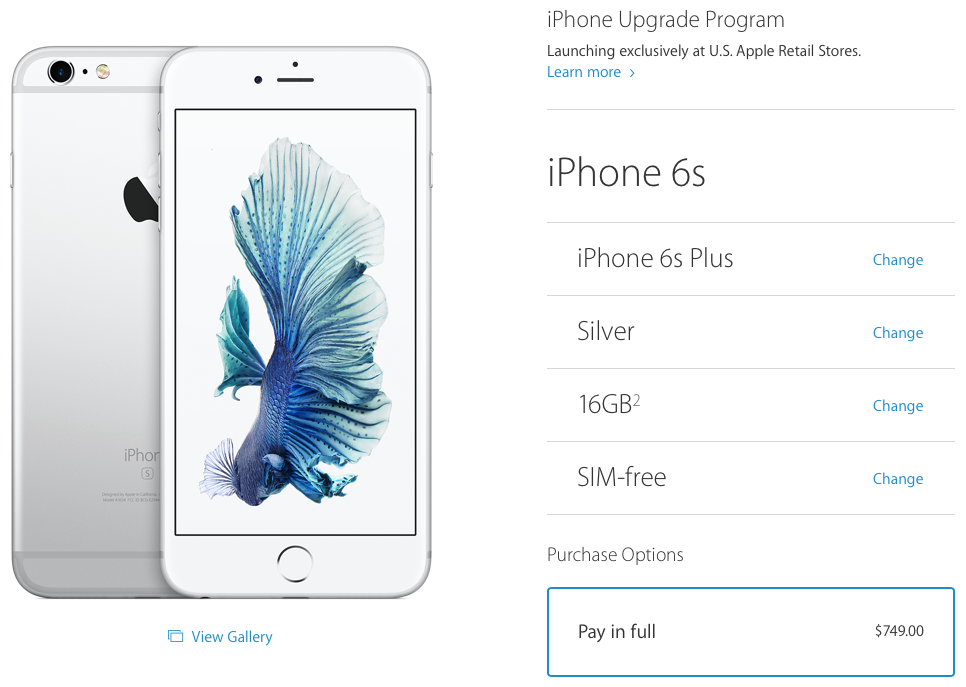 Heads up to those of you who have been waiting for SIM-free iPhone 6s and 6s Plus handsets. As noted by MacRumors, Apple on Thursday night began offering SIM-free models of its latest smartphones via its web store.

While you could previously buy the iPhone 6s at full retail, they have, until now, included carrier-specific SIM cards. These new models, as the name suggests, do not include any kind of SIM card, meaning they are unlocked.

The SIM-free iPhone comes without a wireless contract commitment or carrier financing. It doesn’t come with a nano-SIM card for iPhone 6s, iPhone 6s Plus, iPhone 6, iPhone 6 Plus, or iPhone 5s. And because it’s unlocked, it isn’t tied to one carrier, so you can get a nano-SIM from any supported carrier worldwide, such as AT&T, T-Mobile, Verizon, or Sprint in the United States.

The SIM-free iPhone 6s is model A1633, and the iPhone 6s Plus is A1634. As Apple notes, these phones come without any kind of carrier financing, so you’ll have to pay full retail The devices start at $650 and 750, respectively.

If you’re interested, you can find the new SIM-free iPhones on Apple’s website. Just select the SIM-free option when configuring your handset.