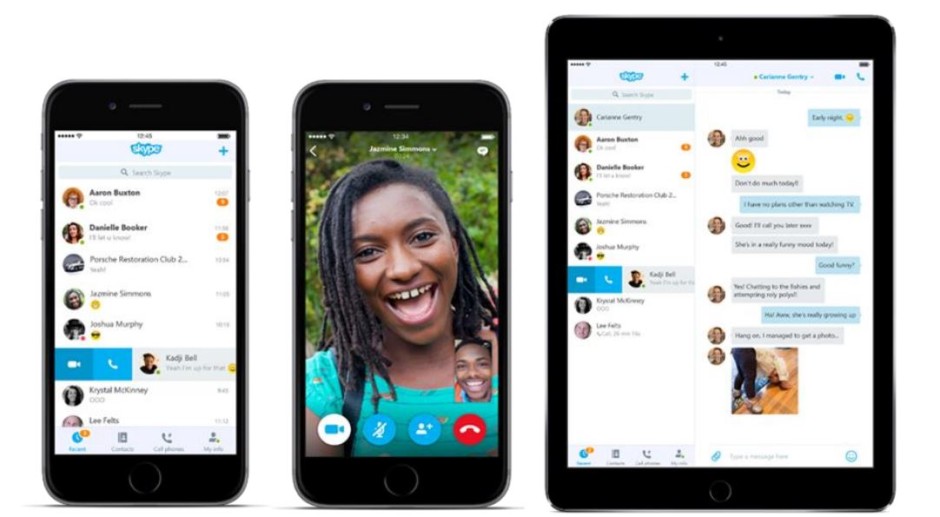 Microsoft-owned Skype for iPad was refreshed in the App Store earlier this morning with support for new multitasking features provided by iOS 9. It’s now easier to chat with friends on Skype while surfing the web, reading your email or running other apps in side-by-side Split View multitasking mode (requires iPad Air 2 or iPad mini 4).

In addition to Split View, Skype for iPad also supports Slide Over mode. Both instant messaging and voice calling are supported in Split View and Slide Over.

In addition to full iOS 9 compatibility and new iPad multitasking features, this edition of Skype takes advantage of new iOS 9 APIs to allow you to respond to Skype messages directly from the notification banner (like Quick Reply for Messages), without needing to open Skype.

Next, the app lets you start chats with Skype contacts directly from Spotlight Search and you should notice some improvements for Skype’s low call volume issue.

In addition to Skype’s iOS 9 compatibility update on iPads, the Mac edition of the VoIP software was refreshed with support for the newly releases El Capitan software update.

Skype 7.13 for Mac also brings support for El Capitan’s Split View full-screen multitasking mode. Other changes include an option to automatically add people you know from your Mac or other address books via Contacts > Add Contacts and the ability to verify your mobile number within the app so that people who have it can easily find you on Skype.

Both Skype for iPad and Skype for iPhone and iPod touch are available at no charge in the App Store. The Mac edition of Skype can be downloaded here.