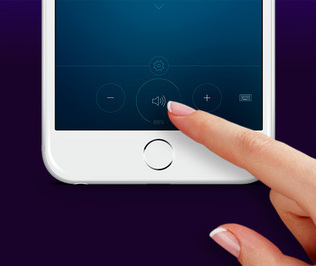 I was researching software remotes for the Apple TV the other day and stumbled upon CiderTV by Aivee Apps. But wait, doesn’t Apple’s own Remote app for the iPhone and iPad get the job done?

Er, not quite. It’s buggy, slow and just a pain in the you-know-what. I want a solution that goes beyond Remote’s basic functionality, with features like richer gestures and DLNA volume control for compatible TV sets.

That way, I wouldn’t have to constantly juggle between the tiny Apple TV remote and another one for my TV. CiderTV does just that—and then some more—and is available at no charge.

Before you can use CiderTV as a soft-remote, you must first register the app with your set-top box. To do so, just fire up CiderTV on your iPhone, and type in a four-digit code shown on the screen by going to Settings → General → Remotes on your Apple TV. 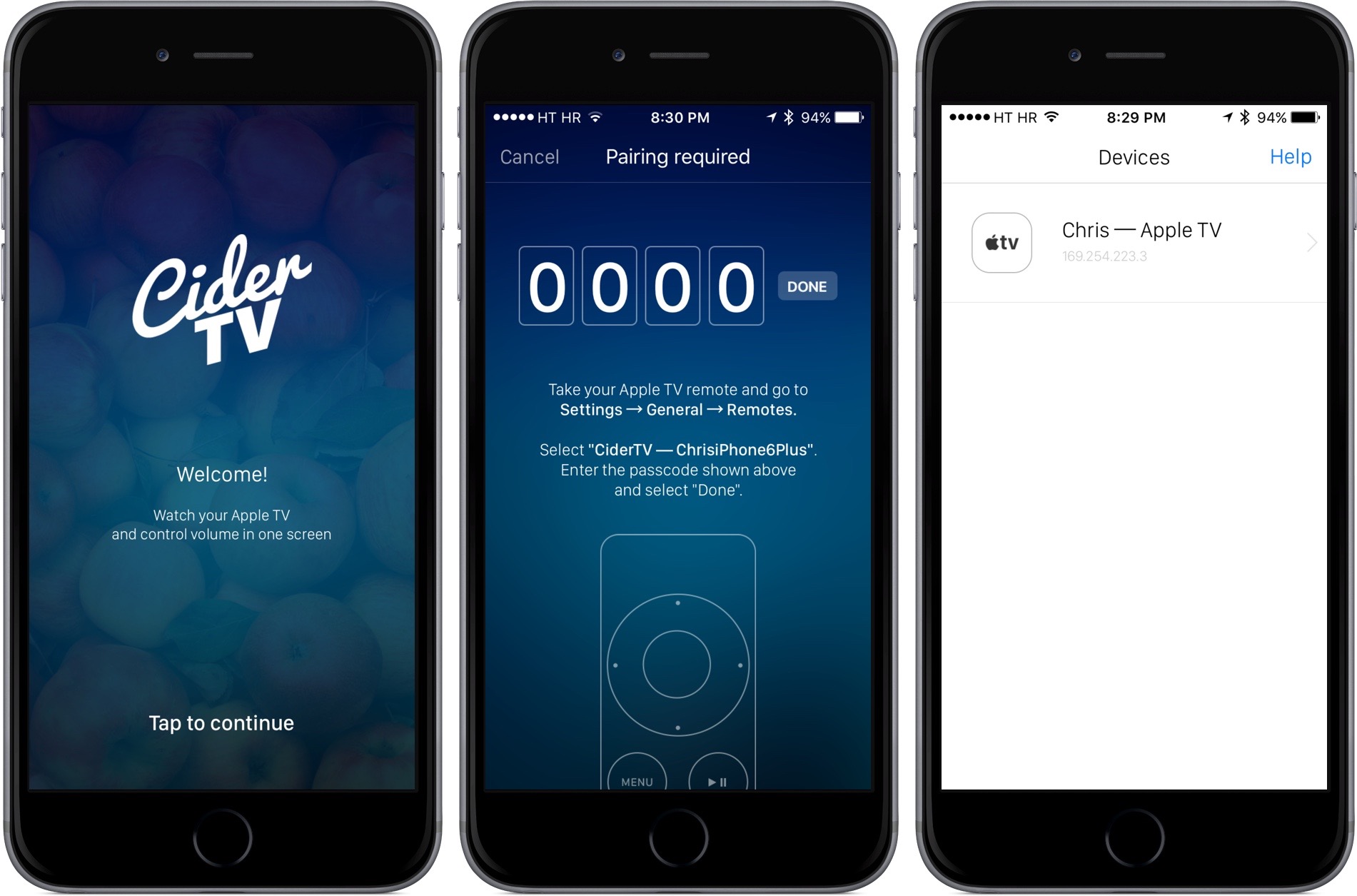 Both your Apple TV and iPhone running CiderTV must be connected to the same local Wi-Fi network or they won’t see each other. Don’t worry, connecting a software remote won’t unpair the hardware remote or other software remotes.

To set up volume control, hit the gear icon above the volume slider and CiderTV will scan DLNA-compatible TVs connected to your home network via Wi-Fi or Ethernet.

Select your TV and you’re good to go. Keep in mind that certain Samsung Smart TV models might require additional pairing between the CiderTV app and the TV set.

Like Apple’s Remote app, CiderTV is heavy on gestures.

That’s expectable and quite appreciated given the Apple TV’s mess of an interface. You just swipe to select on-screen menus on your TV, double tap anywhere on the screen to go back and swipe to move between items.

This intuitive gesture control is particularly handy for nighttime. Instead of struggling to find that Menu button within Apple’s Remote app, just double tap anywhere inside CiderTV to go back a level. 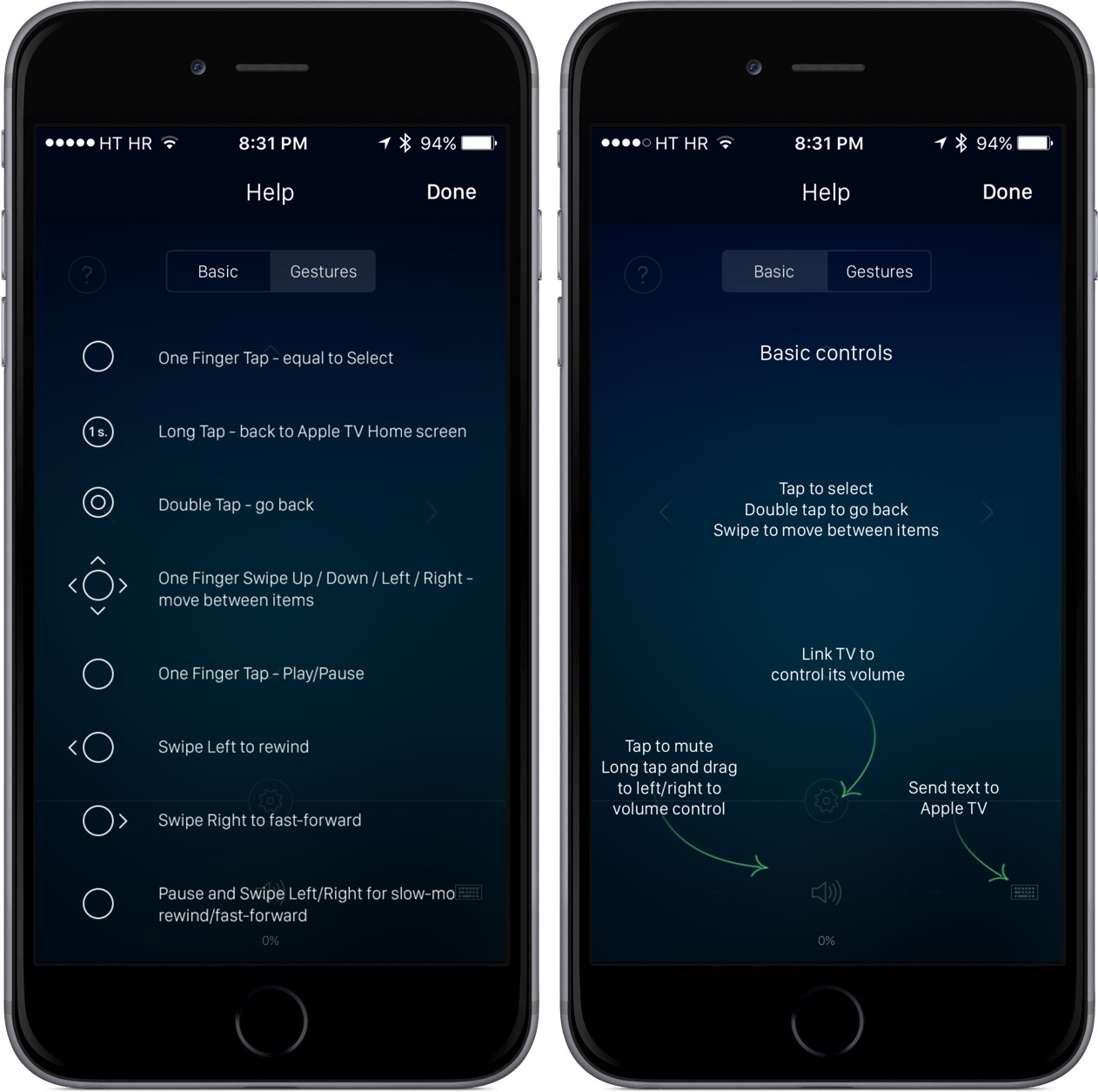 Long tap, for example, takes you back to the Apple TV’s Home screen regardless of where you are currently. When media is playing, use swiping to review and fast-forward or tap once for play/pause.

With playback paused, swipe left and right to slowly rewind and advance. And if some text needs inputing (for instance, you want to search clips in the YouTube channel), hit the keyboard icon in the lower right corner of the screen.

As per usual, certain limitations apply.

Unless your TV supports volume control over the IP protocol (DLNA) mode, you won’t be able to adjust its volume with CiderTV. And if your Apple TV is in sleep mode, CiderTV cannot turn it on and off.

To prevent deep sleeping, set Settings → General → Sleep after on your Apple TV to Never (not very eco-friendly, I know), which will keep the network stack alive.

I’m happy to report that I didn’t notice annoying lag when navigating my Apple TV with CiderTV. I especially like that developers addressed Apple Remote’s biggest annoyance—too sensitive scrolling.

CiderTV even lets you rename your Apple TV without fumbling with the menus: just swipe to the left over an entry in the device list and choose Rename, or Forget to disentangle the app from the console. 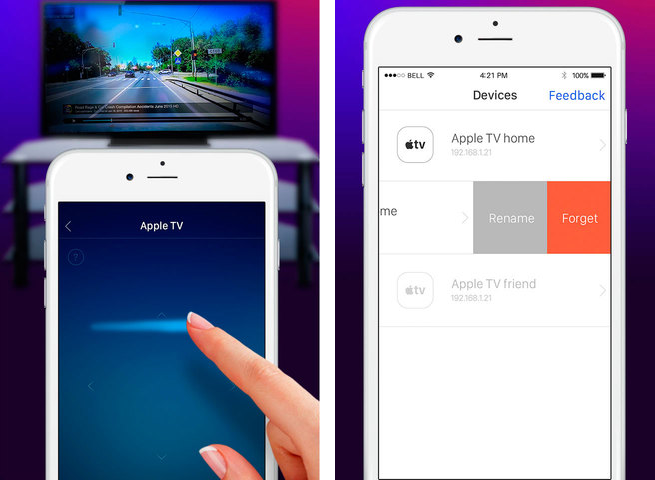 As a replacement for Apple’s own Remote app, CiderTV is definitely worth trying.

Not only is Apple’s Remote app lacking, but is plagued with some annoying shortcomings such as unreliable performance and non-existent DLNA volume support.

You might think this isn’t a big deal, but I disagree. Two separate remotes are normally needed to use an Apple TV: the stock aluminum remote to operate the box itself and your TV’s remote to adjust the volume.

At the very least, CiderTV saves you from the pain of switching between two remotes. Decide for yourself if eliminating the need to switch remotes when controlling the volume is worth the trouble to you.

CiderTV requires an iPhone or iPod touch with iOS 7.0 or later. The app lacks native iPad interface and is English-only.

Grab CiderTV for free in the App Store.