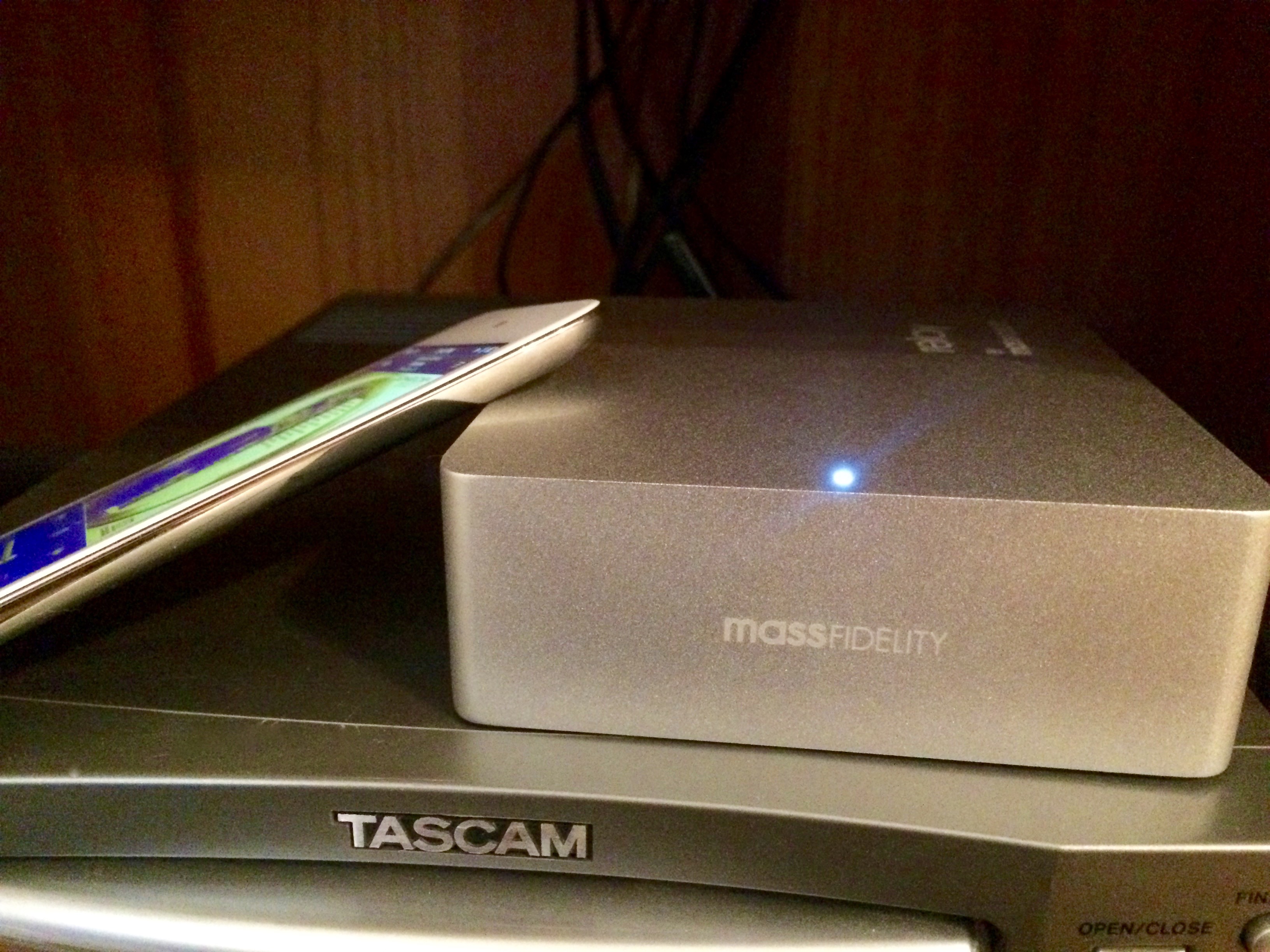 The one thing I detest about streaming music from my iPhone is the subpar audio playback. I come from the record player generation, when people listened to music on vinyl, of which I still have many hundreds. Digital music just sounds flat when played through most portable speakers.

The best way to fix the problem with tinny, flat audio is to invest thousands of dollars in speakers that will play your music the way it is meant to be heard. However, many of us already have a kickass stereo system and aren’t looking to buy a new one.

That’s where Mass Fidelity’s Relay comes in. It is a Bluetooth connected digital-analog converter (DAC) that connects to your existing speaker system for transmitting digital music to an analog stereo. That means, even if your stereo is 40 years old, as long as you can connect traditional RCA cables to it, you can stream music from your iPhone. We’ve got a hands-on review of the Relay for you today.

The Relay is a small box, about the size of Apple TV, milled out of anodized aluminum. It is fairly lightweight. In fact, I expected it to be heavier than it is based on its size.

The box features four ports and a button on the backside. One is for the power adapter, two are for the stereo RCA hookups, and one is to attach the included antenna. The button triggers the Bluetooth pairing. Other than the backside and the rubber feet and LED light, the box is almost featureless.

The package comes with the antenna, a traditional left-right RCA connector (with RCA on both ends), a digital RCA connector (a 3.5mm digital connector on the one end), and a DC power supply with three international adapters so you can use it with a multitude of speakers in a variety of countries. 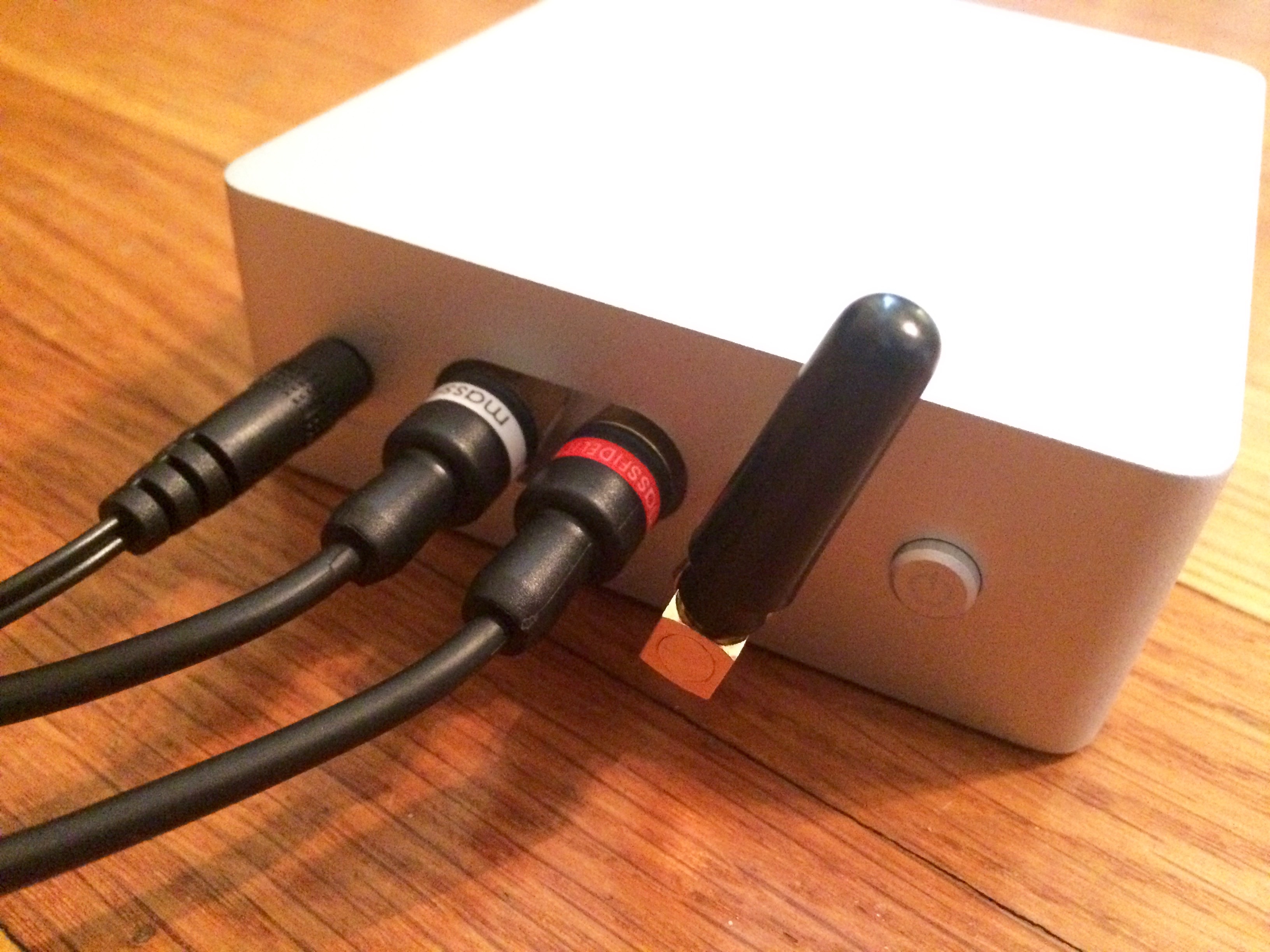 The instructions boast a one-minute setup and that’s no joke. The hardest part about setting up the Relay was pulling out my receiver so I could reach the backside and find an empty slot to plug the RCA connector into. Everything else was slick and easy.

Once everything is connected, which might be a lot easier for you if your stereo is in a more convenient spot than mine, all you have to do is press the power button (also known as the Bluetooth pairing button). When the indicator light turns white, pair it with your iPhone and start playing music.

You don’t have to turn off the Relay when you are done playing music. After 30 minutes of nothing, the device will power down. You can turn off the automatic shutoff feature, but it is convenient because you won’t worry about drawing extra power unnecessarily by having it always on.

The Relay doesn’t work with any specific software. As long as you have Bluetooth, you can use it to play audio through the DAC, whether it is from Spotify, Rdio, Pandora, or Apple Music.

The quality of the Relay makes it stand out from other DACs I’ve tested in the past. There is zero lag and no skips and the level of audio playback is indistinguishable from that of a CD. I tested it. With a CD copy of T-Rex’s Slider in my stereo and the album called up on my iPhone, I switched between the two and literally could not tell the difference.

Because the relay works with any speaker with an AUX input, you can connect it to any stereo in the house. I decided to test its compatibility by connecting it to a 25-year old receiver with 40-year old speakers connected to it. It worked perfectly. And, it was pretty cool to hear music streaming from my iPhone to my vintage 1970s Pioneer CS-66 speakers. 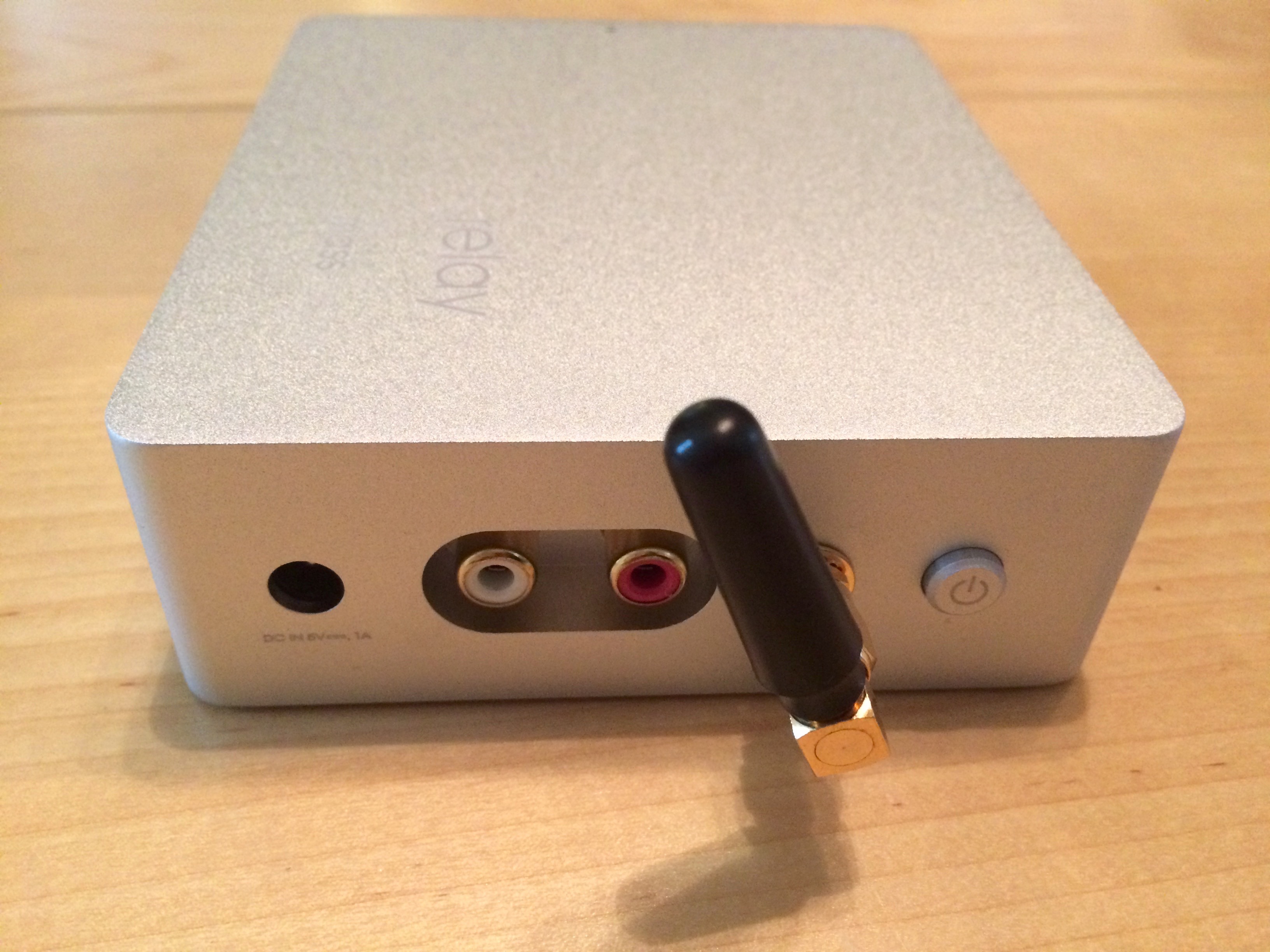 As noted above, it’s all about the quality of the playback. No matter how good your portable Bluetooth speaker is, it will never be as good as your home stereo speakers and this DAC provides a pitch-perfect replica of CD quality sound. So, streaming music from your iPhone will only be limited by your home sound system.

Only one device can be connected to the Relay at a time. It features something called “PartyPairing,” which allows you to quickly pair a new device without having to reset and hit the Bluetooth pairing button. However, the first device has to have Bluetooth turned off before the second device can find the Relay.

Luckily, the Relay also features something called “TurboPairing,” which means the box remembers up to six devices at a time for faster pairing when you switch. 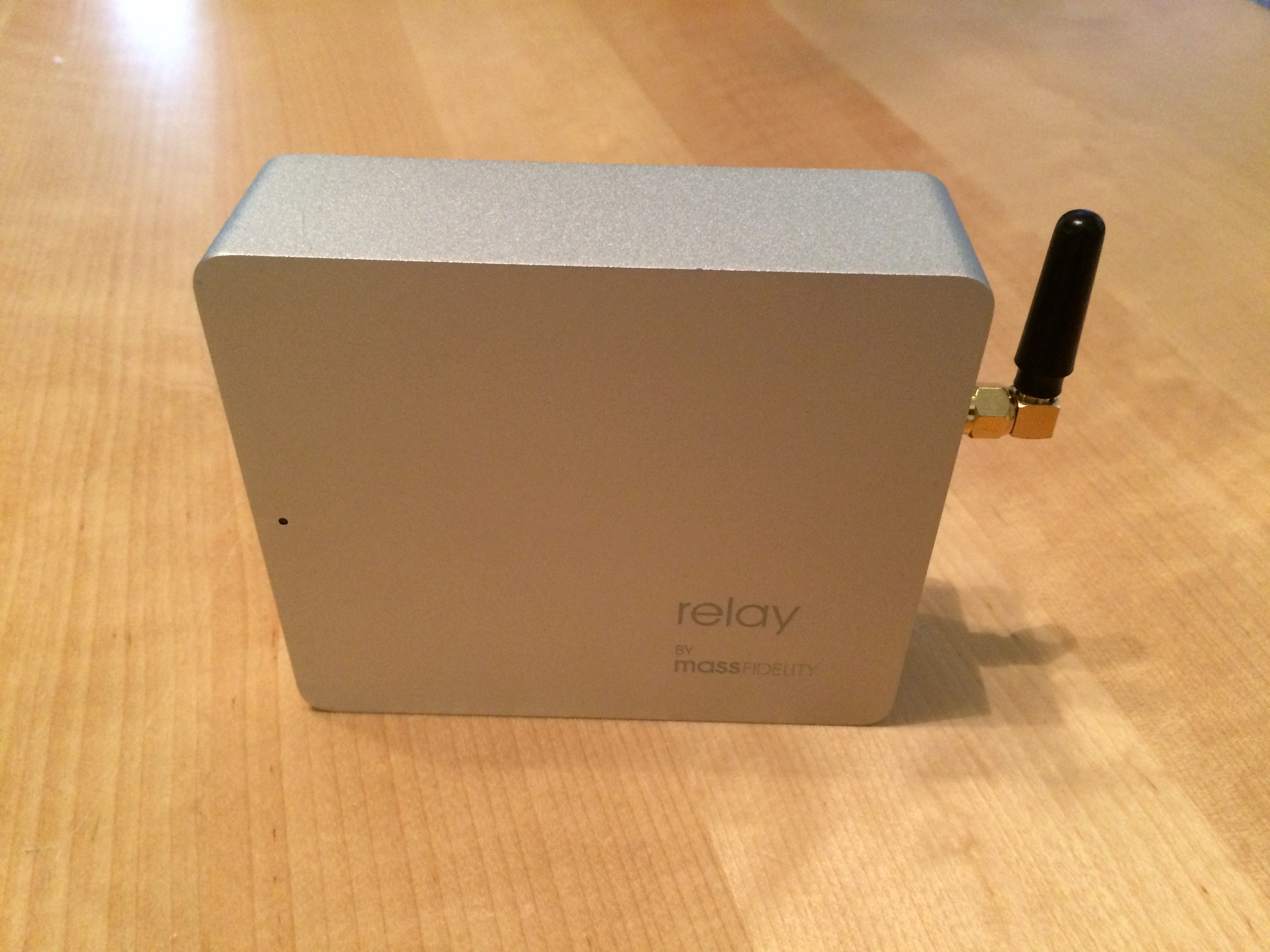 The Relay costs $249. Considering this can be used with any speaker system with an AUX input, you’re really saving a huge amount of money over investing in expensive Bluetooth compatible speakers. This device is incredibly sturdy and will likely last as long as, if not longer than, your home stereo speakers.

If you are concerned at all with the audio quality of digital music and have a nice home stereo setup, this is a golden investment.

What do you think of this hi-fi DAC? Let us know in the comments below.