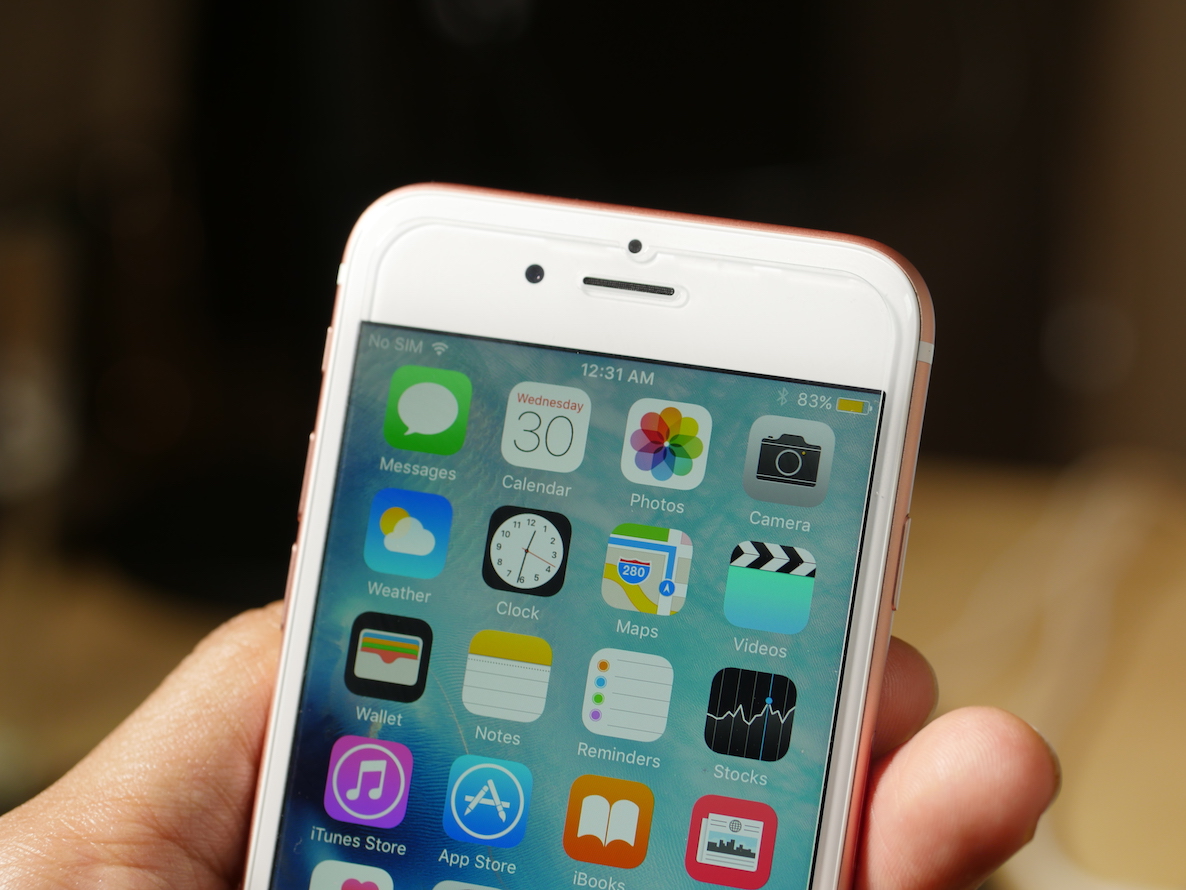 What’s more, Low Power Mode significantly reduces the clock speed of your iOS device. We’ve seen before and after benchmarks with older iPhones involving Low Power Mode, but what about Apple’s just-released iPhone 6s? How much of an impact does Low Power Mode have on it? 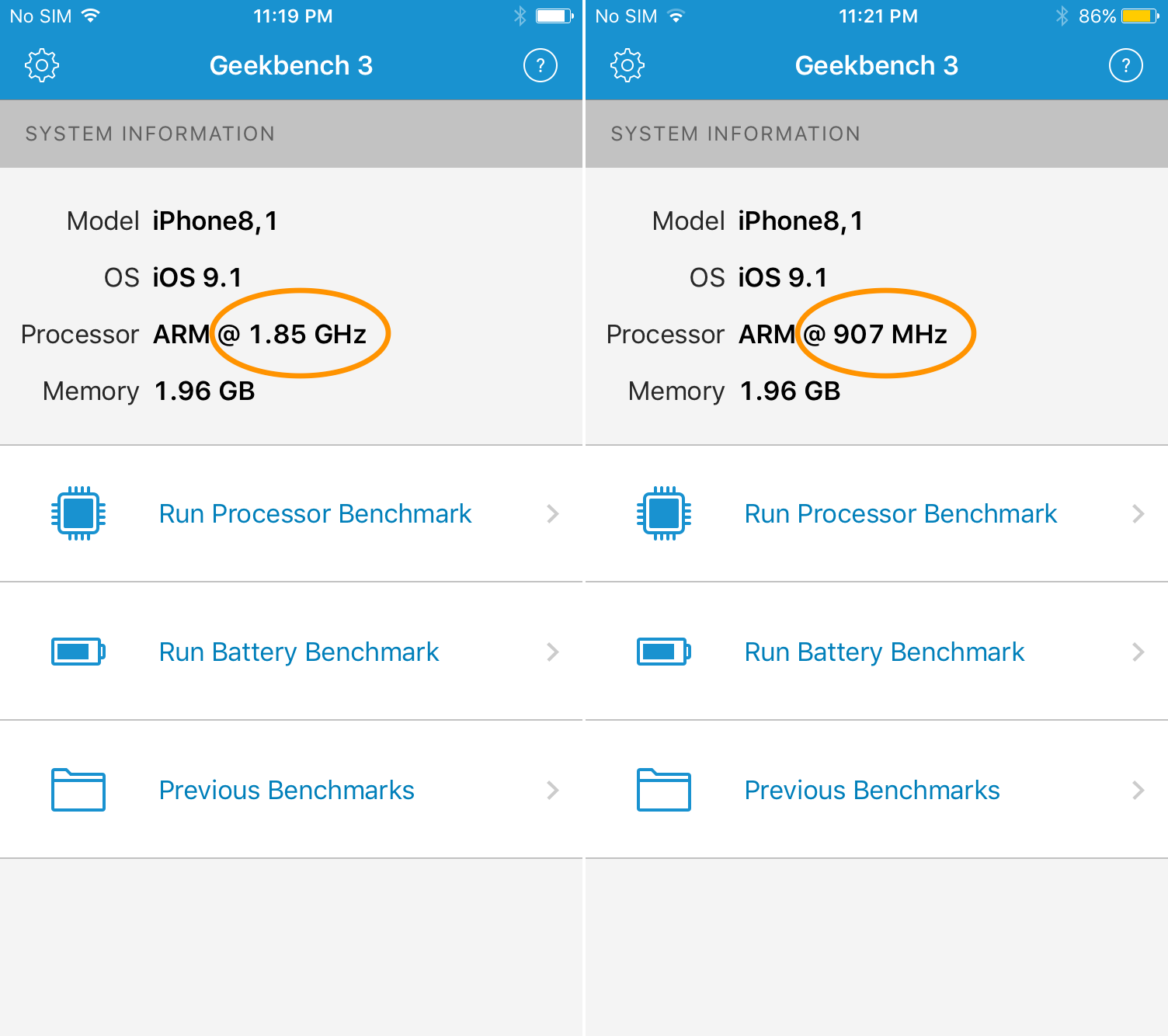 Just look at that Processor speed difference. What started out as a 1.85 Ghz Processor got down-clocked to 907 Mhz. That’s a 50.9% difference in clock speed. The Low Power Mode switch is thus a powerful throttle, probably more powerful than most thought.

With this in mind, it’s no wonder why Low Power Mode can save so much battery life. It’s basically taking your iPhone 6s back two generations to iPhone 5s territory: 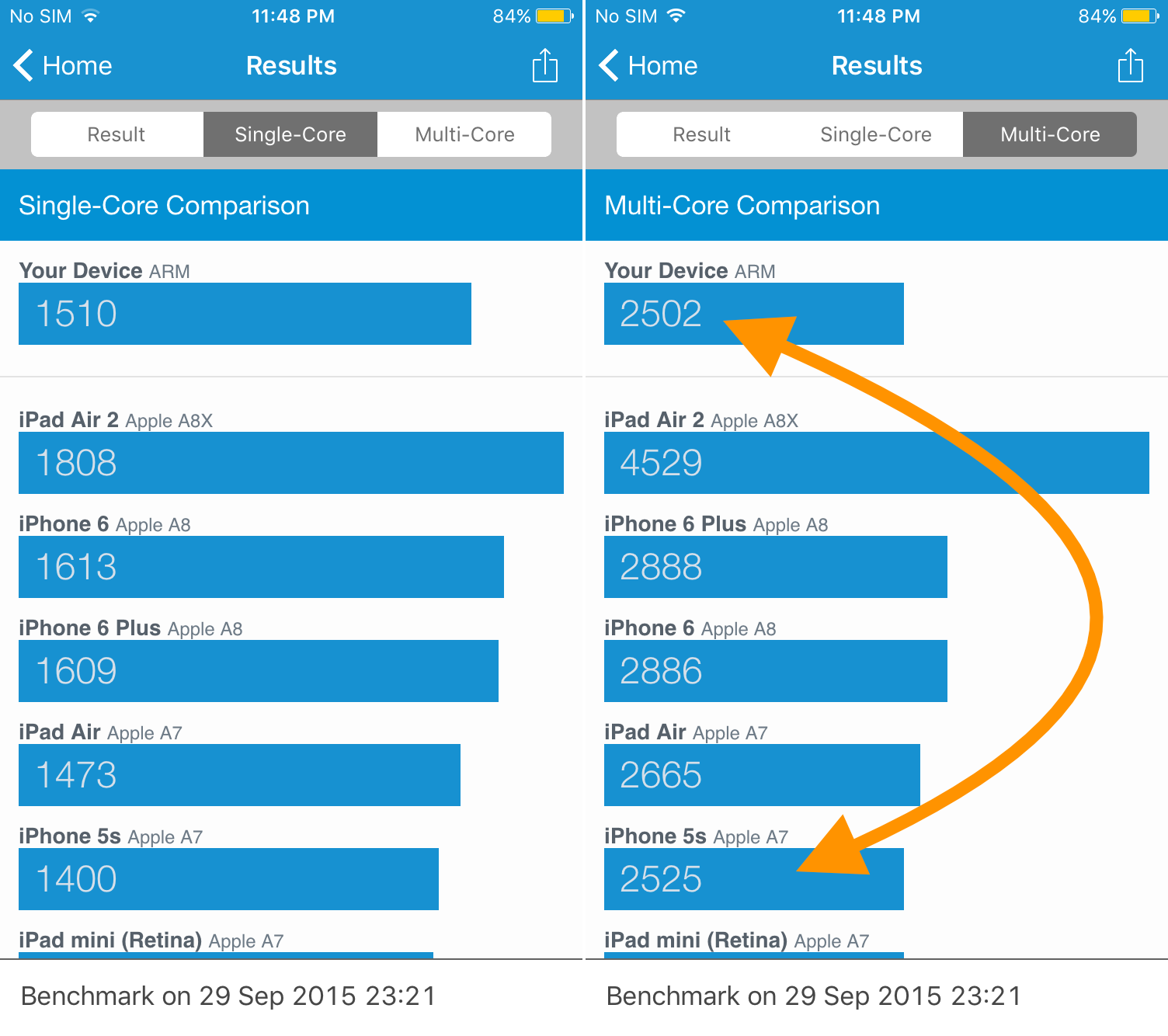 It’s one thing to use Low Power Mode at times when you’re low on battery, but it’s a whole another thing to walk around with what is essentially an enhanced iPhone 5s in your pocket all day long. Maybe it would be different if Apple placed a toggle in Control Center to quickly enable and disable Low Power Mode, but I just don’t know why anyone would want to gimp their brand new powerful iPhone 6s for an extended amount of time. 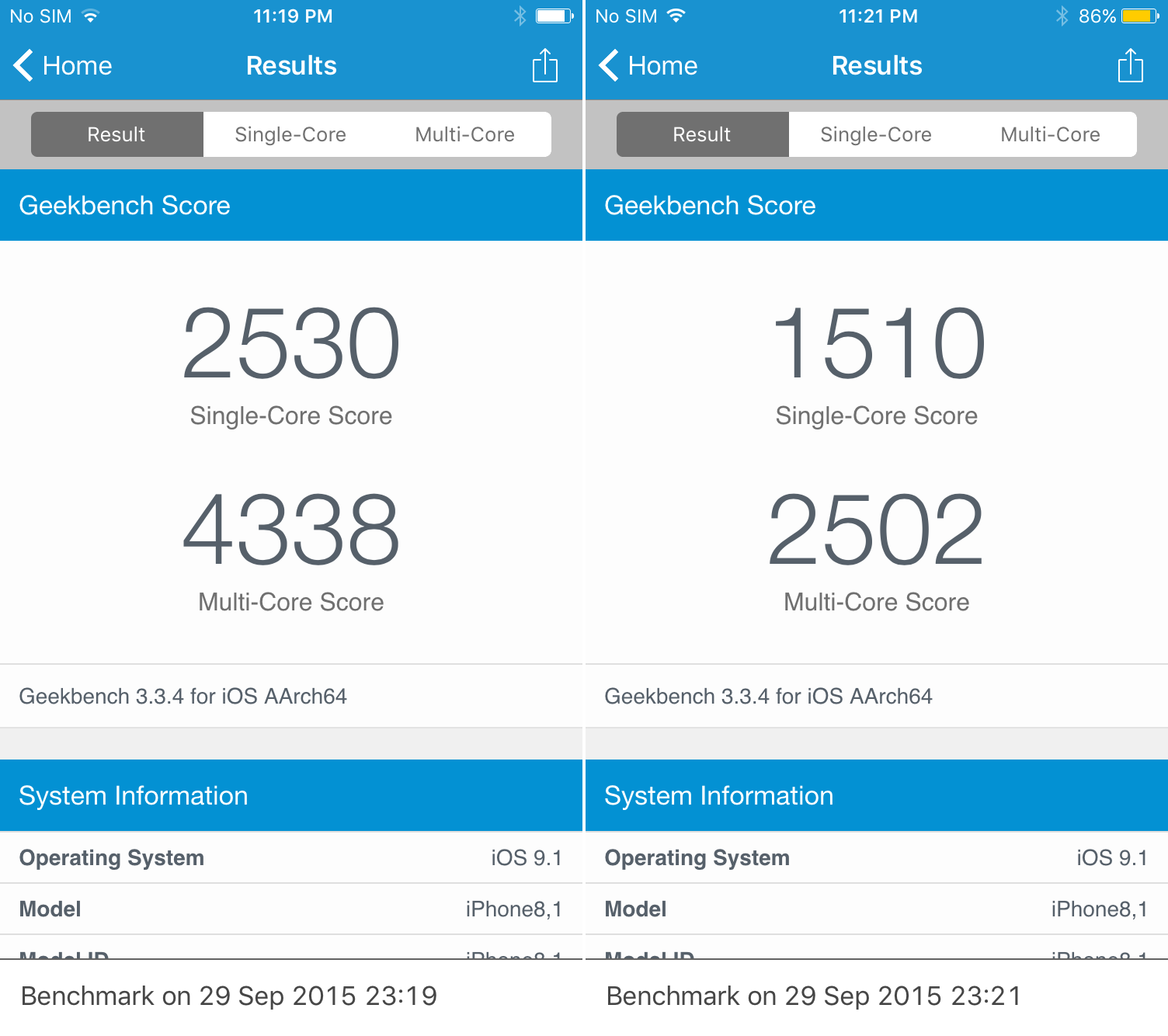 Earlier today I posted several ways to save battery life on the iPhone 6s, but none of those methods will be able to compete with throttling the processor by 50%. That’s where Low Power Mode has the upper hand over all other battery saving strategies.

Low Power Mode is great for those times when you need to make your phone last when it’s on its last leg of battery. But actually using your iPhone for an extended time while Low Power Mode is enabled just doesn’t seem like a good idea after looking at these benchmarks. Granted, the iPhone 5s is still no slouch, but why gimp such a beastly phone for long periods of time?

What do you think? Would you consider using Low Power Mode all day long?