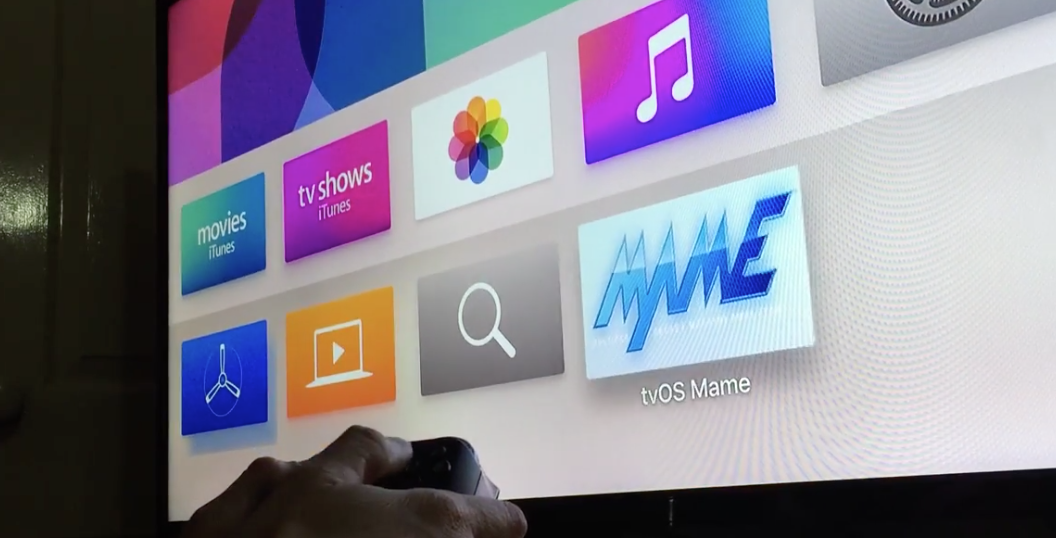 The new Apple TV, which still lacks an official launch date, but is scheduled to touch down sometime in late October, is looking like quite the winner. Not only do the apps look great, but the Siri remote looks lightyears better than its predecessor. Even more exciting, for me however, is the prospect of running old school games by way of emulators.

While it’s doubtful that we’ll ever see emulators allowed in the App Store, users can now take it upon themselves to side load apps using Xcode 7. With this in mind, several developers have taken the initiative to create Apple TV emulators. One of the latest emulators to be shown off is a MAME emulator by developer Kevin Smith.

MAME stands for Multiple Arcade Machine Emulator, and as its name states, it allows gamers to emulate games from a variety of arcade hardware. As first spotted by MacRumors’ Juli Clover, Smith has posted a video of the his MAME emulator running on an Apple TV dev kit.

In the video, Smith shows off multiple games, including Donkey Kong, Galaga (my personal all time fav!), Metal Slug, Raiden, and more. All of the games were played with a Steel Series Bluetooth controller that was paired with the Apple TV. The controller seemed to be a little on the clicky side, which sounded annoying, but everything else about the setup looked incredible.

I personally cannot wait to get my hands on this thing. It’ll be one of the first apps that I side load upon the Apple TV 4th generation’s arrival on my doorstep. What do you think?