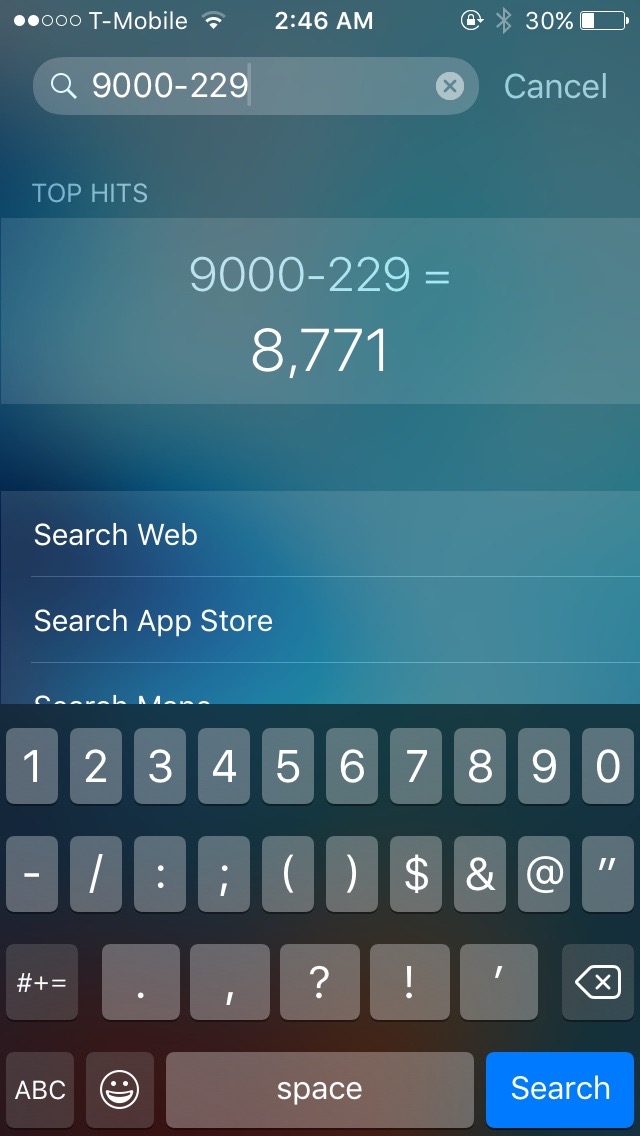 One of my favorite things about Spotlight and Alfred on OS X, is that both allow me to quickly churn out quick answers to simple math problems. Prior to iOS 9, Spotlight on iOS was extremely limited, but thanks to some major effort on the part of Spotlight’s engineering team, the search feature is starting slowly creep towards its feature-rich big brother on Mac.

One detail that’s been flying under the radar is Spotlight’s new ability to solve simple math problems directly from the Spotlight interface. It’s like having a calculator app that’s readily accessible with just a simple swipe from the Home screen.

Here is how the exact same query looks in iOS 8…yeah, nothing happens… 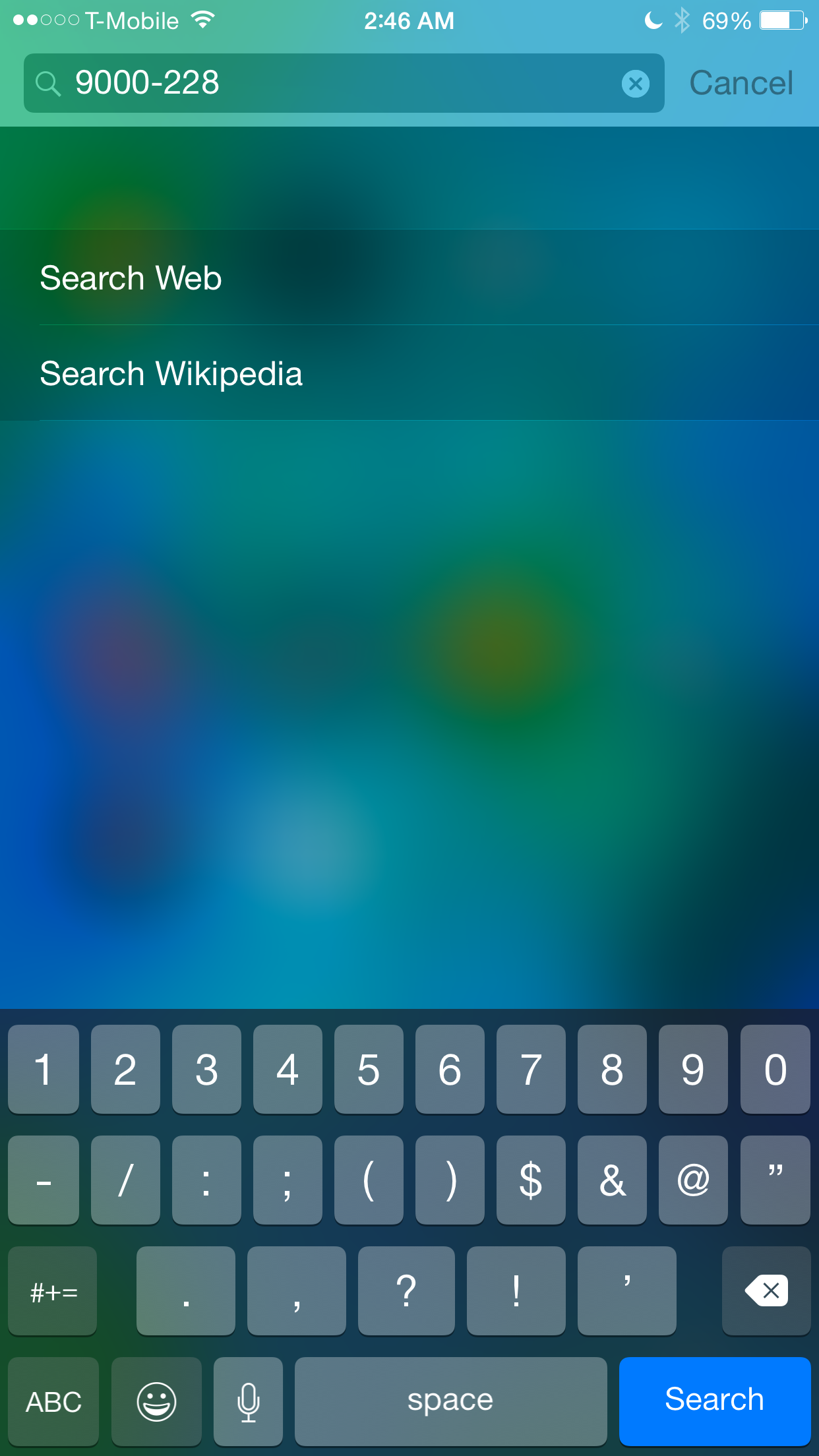 It’s the little features like this that will convince me and others to use Spotlight search in iOS 9 more regularly. In versions previous to iOS 9, Spotlight was more of a forgotten afterthought. 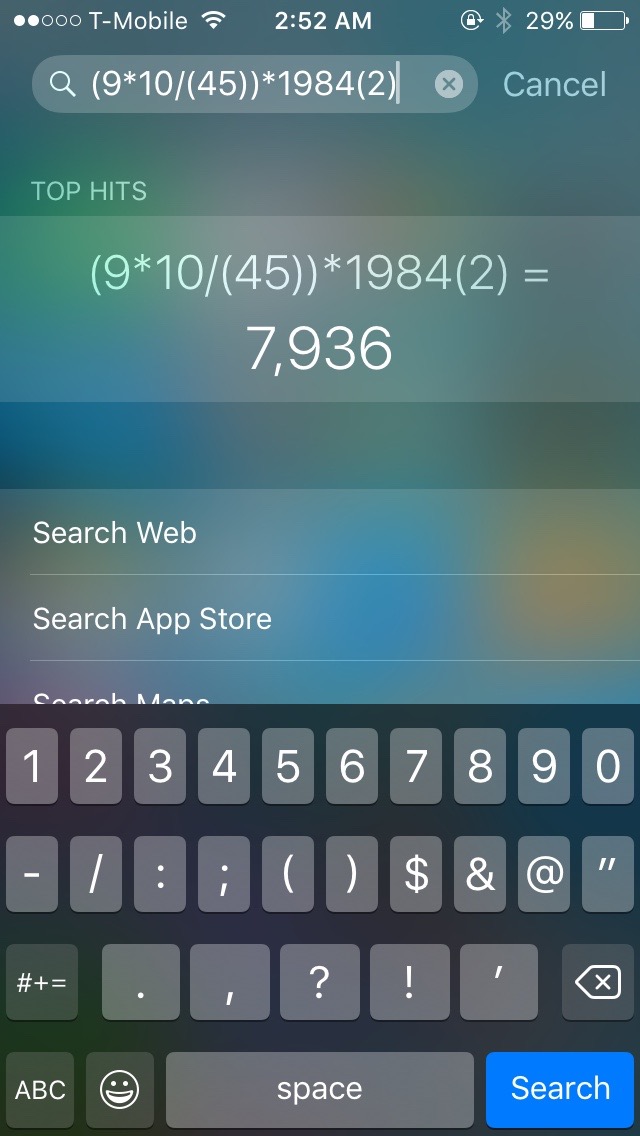 It can even get a bit more complex if need be

As noted, Spotlight has received a ton of attention with this OS update. One of my other favorite features is its ability to search directly within the contents of apps. Then there’s Siri suggestions, News, Nearby shortcuts, etc.