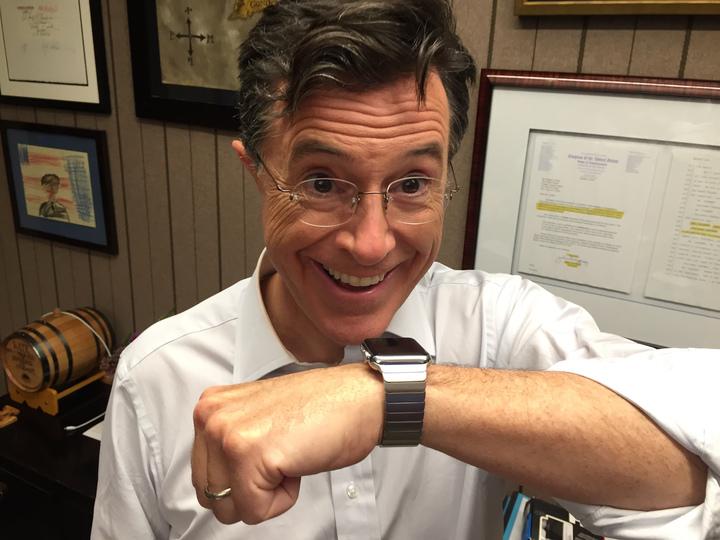 Apple CEO Tim Cook will appear on the new “Late Show with Stephen Colbert” next week. Colbert made the announcement himself via Twitter, posting a picture of him using an Apple Watch asking Siri to add Cook to his calendar.

For those unfamiliar with the program, the Late Show is a primetime talk show that began in the early 90’s with host David Letterman. In May, Letterman retired, and popular TV personality Stephen Colbert took his place this month.

“Siri, put Apple CEO Tim Cook on my calendar for Tuesday, Sept. 15. Oh, and come up with some questions to ask him.” pic.twitter.com/mXutum0Bp6

Since the new show went live on September 8, Colbert has interviewed a wide-range of guests, including actor George Clooney, U.S. Vice President Joe Biden, and Tesla CEO and founder Elon Musk—whom he fears may be a super villain.

Cook’s appearance on September 15 comes just a week after Apple’s big media event, where it unveiled new iPhones, an iPad and Apple TV. The Late Show airs at 11:30 pm on CBS, and the show uploads most major interviews to YouTube.