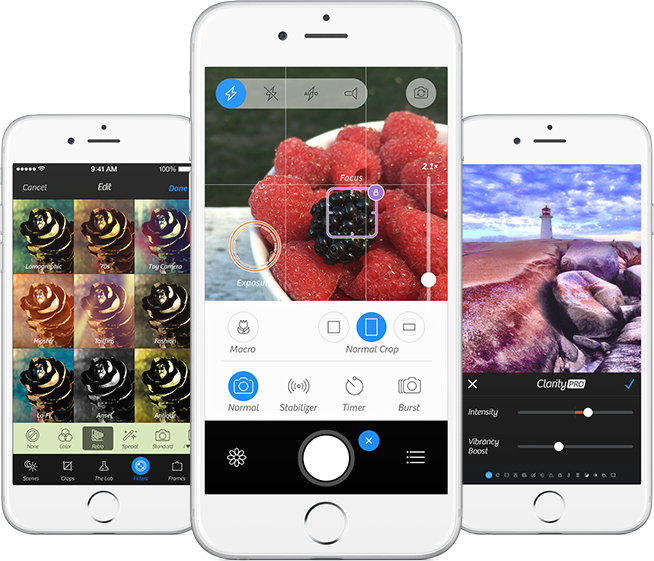 Camera+, a $2.99 download, is my favorite all-in-one iPhone photography solution that I highly recommend to anyone interested in getting the most out of their iPhone’s camera.

The gorgeously done app isn’t exactly an insta-purchase and went free just once since its October 2012 App Store debut. For many casual photography fans, burning their hard earned cash on Camera+ isn’t justifiable.

Indeed, some rather capable photography apps are available at no charge.

Taptaptap, the developers behind Camera+, at long last on Thursday released the free edition of Camera+ so the “I don’t pay for apps” response no longer applies. In addition, they’ve outlined several new features coming to future releases.

For those wondering, the free edition of Camera+ comes with In-App Purchases for advanced shooting modes, allowing users of the free app to easily upgrade to the full Camera+ functionality, should they choose so.

By the way, Camera+ is an iOS-exclusive application which currently has an astounding fourteen million paid users.

In addition to the new free edition of Camera+, the paid app was bumped to version 7.0. There are no other major new features in Camera+ 7 aside from a handy Macro button in the app’s Today widget within the Notification Center and a bunch of nifty swiping, pinching and tapping gestures to improve your overall experience when you use the app.

As mentioned, future Camera+ updates are already being worked on, some of which will bring out the following enhancements:

Beyond Camera+ 7.2, upcoming 7.3, 7.4 and 7.5 versions are amusingly code-named Leguminous Green Manure, Picasso Looked an Awful Lot Like Mr. Roper and Fume Hood, which might give you a hint as to some of the upcoming enhancements developers have in store for you.

Camera+ Free requires an iPhone or iPod touch with iOS 8.0 or later. The app is fully optimized for the iPhone 5/5s/5c, iPhone 6 and iPhone 6 Plus screen sizes and offers an Apple Watch app with a remote shutter functionality.