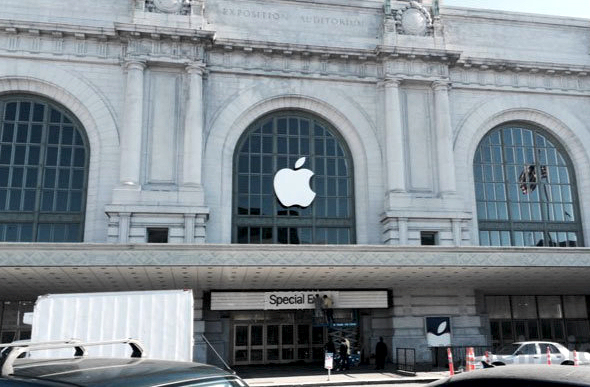 Popular Apple blogger John Gruber went with his gut on Tuesday, and reasoned that there would not be new a new iPad Pro revealed at today’s Apple event. His reasoning, I thought, was totally logical: Apple had too many other big items on its plate to give the iPad Pro the proper stage time that it deserved.

After mingling with those in the know out in San Francisco, however, it appears that Gruber is now convinced that there will only be one Apple event for the remainder of the year.

Despite how little sense it makes, the iPad Pro, if it indeed exists, will be revealed in just a few hours from now.

There’s a whole lot of smoke regarding the existence of a super-sized iPad, so it really does seem like we will see an iPad Pro revealed at today’s event.

Honestly, I was with Gruber. I shared the same sentiments about squeezing in so many big product releases into a two hour event.

I agree with all of this. I’d be surprised if we see an iPad Pro tomorrow. Doesn’t make sense to me. https://t.co/rk9Xc6btua

To me, it doesn’t make sense that Apple would shoehorn the iPad Pro launch into an event that’s jam packed with so many big releases. For a product this important to Apple, it just seemed more likely that it would dedicate a separate event to the Mac and to the iPad Pro. We understand that Apple was at least considering a separate event at one time.

That no longer seems to be the case.