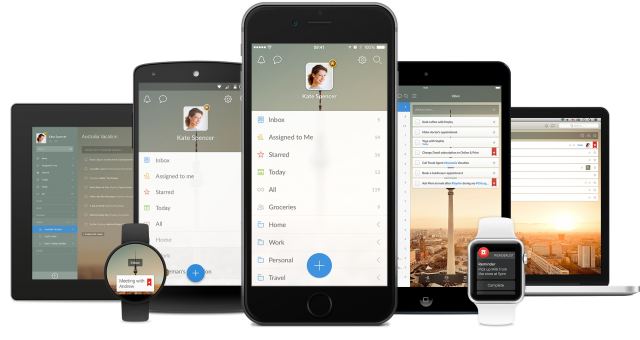 Wunderlist, the popular to-do list and tasks software that Microsoft purchased this summer, has received a few new features for the iPhone and iPad in its most recent update issued Monday, available at no charge in the App Store.

Wunderlist 3.3.1 now allows you to turn your list name into an emoji character icon. Due Dates and Reminders have been revamped and a new option added to settings to disable Smart Due Dates.

Enhanced emoji support lets Wunderlist users put any emoji at the beginning of a list name. The app will automatically create an icon for your list based on the used emoji.

And in addition to Facebook and Google+ users can now log in to the service with their Microsoft account. Other bug fixes and changes are listed in the following section.

A preview of Wunderlist for Windows 10 is available for download here.

The previous edition of Wunderlist put forth other improvements, including adding to-dos from your Apple Watch using Force Touch or dictation and adding list to a folder using a new Choose a Folder option.

Wunderlist, a 57.2-megabyte download, requires an iPhone, iPod touch or iPad with iOS 7.0 or later. The app is fully optimized for the iPhone 6 and iPhone 6 Plus and offers a glance and an app on your Apple Watch.

Grab Wunderlist for iPhone and iPad free in the App Store.

The Mac edition is a free download in the Mac App Store.

Wunderlist is cross-platform so check out their web interface or download the software for other mobile and desktop platforms through the official website.