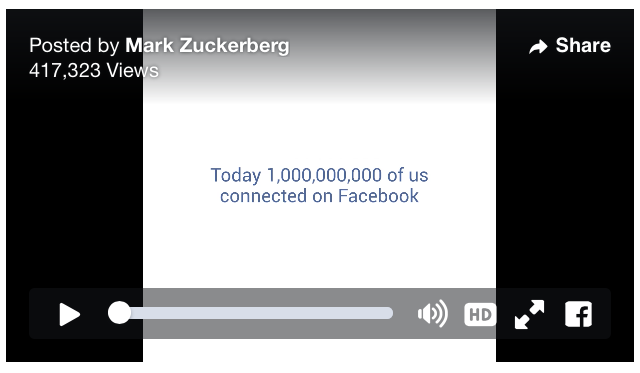 Facebook co-founder and CEO Mark Zuckerberg announced Thursday that the social network passed a significant milestone this week. On August 24, more than 1 billion people used Facebook in a single day for the first time ever.

“When we talk about our financials, we use average numbers, but this is different,” Zuckerberg said in a Facebook post this afternoon. “On Monday, 1 in 7 people on Earth used Facebook to connect with their friends and family.”

He goes on to say “I’m so proud of our community for the progress we’ve made. Our community stands for giving every person a voice, for promoting understanding and for including everyone in the opportunities of our modern world.”

You’ve likely heard the story by now. Zuckerberg started Facebook with a small group of friends and roommates in his Harvard dorm room in February 2004. He is currently believed to have a net worth in upwards of $40 billion.