Swatch would have you think that its controversial “One more thing” trademark has nothing to do with Apple. A company spokesperson told Techradar today that its trademark for the “One more thing” phrase was inspired by a line from the TV show “Columbo,” an explanation people following technology news will have a hard time believing.

Swiss watchmaker Swatch became the subject of the Internet ridicule following news that it was recently granted a trademark on “One more thing,” a catch phrase late CEO and co-founder Steve Jobs used extensively when introducing new surprise products during Apple’s media events.

Tell me a joke

Swatch’s explanation is laughable, at best, and deeply concerning at worst.

“In this case, the name was inspired by inspector Columbos citation ‘Just one more thing’ – obviously our design team plans to launch a collection inspired by the ‘Film Noir’,” said a Swatch spokesperson.

It’s important to note that Swatch currently lacks a watch or a watch collection going by the ‘Film Noir’ name. He went on to explain that Swatch, like most other companies, trademarks all of its watch names, or names of its collections, in different categories.

“In the current collection, you can find names like ‘Moitié-Moitié’ or ‘Centrino’, which were inspired by culinary specialties (the very famous Swiss cheese fondue), or by technics,” said a spokesperson.

Other Swatch trademarks are “inspired by movies.”

Apple’s wearable device is nothing if not an “interesting toy, but not a revolution,” he said, adding that Swatch won’t be jumping on the “computers for the wrist” bandwagon any time soon. 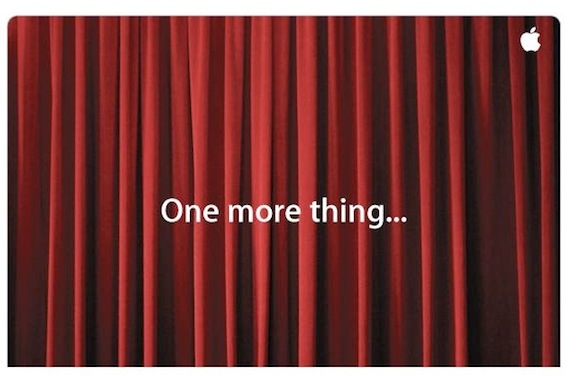 His comment spits in the face of Swatch co-creator Elmar Mock, who recently said Apple’s device will “put a lot of pressure on the traditional watch industry and jobs in Switzerland.”

“Apple will succeed quickly” where others have failed, he stated further.

For the time being, Swatch appears to be content with adding certain smart functions to its traditional timepieces. For instance, its recently introduced Swatch Touch Zero Two includes NFC technology for mobile payments.

“One more thing” became a catch phrase among the tech circles thanks to Steve Jobs, Apple’s late co-founder who use it to a dramatic effect when unveiling surprise products at the company’s media events.

Current Apple CEO Tim Cook first used the phrase publicly when unveiling the Apple Watch at the September 2014 press conference. In another apparent jab at Apple, Swatch is seeking a trademark on the phrase “Tick different,” a play on Apple’s “Think Different“ slogan from the 1990s.

Swatch also trolled Apple by objecting to Cupertino’s attempts to trademark the name “iWatch” in several countries, saying it sounded too similar to its own “iSwatch” trademark. The move prompted Apple to market its wearable devices under the Apple Watch moniker.

I don’t buy for a second Swatch’s amusing explanations because none of Swatch’s moves to seek trademarks for the name “iWatch” or the “One more thing” phrase appear to have been coincidental.