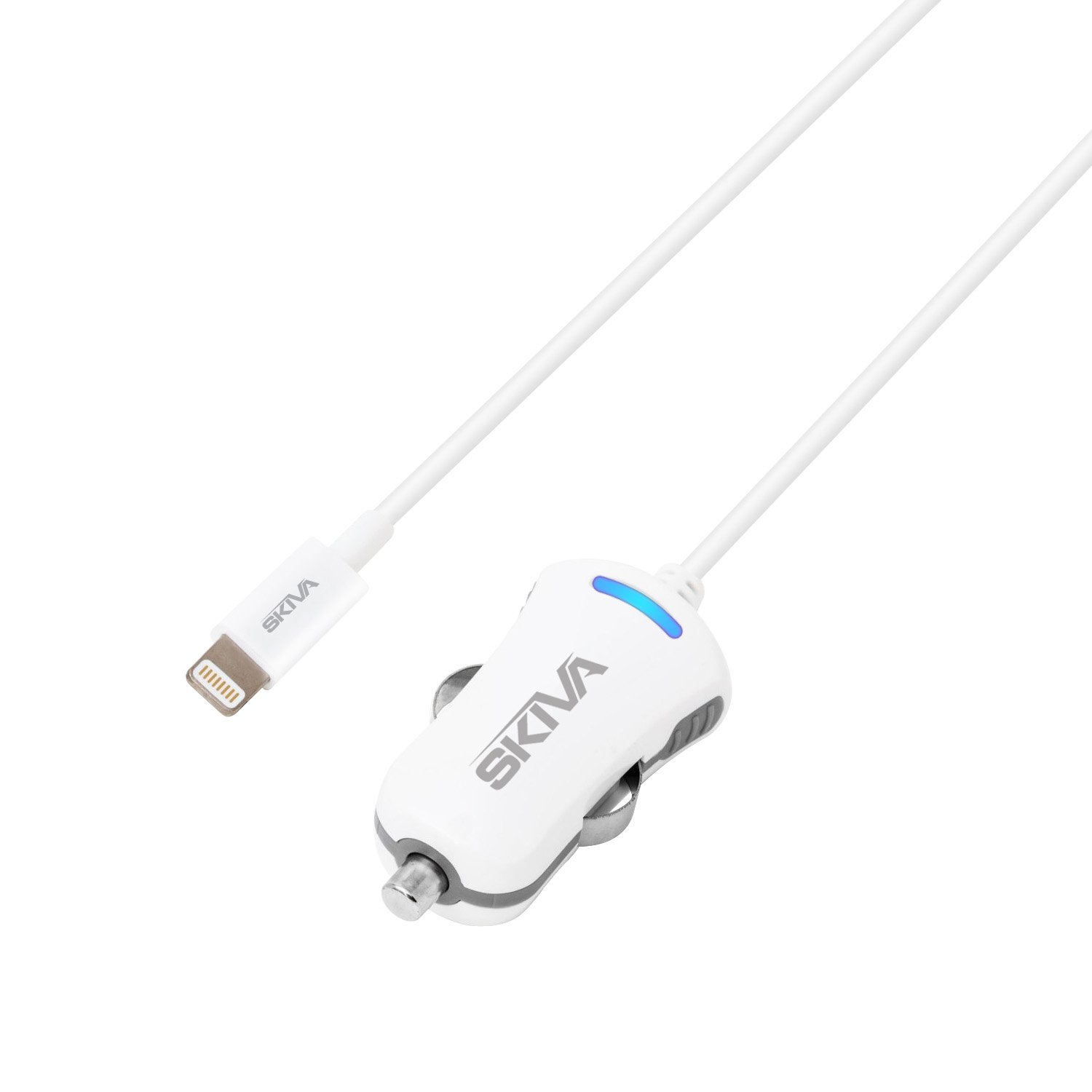 There is nothing worse than realizing that your iPhone’s battery is drained when the only charger you have is for the car, especially if you aren’t planning on driving for very long the next time you hit the road.

The Skiva PowerFlow car charger is a simple Lightning charger for the car with one special feature; it juices up your device with the fastest charge possible.

The device is outfitted with a 2.1 Amp, 10W power block, which is almost the same as the wall charger that comes with the iPad Air 2. It is 12 or 24 volt compatible with most standard power socket for the car (aka: cigarette lighters).

The charging mechanism has an intelligent circuit design to prevent overheating and won’t overcharge your device, no matter which model it is.

The cord measures 3.2 feet so you have enough length to reach into the backseat, depending on the size of your car.

The base is less than two inches long and barely sticks out past the socket, making it possible for you to keep it plugged in, even if your gearshift is in park.

It is Apple MFi certified to be compatible with iOS devices. So, you won’t end up getting that annoying “device not supported” message the next time Apple sends out a software update.

The PowerFlow, which has received four stars out of more than 1,300 reviews, is available on Amazon in black or white for $14.