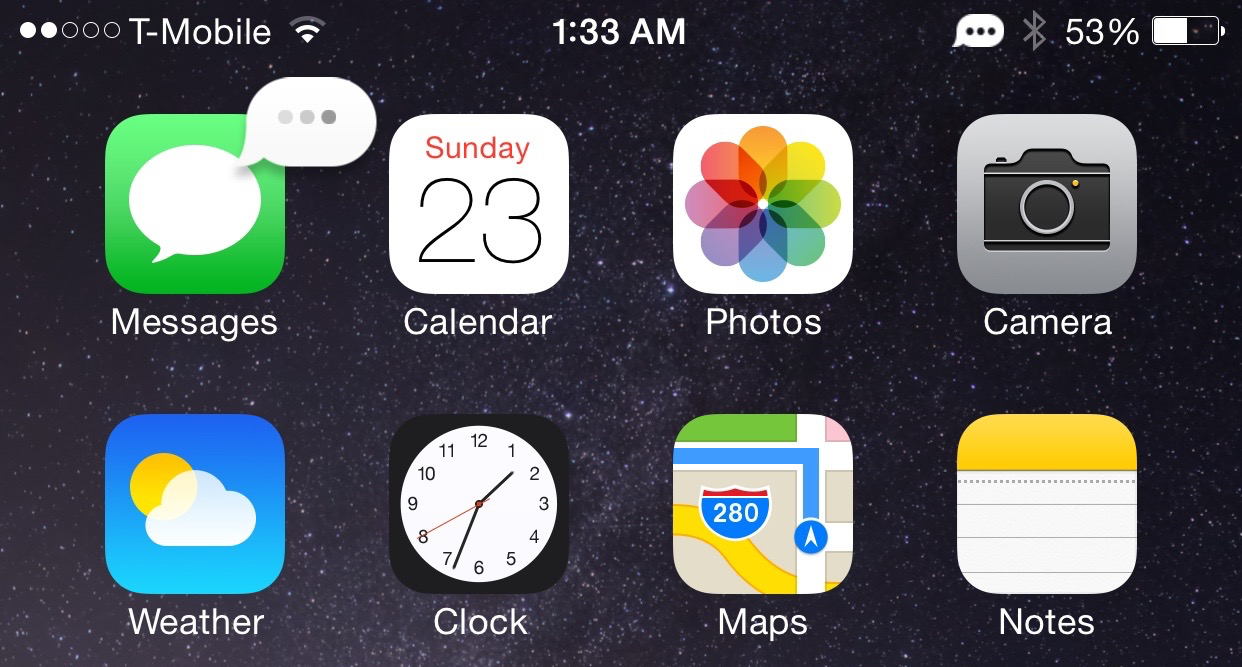 If you’ve ever used TypeStatus, a similar tweak from which Typecast draws inspiration from, then you pretty much know what to expect here from a technical standpoint. But it’s the way that Typecast presents itself, and the fact that it works with additional apps, that makes it warrant a look— even if you already use TypeStatus. 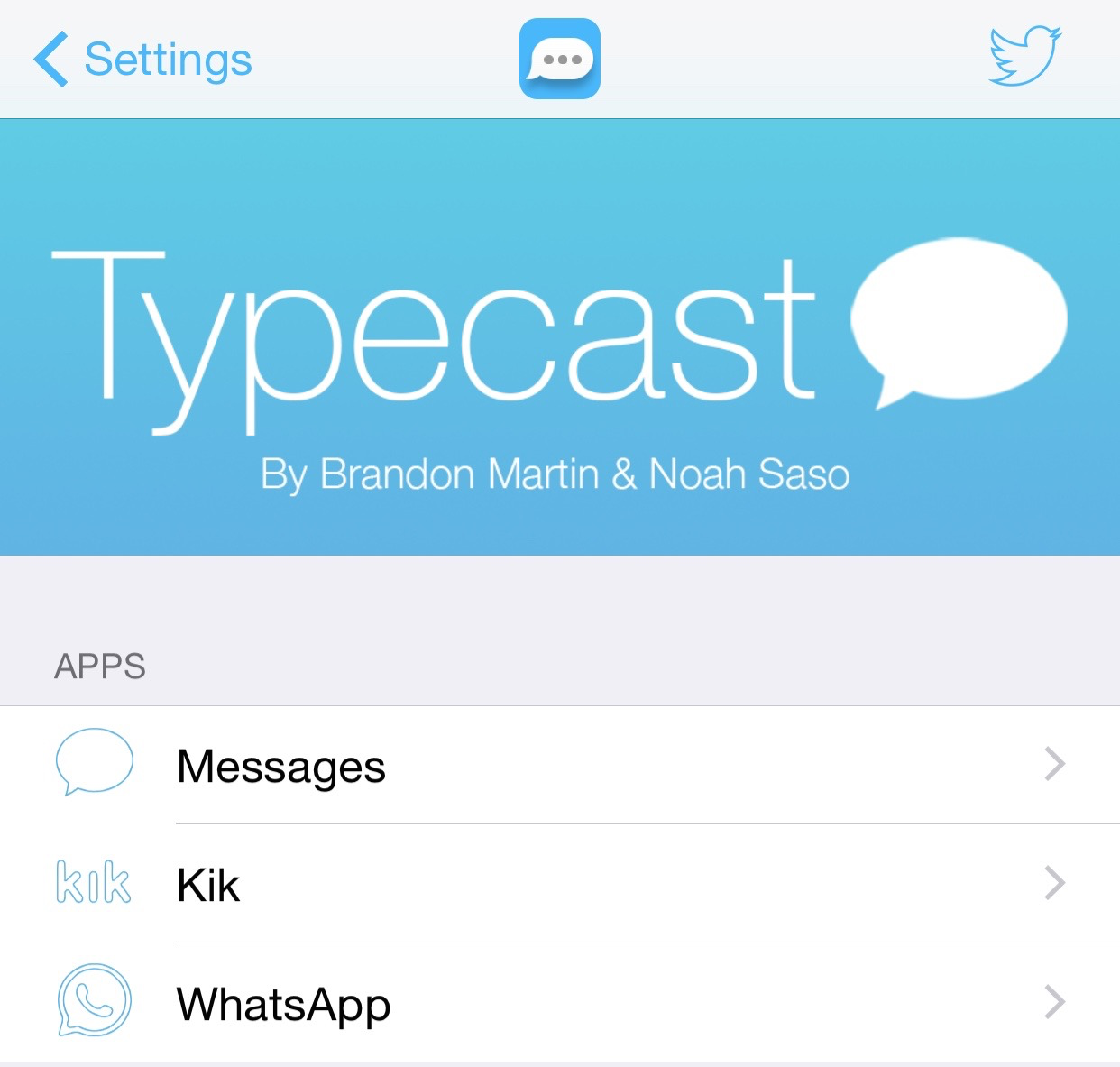 When you install Typecast, you should head over to the stock Settings app and find its preference panel. Inside of the preferences you’ll notice three sections, each corresponding to the three apps that Typecast supports out of the box. 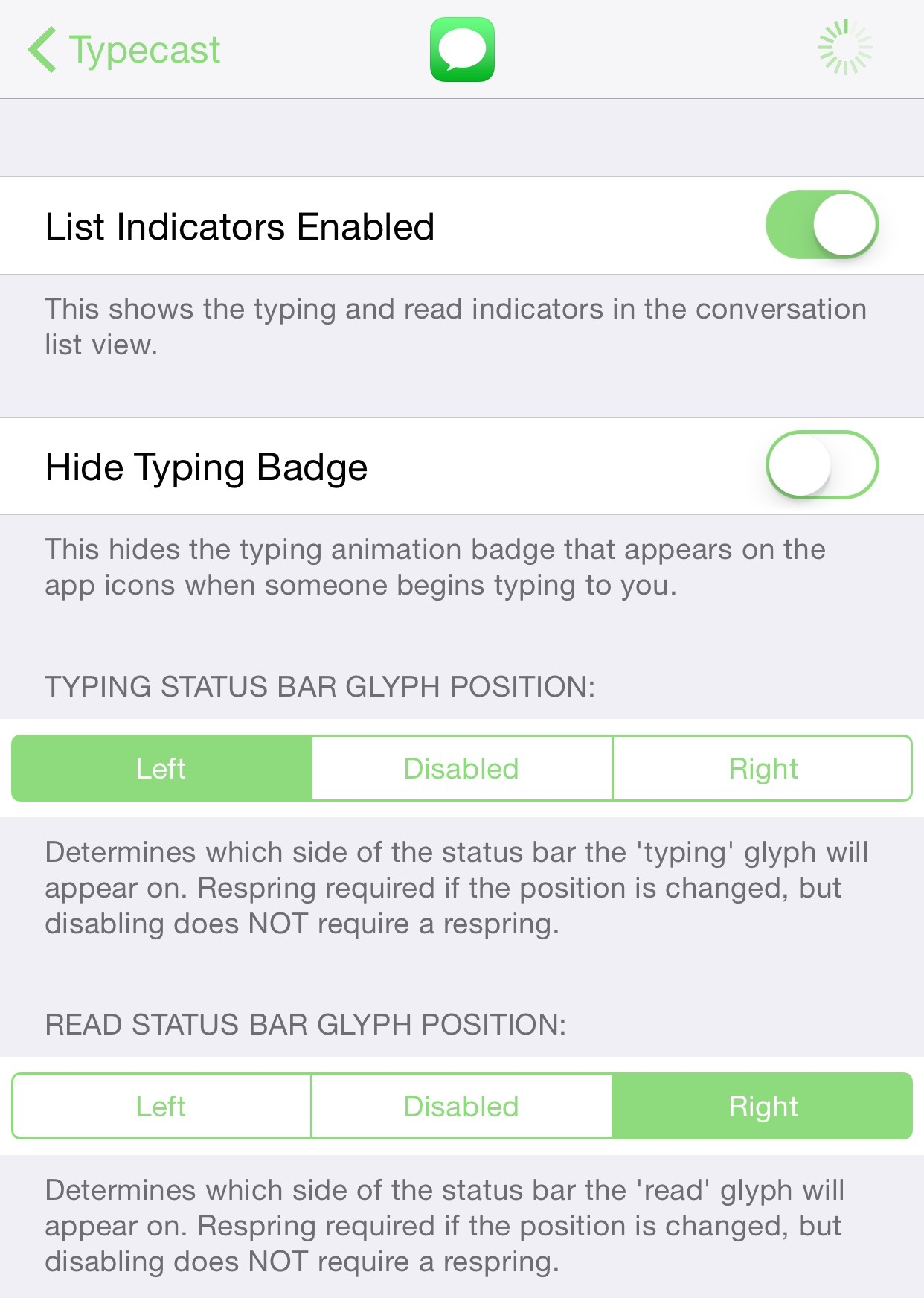 All three panels share identical settings that allow you to enable status indicators in the conversation list, and hide the typing badge, which appears on the app icon badge when someone’s typing. There are also options to change the typing status bar glyph position and the read receipt glyph position. 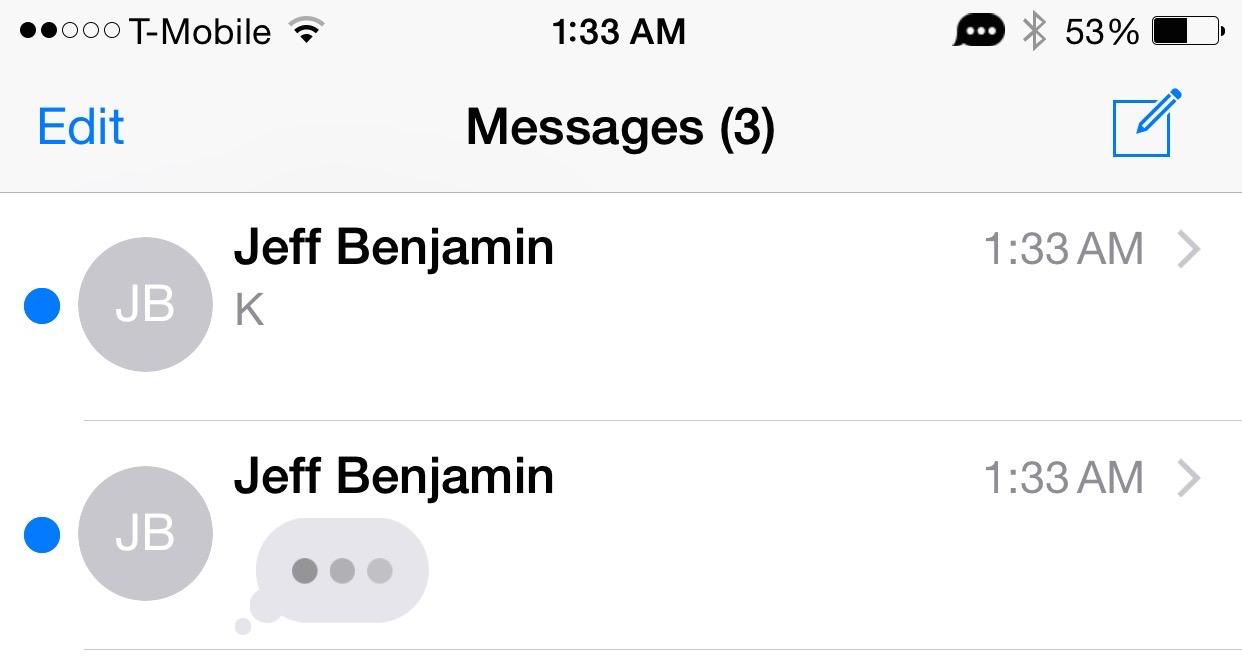 In a nutshell, Typecast allows you to have three things related to now typing indicators:

In addition, you get a read status indicator in the status bar as well.

From my experience, Typecast worked pretty well. I enjoyed the ability to place indicators in the aforementioned three spots, especially inside of the conversation list view. As mentioned, this makes it easier to discern what’s happening during multiple conversation sessions.

If you enjoyed TypeStatus, then you should certainly take a look at Typecast, and if you’ve never tried TypeStatus, you owe it to yourself to try both tweaks on for size.

Typecast can be had on Cydia’s BigBoss repo for $1.49. Let know what you think about it by dropping a line down below in the comments.