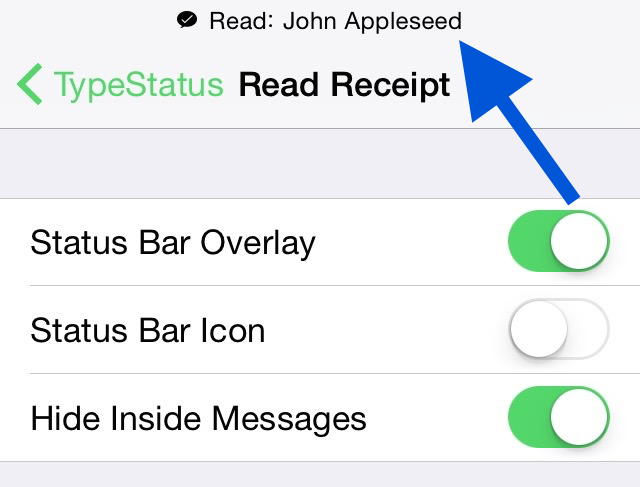 TypeStatus 2 has entered into a live beta, and is now available to download for anyone who wishes to test it.

TypeStatus is the tweak that allows you to see a when someone is in the midst of typing a response to you on iMessage, or when someone has read one of your iMessages. The tweak places a handy overlay or icon in the status bar to indicate when either action has taken place.

After a period of private beta testing, Hashbang Productions has opened up the tweak to the public. Want to take it for a spin? Check out the repo details and additional information inside this post.

To get the TypeStatus 2 beta, add the following repo to Cydia:

Now it’s just a matter of venturing into the stock Settings app and finding the TypeStatus preference panel. 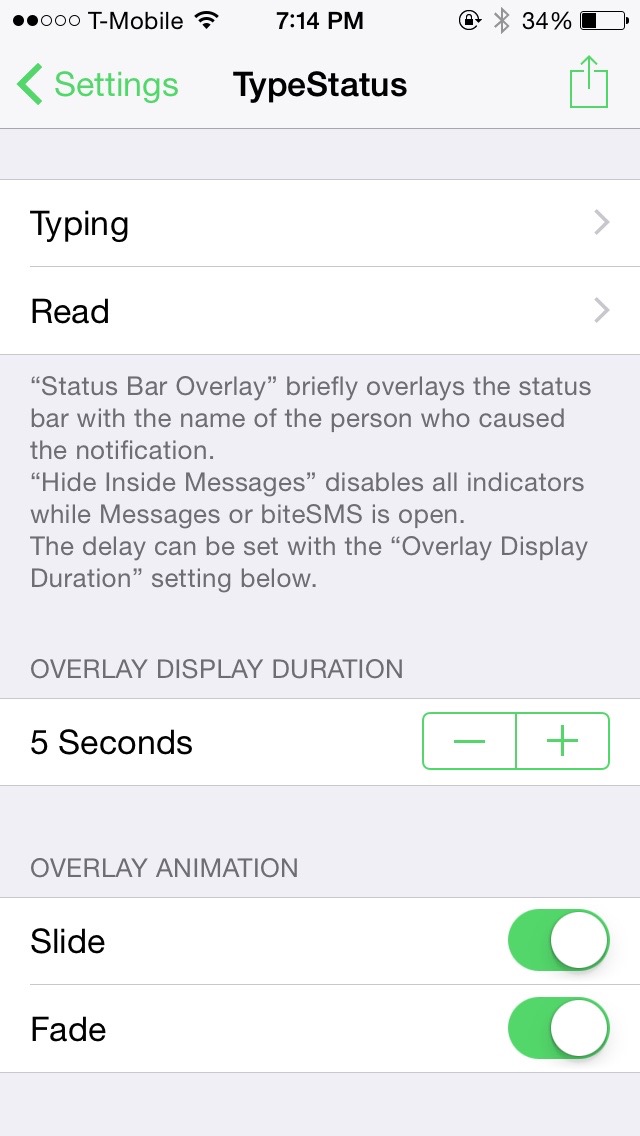 Inside of TypeStatus preferences, you’ll find two sections for notifications–one for typing and one for reading. Inside of each section, you can configure the type of status bar alerts that you receive. There’s even a button to test how each notification will look once configured.

Although there is a warning on the package details page about the lack of iOS 8.4 certification, I found that TypeStatus 2 worked pretty good on my jailbroken iPhone 5s running iOS 8.4.

Are you a fan of TypeStatus? Do you plan on checking out the beta?