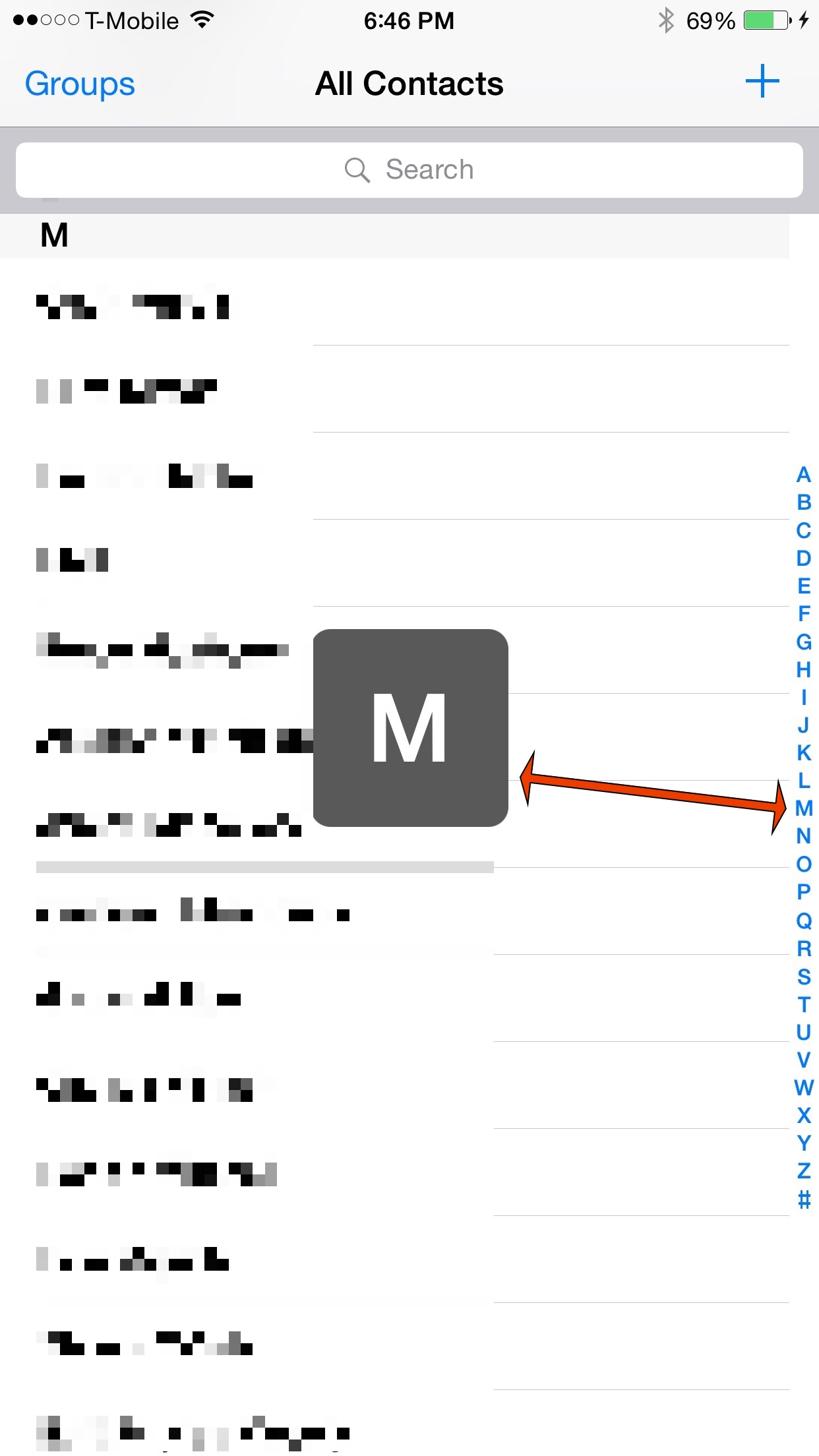 Ryan Petrich has posted a brand new jailbreak tweak on his beta repo called Skippy. It’s the result of a request fulfillment for an r/jailbreak reader.  Skippy makes it easier to navigate quick index jumps by implementing an HUD overlay.

The quick index jump feature is the vertical list that appears on the right side of your iPhone when scrolling through alphabetically sorted content. Users can vertically swipe on the alphabet to quickly jump between items in the list that begin with the letter last selected.

To make it easier to see the current letter, Skippy displays a handy HUD that showcases the letter that you’ve landed on. 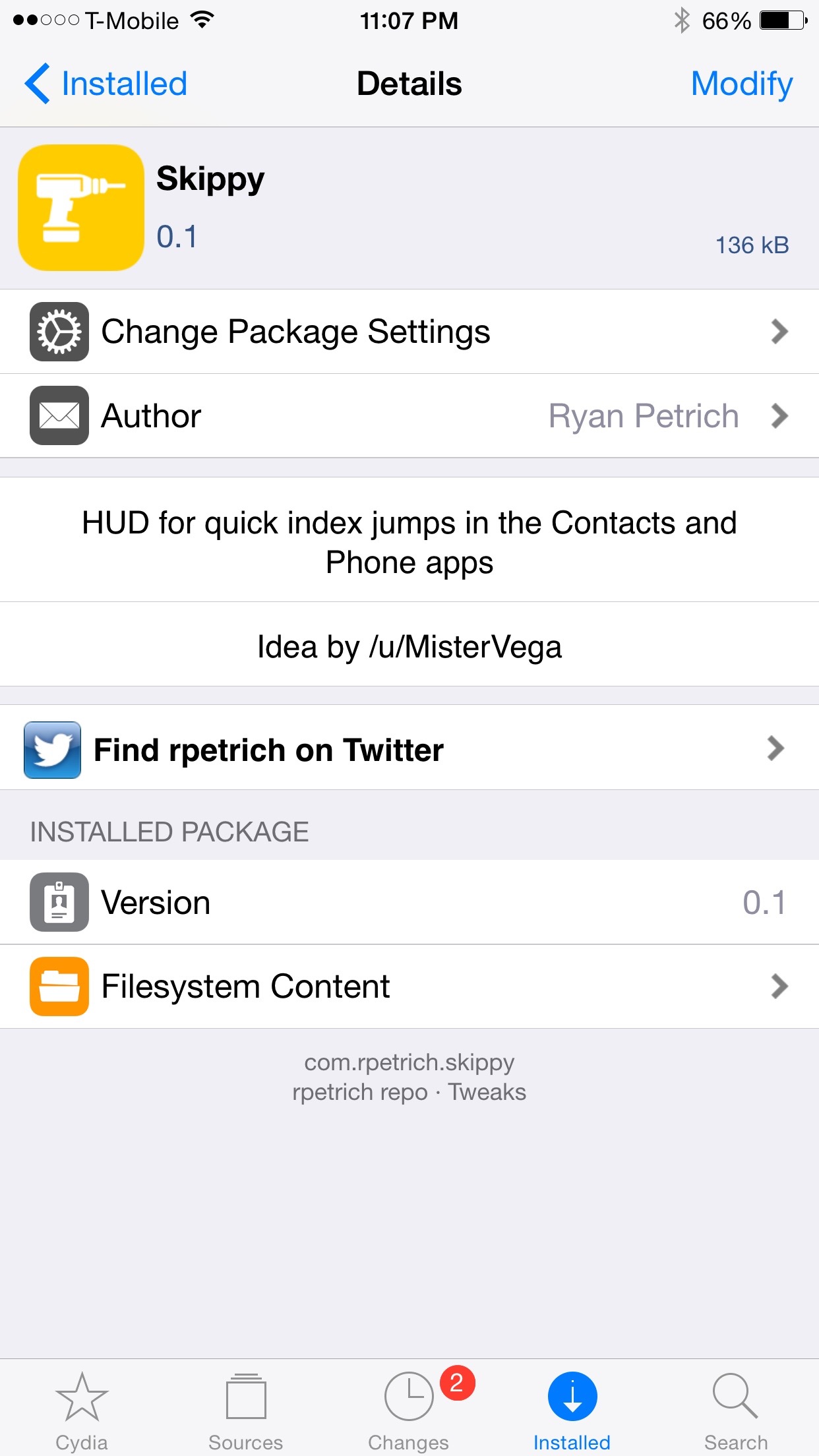 As of the initial 0.1 release, Skippy only works with the Phone and Contacts app, but hopefully it will expand to more apps, as I know the Music app would benefit from such functionality as well.

Actually, another developer has created a tweak that allows for similar function in the stock Music app. That tweak, aptly titled MusicScroller, is detailed in this post.

If you want to try Skippy, then simply add Ryan’s beta repo to your list of Cydia sources. His repo is as follows:

Once you add his repo, you’ll be able to search for Skippy, or navigate directly to the package info under the beta repo.

What do you think about Skippy? Do you think it’ll make using the quick index jumps even easier?