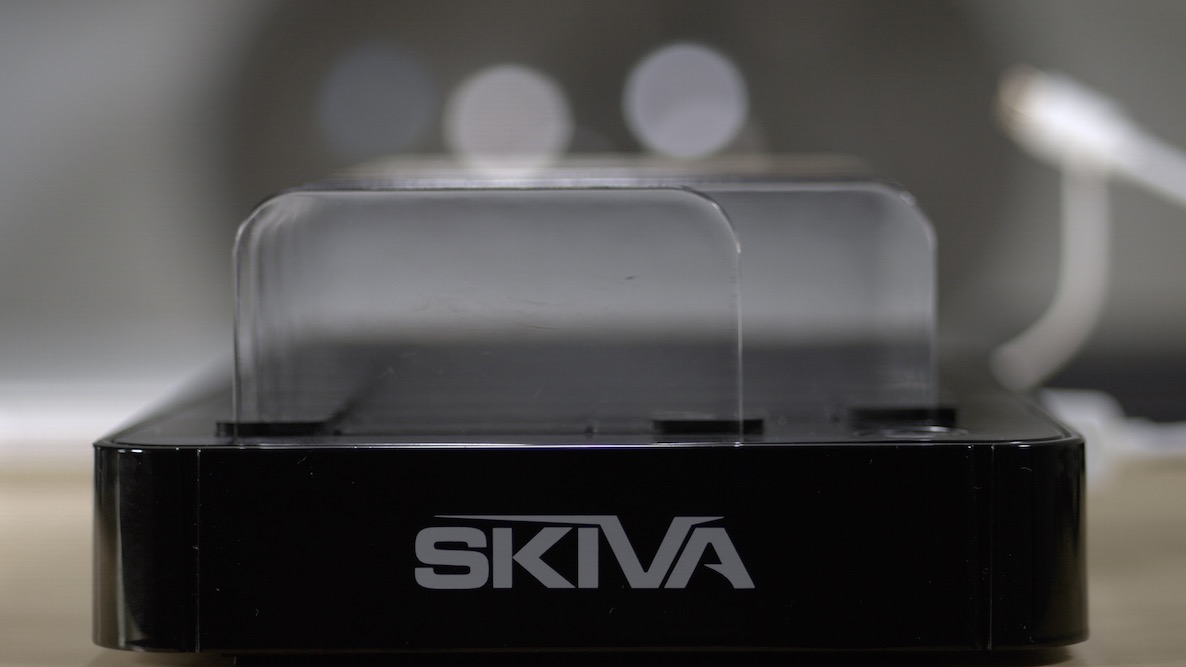 Chances are that if you’re reading this review, you have more than one portable device that charges via USB. Maybe you have two—a tablet and a phone—or maybe you have multiple phones.

Admittedly, someone like me is a bit of anomaly, as I review phones and cover them on a daily basis. Hence, it’s not out of the ordinary for me to have multiple smartphones at any given time. This has especially become true as I get acquainted with more Android devices.

One of the main caveats of having this many portable devices is keeping them charged. I can’t tell you how many times I’ve picked up a phone or a tablet that I haven’t touched in a while, only to find it dead—the dreaded “dead phone syndrome”.

The problem really is two-fold: a). I don’t have enough wall outlets and chargers in convenient places to keep the devices topped off, and b). my devices are usually scattered all over the place.

Skiva’s new PowerFlow StandCharger 7-Port USB Charging Station aims to eliminate both problems. It can charge all of your devices at the same time via the seven 2.4 Amp USB ports, and it also houses each device in a organized manner.

But does the Skiva do enough to warrant a serious look? Is this $59.99 device truly better than your current system of charging your device? Check out our video walkthrough and thoughts inside.

What’s in the box?

One of the first things that you’ll notice about the Skiva StandCharger is its build quality. It’s made of plastic, and it’s not the high quality type of plastic. That said, the slots that house each device do feel solid, and there are rubber feet on the bottom of the StandCharger to give it solid footing.

Inside of each slot meant to house the devices that you wish to charge, are rubber pads to keep your expensive phones and tablets from sliding about. This, as it turns out, is one of the most thoughtful features from a design perspective, as it allows different types of devices to stand comfortably without resting on a device in an adjacent slot. 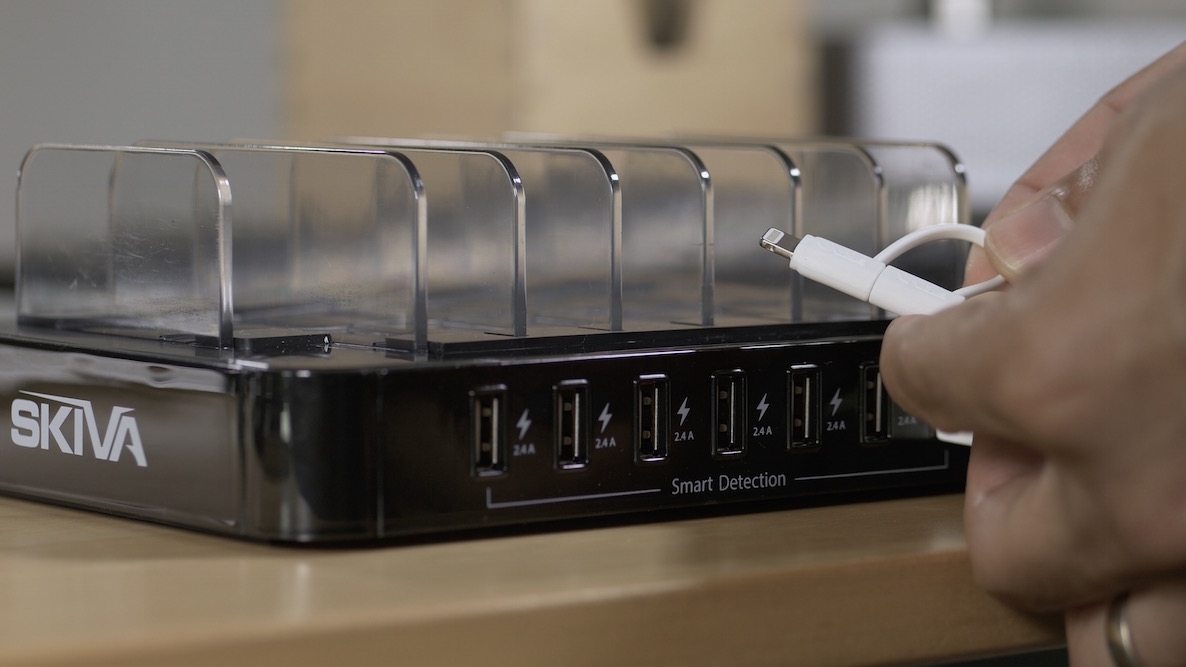 One of the biggest downsides of the Skiva StandCharger is that it’s a absolute fingerprint magnet. The shiny black plastic is never a good choice if you wish to keep fingerprints at bay, so keep a cleaning cloth nearby for frequent wipe downs.

One thing to keep in mind is that no actual charing cables are included with the StandCharger, so you’ll need to provide your own.

Skiva included one of its USBLink 0.5 ft Lightning to USB 2-in-1 Cable’s for me to test out, which is really good. This cable contains a cap that transforms the USB micro cable into a Lightning connector. This means that it’s versatile enough to charge Android devices and iPhones with a single cable. I also appreciated that its short length meant less cable mess when attached to the StandCharger. These cables are MFi certified, and while they aren’t very cheap at $10~ a piece, they make the StandCharger much easier on the eyes and are super flexible.

That said, you can certainly use the USB cables that you already have, and Skiva has included 7 velcro straps for keeping lengthy cables looking neat and tidy.

Once you connect the power adapter, it’s just a matter of positioning your devices into the 7 different slots, connecting each cable to one of the seven 2.4 Amp USB ports, and connecting to each device. Next, press the power button on the top of the device to send power to each USB port and charge up to seven devices at the same time. 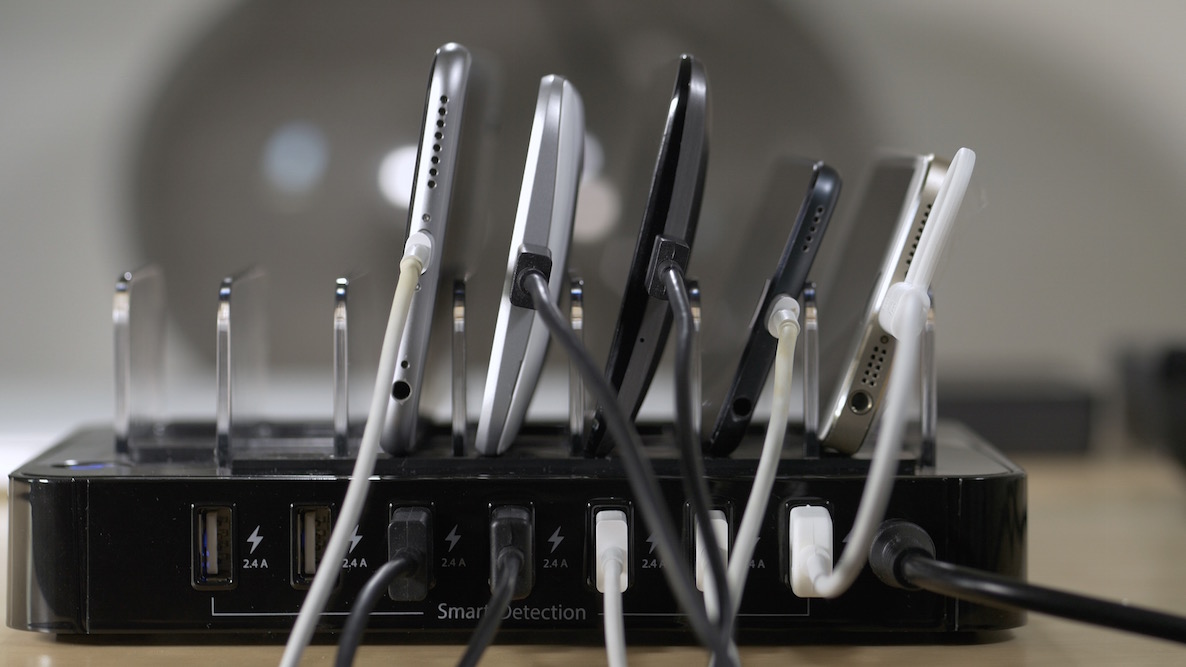 Skiva notes that while each port can send up to 2.4 Amps of current, it’s also capable of intelligently detecting the device that it’s connected to in order to provide optimal current and safe and fast charging. This means that you shouldn’t have problems charging large tablets and smaller smartphones at the same time.

I tested the StandCharger out for over a week and found that it worked well. There are no fans included in the device’s housing, so it doesn’t add any additional noise to your environment. I do wish that it was constructed out of higher quality materials, but it feels solid enough to get by. As mentioned, my biggest gripe with the device is the fact that it’s a fingerprint magnet, which is really annoying.

If you have more than a couple of mobile devices lying around that you use on a regular basis, then it’s worth considering a device like the StandCharger. It can help stop “dead phone syndrome”, and it can serve to organize your space and eliminate the amount of cable and smartphone clutter around the office. It’s definitely better when used with Skiva’s 0.5” versatile USB 2-in-1 cable, but that’s not a requirement. 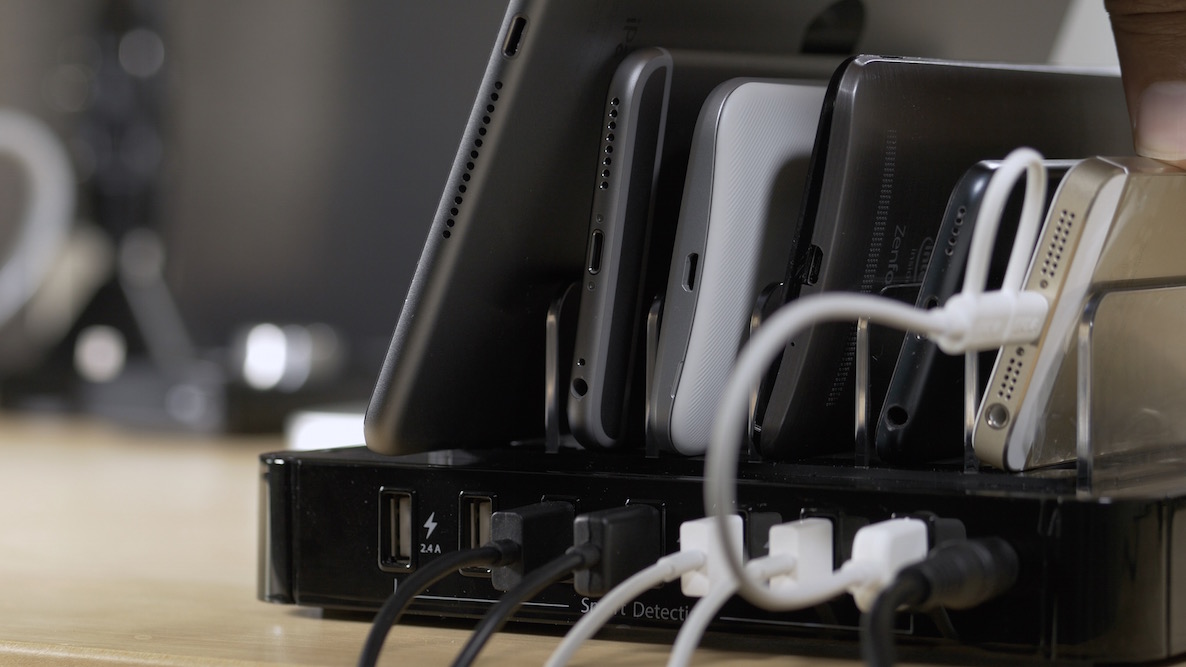 As someone who has way to many devices laying around the office, there’s a certain peace of mind knowing where my phones are, and that they’re always ready to go when needed.

Would you benefit from a device like this? Good news, we’re giving away this review unit.

The winner will be selected next Friday.

Be sure to share your thoughts on the StandCharger down below in the comments section.