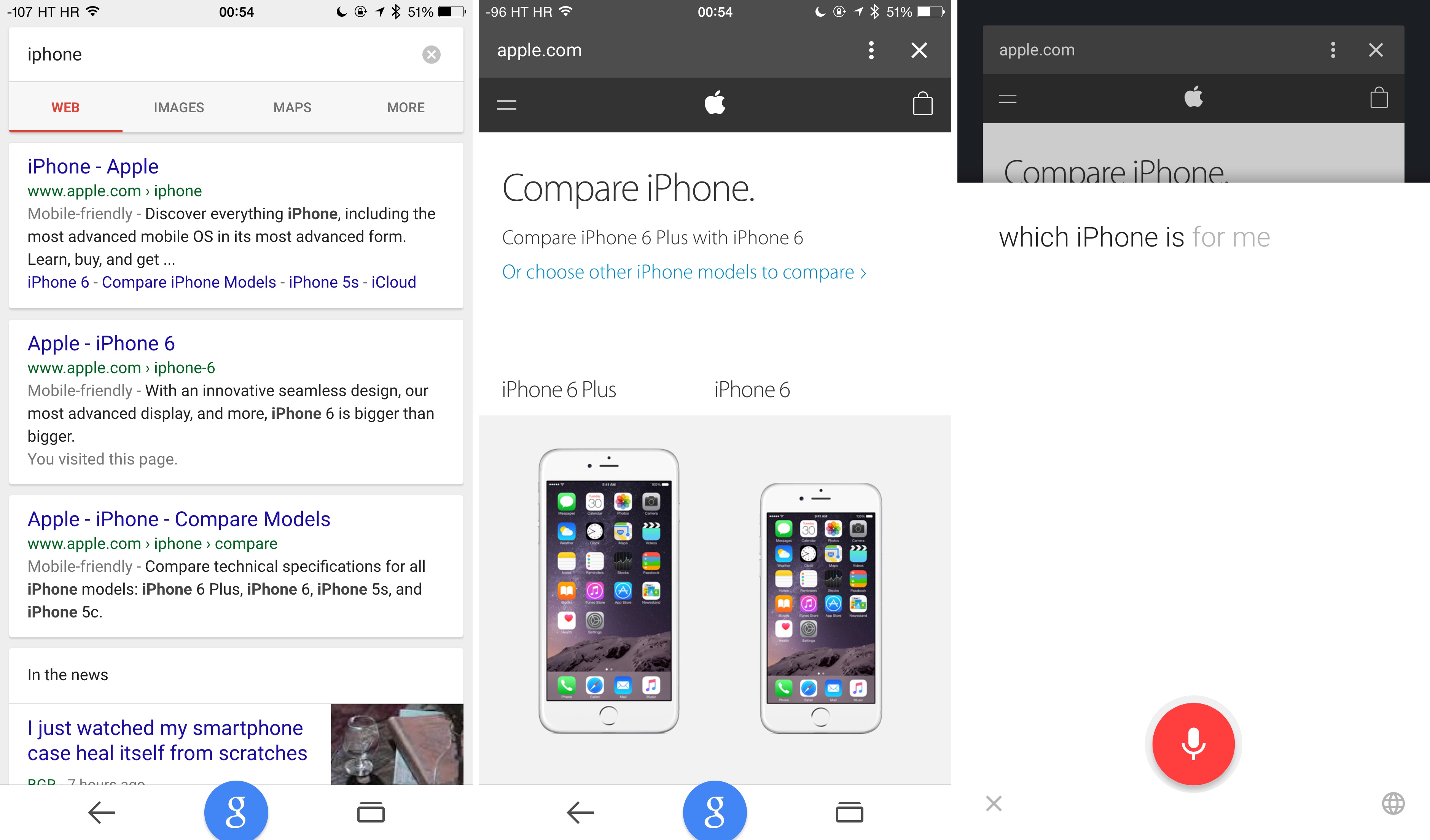 It’s been a while since Google last refreshed its native search application for the iPhone, iPod touch and iPad with meaningful new features, but today Google for iOS got bumped to version 7.0 in the App Store.

Most notably, the app now supports the always-on “Ok Google” feature within in-app browser, but not only that—it understands what you’re searching for in the context of the webpage you’re browsing.

Before today, “Ok Google” was only available on the app’s search screen and you weren’t able to use it if you navigated away from search results.

As you can see on the screenshot top of post, I first searched for “iphone” on the app’s main screen, then followed a link from search results to Apple’s iPhone 6 homepage which loaded in the in-app browser. Then while on Apple’s homepage, I said “Ok Google, which iPhone is for me?”

Again, you couldn’t do this before and had to hit the blue Google icon at the bottom to bring up the search interface and invoke “Ok Google.” So, one more tap saved for those who search and browse the web in Google’s native application.

Or, as Google itself puts it, “Try saying ‘Ok Google, where was he born’ while reading an article about William Shakespeare” for some smart, contextually-aware answers.

Other changes in this release of Google for iOS include more detailed local search results and copy and paste from anywhere in the app (finally!).

Back in June, the Google 6.0 for iOS update added Zagat reviews in restaurant search results, with another update in May bringing out colorful search results for movies, books, famous people and photos.

The application was rebuilt from the ground up earlier in the year and now includes the persistent Google button so you can start a new search with just one tap anywhere in the app.

The app’s installer comes in at 62.9 megabytes. The native Google application requires an iPhone, iPod touch or iPad with iOS 7.0 or later.

Download Google for iOS free in the App Store.