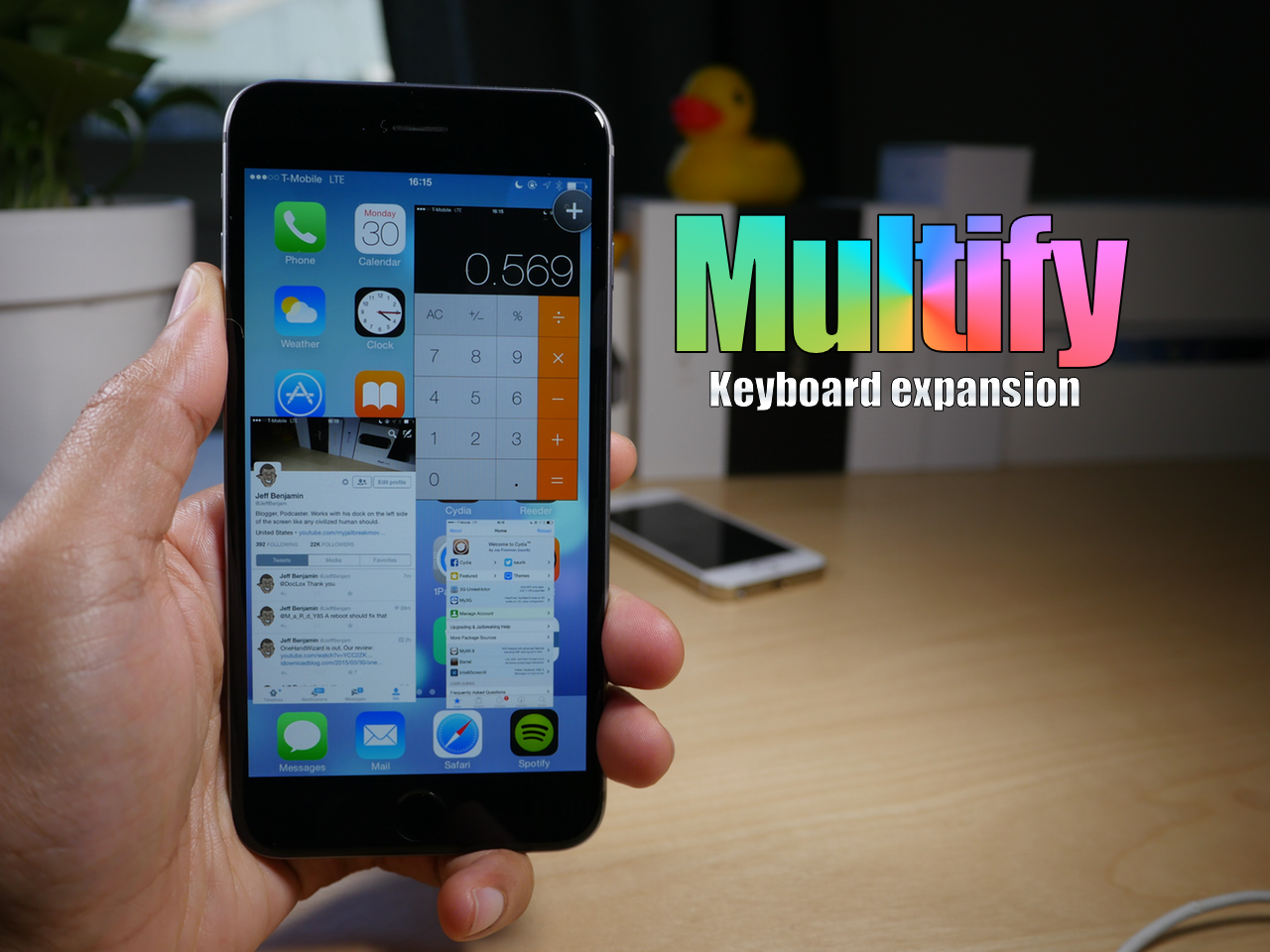 Multify—one of the most impressive multitasking jailbreak tweaks that we’ve seen thus far—is now available for jailbreakers running iOS 8.3 and iOS 8.4. Up until now, the tweak wasn’t compatible with the latest jailbroken firmware, but that has now been remedied.

We reviewed the original version of Multify back in March, and were super-impressed by what it brought to the table. Now, jailbreakers who perhaps haven’t had a chance to take the tweak for a spin get to do so.

Multify allows you to have true side-by-side multitasking, with multiple apps on screen at once. Here’s what I had to say about one of the tweak’s key features in our review this spring:

…the real impressive feature is Multify’s edit mode. As stated, edit mode is what allows you to move and resize apps. This lets you run multiple apps side-by-side on screen at once. For example, you can have a YouTube video playing while browsing Tweetbot and reading Reddit. It’s powerful stuff.

Powerful stuff indeed. One of my biggest disappointments with this latest jailbreak was that Multify wasn’t updated. I felt like a lot of new jailbreakers were missing out on a really awesome tweak. Now everyone can join in on the fun.

As a bonus, Multify for iOS 8.3 and iOS 8.4 comes with some notable new features. Here are a couple of outstanding features from the official change log:

Multify is $5.00 on the BigBoss repo. That may seem like a lot, but watch the video, and you may come to the conclusion that the price is worth it for what it does.

What do you think about Multify?