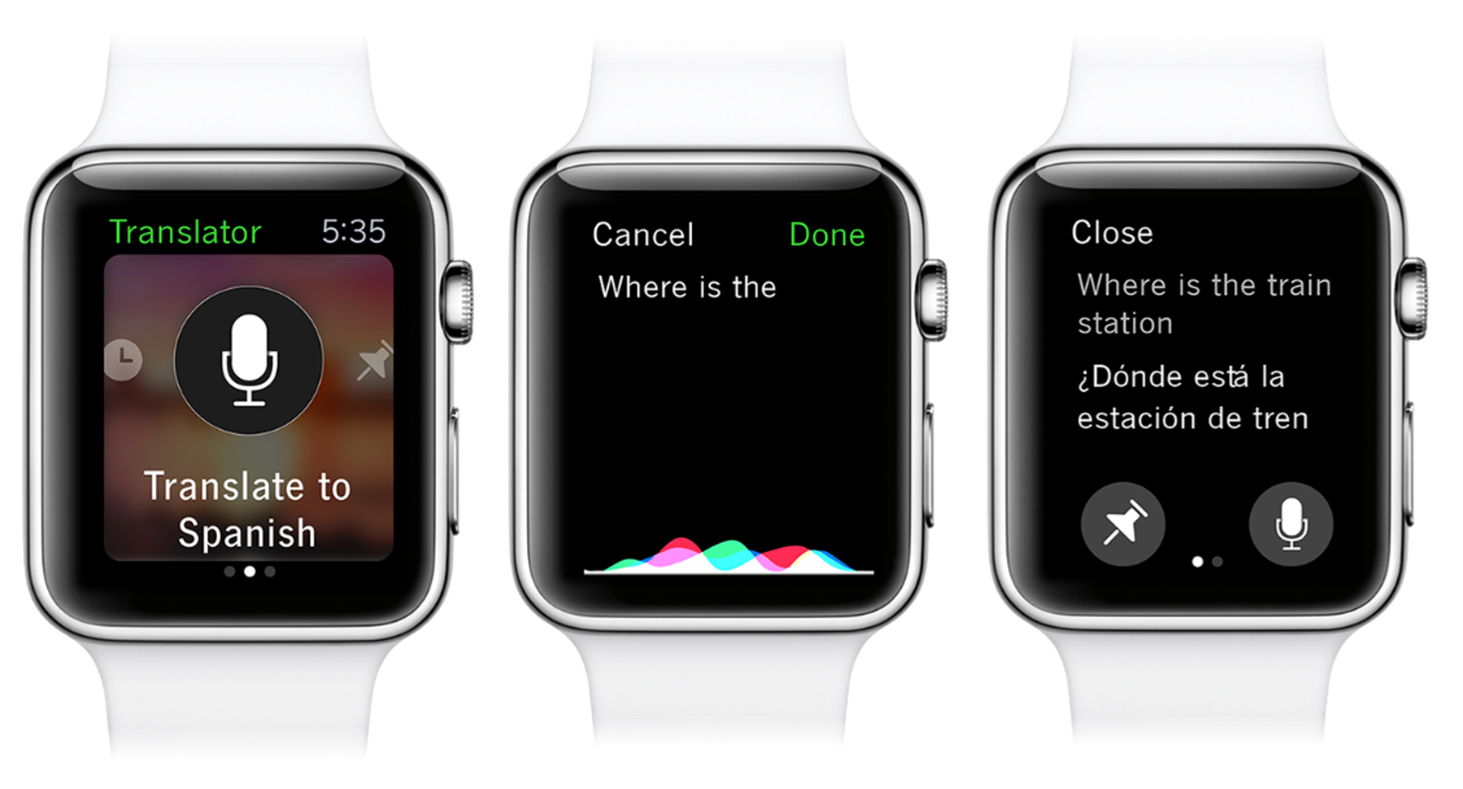 If you’re traveling frequently or have a need to translate anything in your daily life, Microsoft is here to help. The software giant’s new release, an app called Microsoft Translator, helps you translate words, phrases and sentences directly on your wrist.

Powered by the same technology used by Office, Bing, Skype, Internet Explorer as well as partners such as Twitter, Yelp, eBay, WeChat and many more, the app lets you speak to your Apple Watch and get an instant translation in a total of fifty languages.

Microsoft Translator is also supported on the iPhone, iPod touch and iPad and is available at no charge in the App Store.

Like its iPhone counterpart, Translator for Apple Watch supports translations in fifty languages. The Apple Watch includes history of recently used phrases and allows you to pin your most commonly used translations and settings for quick access.

To manage your settings and translate typed text, use Translator for the iPhone, iPod touch or iPad. The app is available on both the Apple Watch and Android Wear devices.

Microsoft Translator launched with support for the following languages:

These languages are available across all editions of Microsoft Translate.

Translator for iPhone and iPad

Your translations, settings and saved phrases are synchronized between the iOS and Apple Watch editions of Translate. However, editing settings and translating typed text requires you to use the iOS app.

Translator for iPhone and iPad lets you paste a translation from and to other apps, use the virtual keyboard to type a sentence to be translated, look up recent translations in your history and more. 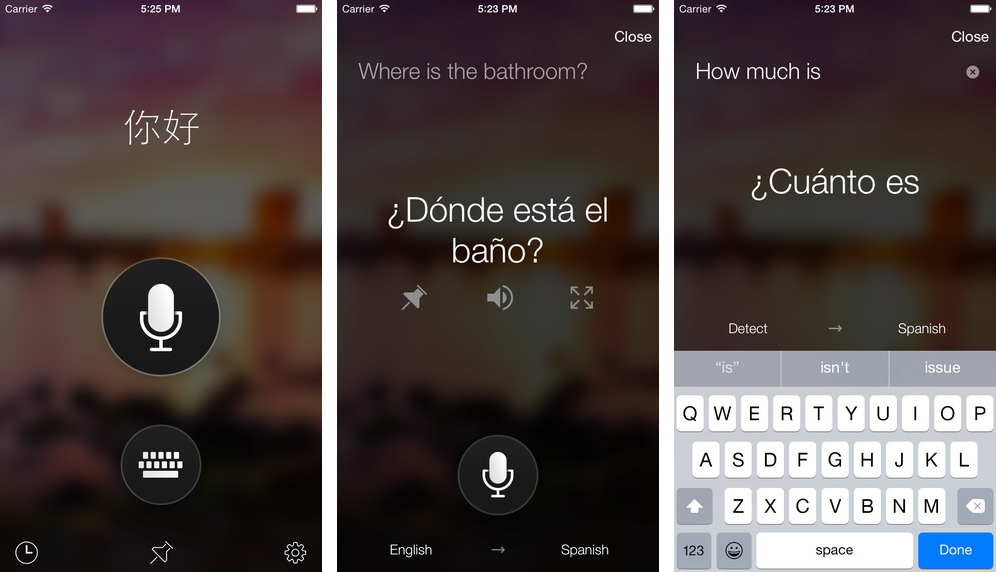 The app can speak the phrase to help you with pronunciation (not all of the included languages support text-to-speech) and sports handy full-screen translation cards that you can show to others should you get lost in translation.

In addition to releasing Translate for iPhone, iPad and Apple Watch, Microsoft yesterday gave its mobile email client Outlook a proper Apple Watch app for effortless replying to emails from your wrist with canned responses, emoji and dictation.

In addition, Yammer, an app used for private communication within organizations, is getting an Apple Watch app of its own soon, while Wunderlist for Apple Watch received a Quick Add feature.

Last but not least, Microsoft’s dedicated website for wearables lists other Office apps for the Apple wearable, including OneDrive, PowerPoint, Skype, Sunrise Calendar, Wunderlist and OneNote.

Microsoft Translator, a 6.7-megabyte download, requires an iPhone, iPod touch or iPad with iOS 8.0 or later. The app is optimized for native display resolution of the iPhone 5/5s/5c, iPhone 6 and iPhone 6 Plus and includes an Apple Watch app.

Grab Microsoft Translator free of charge in the App Store.