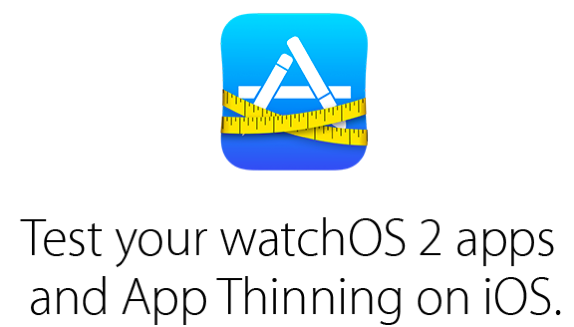 TestFlight, an online service for over-the-air installation and testing of mobile applications that was purchased by Apple last year, in its most recent version 1.2 update has introduced support for testing upcoming iOS 9 features, including native Apple Watch applications with watchOS 2.

In addition, the application has been optimized with support for App Thinning, a set of Apple-provided optimization technologies designed to reduce download sizes of iOS 9 and Apple Watch apps by tailoring app delivery to the capabilities of the user’s particular device.

“You can now invite internal testers to use TestFlight to test your watchOS 2 apps and your apps that support App Thinning, coming in iOS 9,” Apple said. “With slicing, on-demand resources, and bitcode, your apps will download, install and launch faster while using less storage space than ever before.”

In addition to support for iOS 9’s App Thinning and native Apple Watch apps, this TestFlight update now allows beta testers to choose how to receive update notifications for apps they are testing on a per-app basis.

And if the Automatic Downloads option is enabled in the companion Apple Watch app on your iPhone, TestFlight will automatically install watchOS 2 beta apps to your wrist-worn device. 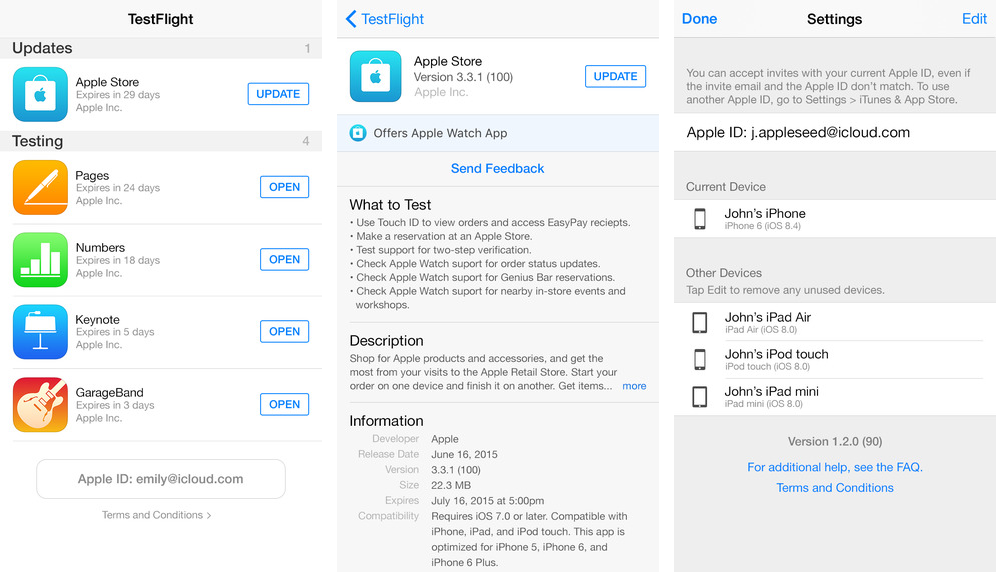 I use TestFlight on a daily basis for work-in-progress apps that developers share with me, so I can test important app updates and new releases before they hit the App Store.

TestFlight requires an iPhone, iPod touch or iPad with iOS 8.0 or later. The app is optimized for native display resolution of the iPhone 5/5s/5c, iPhone 6 and iPhone 6 Plus.

Grab TestFlight at no charge in the App Store.