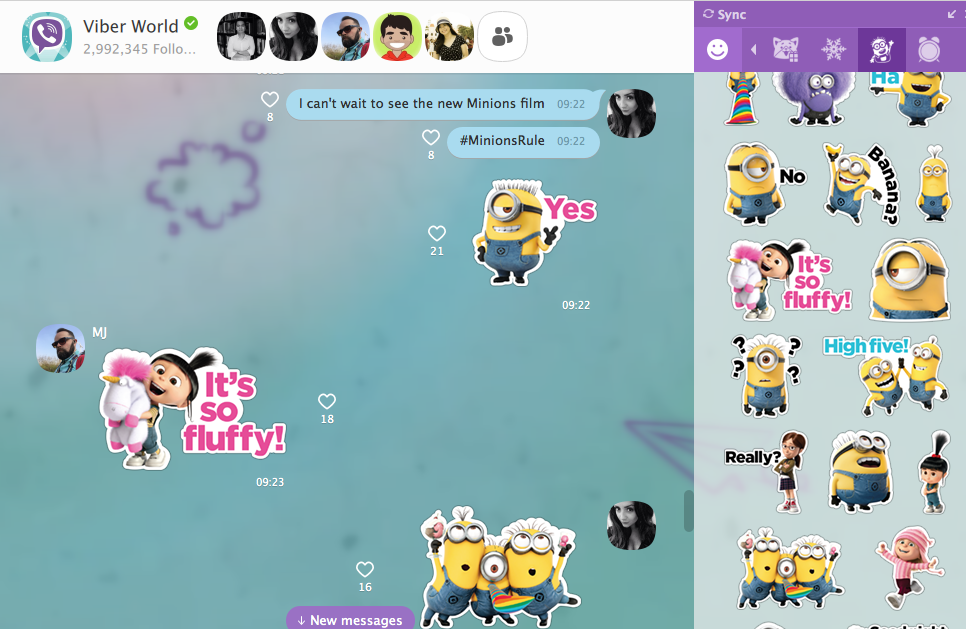 Viber, the third most popular messaging platform after Facebook Messenger and WhatsApp (owned by Facebook) today delivered a few new features to its iPhone and iPad application in the App Store.

The new Viber 5.5 for iOS now includes rich link previews in the chat window, has the ability to exchange contact information via messages (in addition to QR codes), introduces animated stickers, permits easier video calling directly from a contact’s profile or the recent calls list and more.

Now when you want to send contacts to other chat participants, you can do so right in the message view in both one-to-one and group conversations.

Viber 5.5 also brings out another cool new feature: the app automatically turns URLs you paste in the chat window into cool bubbles with the preview of the link content.

And if you want to start a free video call with someone, you can do so by tapping the phone icon on their profile page or directly on the recent calls screen. On iPads, Viber has removed a significant hurdle preventing seamless sync as the app now finally syncs data simultaneously across its iPhone, iPad and Mac editions.

Viber Desktop was also updated with support for Viber Public Chats and a few other changes. And last but not least, Viber now includes animated stickers comprised of both its own characters and branded ones, like the packs from Disney’s “Inside Out.”

According to Viber’s head of product Ofir Eyal who spoke to The Next Web, the app uses a more efficient data compression algorithm that allows it to deliver clearer voice and crisper video while keeping data use down to a minimum: the app requires only 84 kilobytes per minute to make an audio call on a 2G connection.

The full changelog for Viber’s 5.5 update follows below.

Viber was recently updated with a brand new native interface on iPads, at last taking full advantage of the tablet’s bigger pixel count and larger canvas.

The 84-megabyte app requires an iPhone, iPod touch or iPad with iOS 7.0 or later.

As mentioned, Viber features native display support for iPads and is optimized for the iPhone 5/5s/5c, iPhone 6 and iPhone 6 Plus screen sizes. It however continues to lack a WatchKit component although you can elect to have Viber notifications delivered to your wrist by enabling Viber in the Notifications section of the companion Apple Watch app on your iPhone.

Grab Viber at no charge in the App Store.