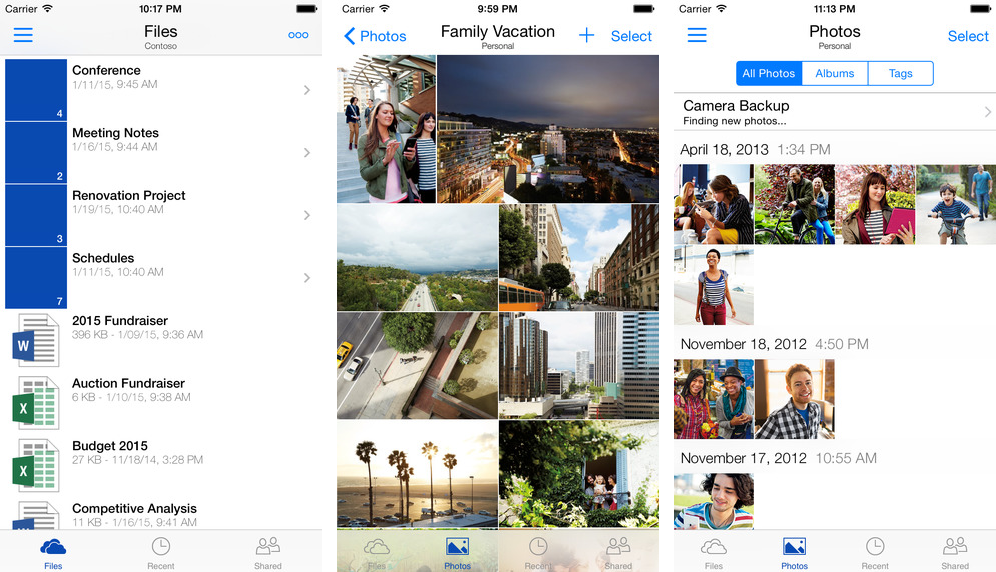 Microsoft’s excellent mobile client for its cloud-storage service, OneDrive for iOS, was updated with three new features today, among them the ability to download photos and videos to your Camera roll after a brief hiatus following the app’s recent redesign. Available free of charge in the App Store, OneDrive 5.5 for iOS also contains VoiceOver improvements for hearing-impaired users and support for Single Sign-On.

Like the vast majority of Google’s mobile applications available on the App Store, the new version of OneDrive adopts the Single Sign-On feature so you can sign into OneDrive once without having to sign in to other Microsoft apps.

With Single Sign-On in OneDrive 5.5, you won’t have to worry about signing into Word, Excel or Powerpoint again.

Removed temporarily following Microsoft’s major redesign of the OneDrive mobile apps earlier this year, downloading is back in OneDrive 5.5. This handy feature allows you to download any photo or video in your OneDrive and save it to your Camera roll. 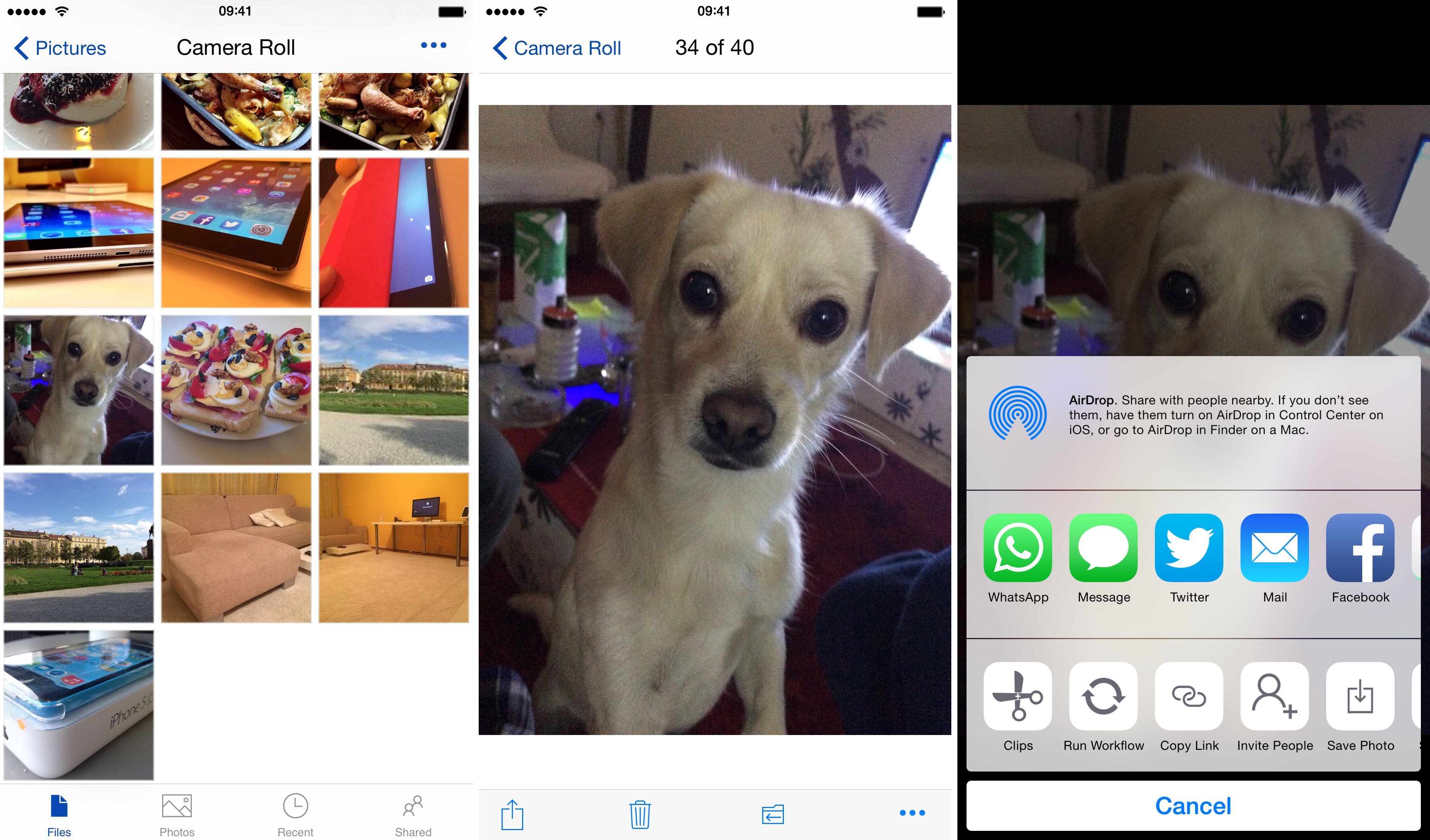 As shown above, just navigate to a folder, tap on the photo or video you wish to save and choose Save Photo or Save Video from the Share menu. The application will retrieve the item in question and put it in your iOS device’s Camera roll. Just make sure you’re on Wi-Fi before downloading large photos and videos unless you’re OK with burning your monthly cellular data too quickly.

This edition of OneDrive brings VoiceOver improvements for hearing-impaired users. Apple was recently recognized for its Accessibility effort by the American Foundation for the Blind and it recently highlighted App Store apps focused on Accessibility features as a way of celebrating the anniversary of Americans with Disabilities Act. 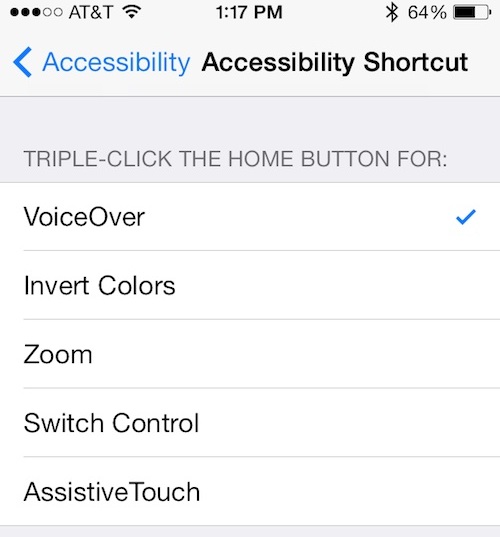 Although iOS devices have robust Accessibility features that most apps get “for free,” some work is required by developers to take full advantage of VoiceOver and other Accessibility features offered by iOS. Microsoft is also a big proponent of the effort and it’s now updated OneDrive to allow hearing-impaired users to hear and work with items that are displayed in the app.

This rounds up the list of improvements in OneDrive 5.5.

I should also mention that the previous update introduced improvements to OneDrive’s sharing features. This is what sharing looked like in OneDrive prior to today’s update. 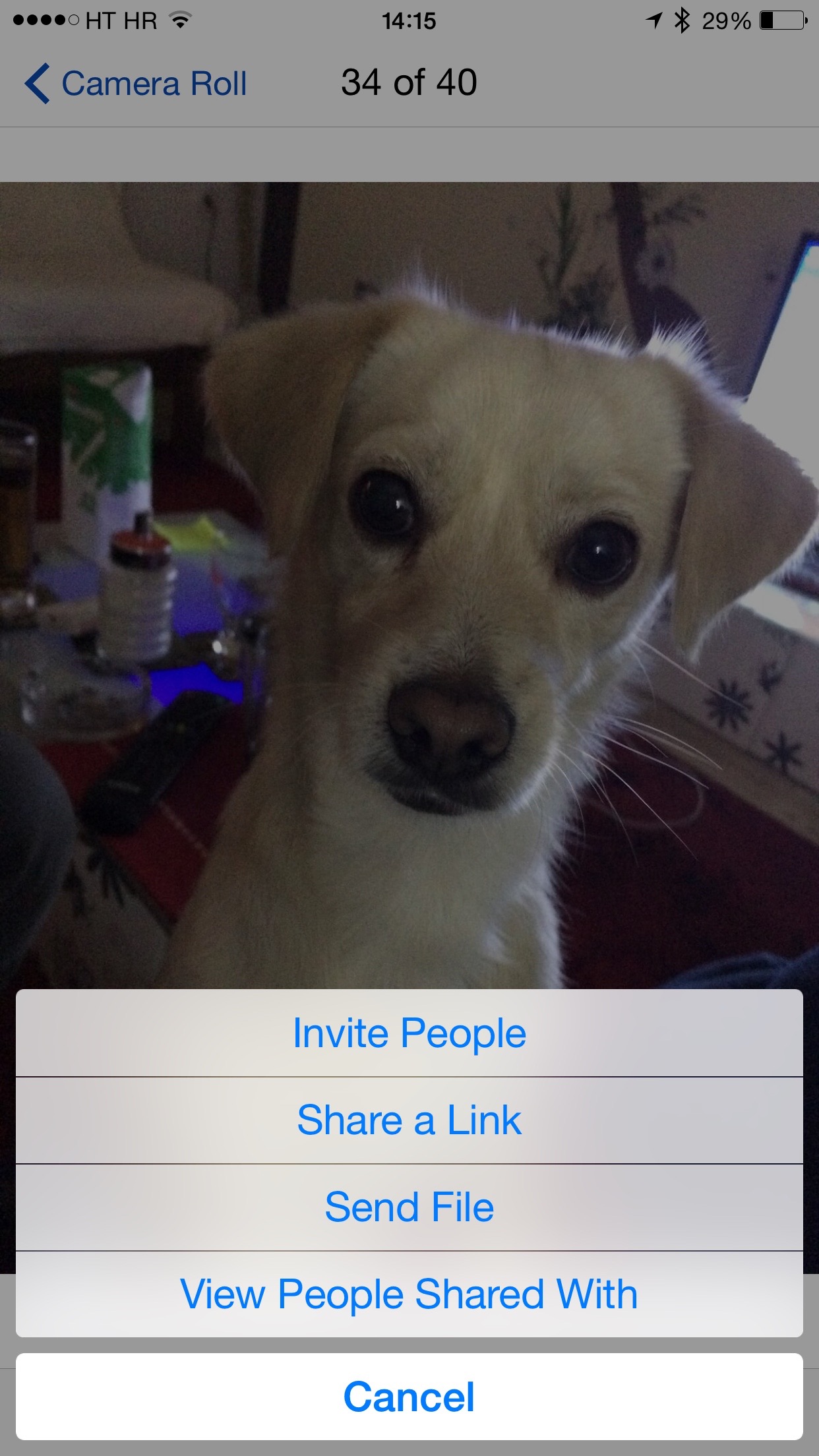 As you can see for yourself, it wasn’t very intuitive and lacked the breadth of iOS’s system-wide sharing choices. OneDrive 5.5 now uses iOS’s native Share sheets so you can rearrange sharing options to your liking and take advantage of native sharing to Twitter, Facebook and other third-party services to share photos, files and folders more easily.

The OneDrive applications is provided at no cost and Microsoft is giving each account fifteen gigabytes of free cloud storage, with competitively priced paid upgrades available through the In-App Purchase mechanism.

The 90.6-megabyte app requires an iPhone, iPod touch or iPad with iOS 7.0 or later.

OneDrive supports native display sizes of the iPhone 5/5s/5c, iPhone 6 and iPhone 6 Plus and contains a WatchKit component with a nicely done Apple Watch application.