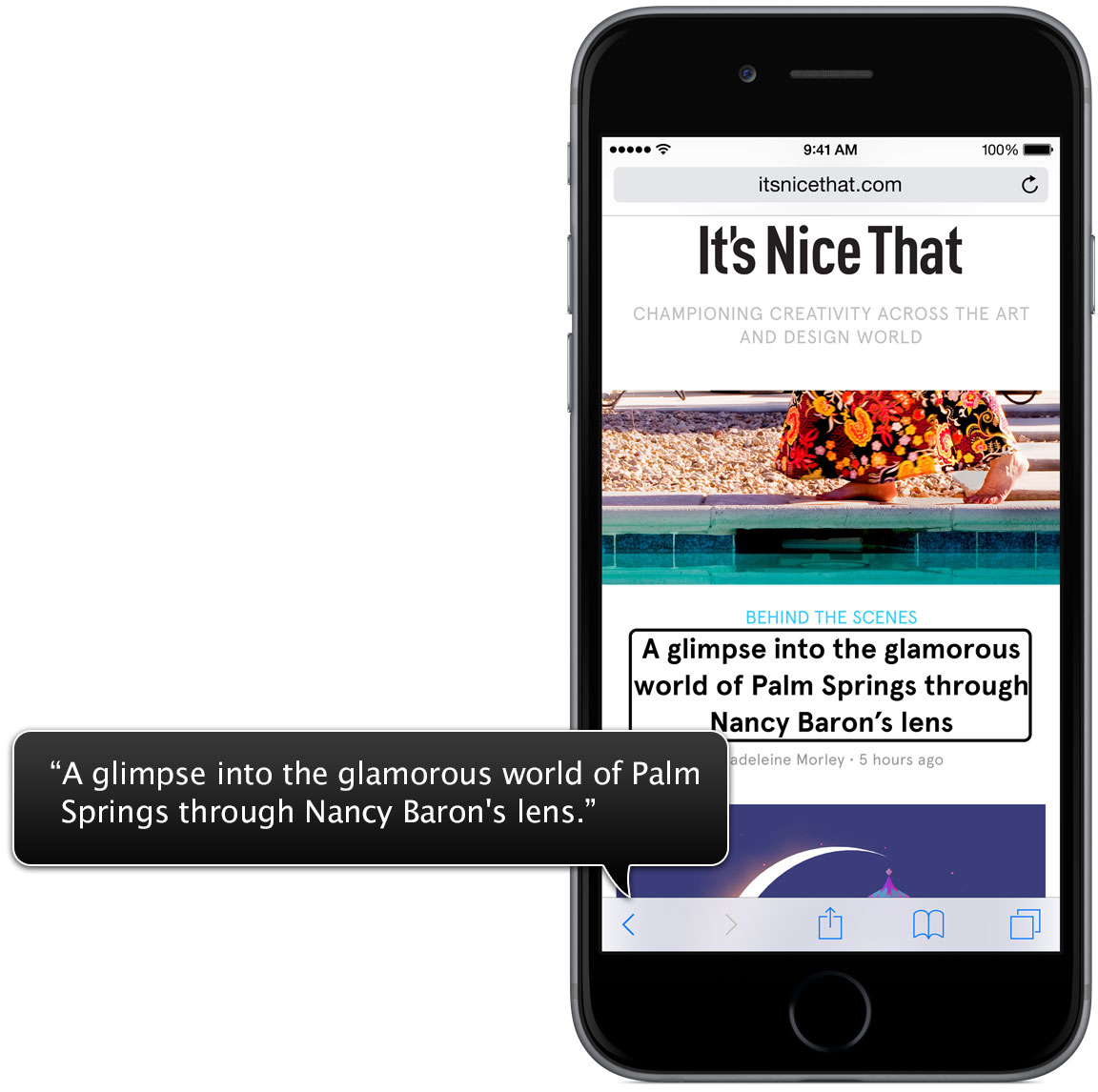 Apple’s VoiceOver technology has impressed the American Foundation for the Blind enough to award the company its Helen Keller Achievement Award for “breakthroughs in accessible technology.”

Part of Apple’s rich set of accessibility features available across Mac, iPhone, iPad and iPod devices, VoiceOver for OS X and iOS is a gesture-based screen reader that lets visually impaired users navigate their devices via spoken word and gestures.

The organization has recognized not only VoiceOver, but other features that make the iPhone, iPad and other iOS devices accessible to people with vision loss.

“Apple received an AFB Access Award in 2009 for its trailblazing engineering of accessible products and continues its extraordinary efforts to make their products accessible for everyone,” reads the press release.

Other awardees include actor Charlie Cox for his portrayal of a blind superhero, Ward Marston a musician and recording engineer with vision loss, and VandaPharmaceuticals Inc. for pioneering treatment of a circadian rhythm disorder, Non-24 Sleep-Wake Disorder, that can affect people who are totally blind.

Apple’s accessibility features have made it into the Apple Watch, too. For example, the device lets you the set a larger text size, enable bold text, turn on sharper contrast, use VoiceOver and more. 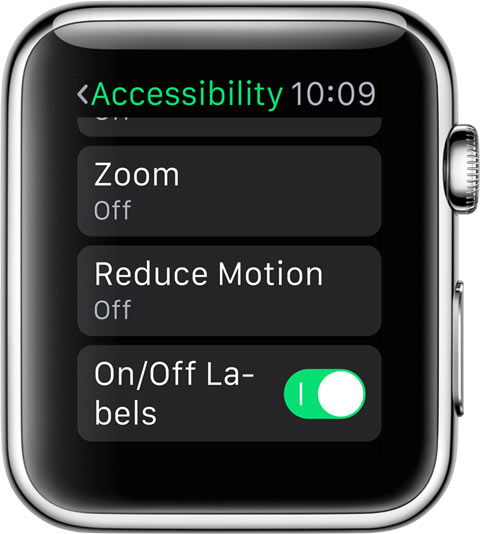 Interestingly enough, Apple recently put its Vice President of Environment, Lisa Jackson, in charge of accessibility efforts across the company.

“We want all of our products to be accessible,” CEO Tim Cook told employees in March 2015 during his visit to the company’s flagship Apple Store in Berlin, Germany, as quoted by 9to5Mac.

In every product we do, we want it to be accessible for everyone. This is not something that we sit around and figure out what the ROI is. I can give a rats what the ROI is. It’s one of those things that goes in the just and right column.

He then said the Apple Watch “will start with doing some things, but it will become better at more things over time” in response to questions related to the device’s accessibility features. 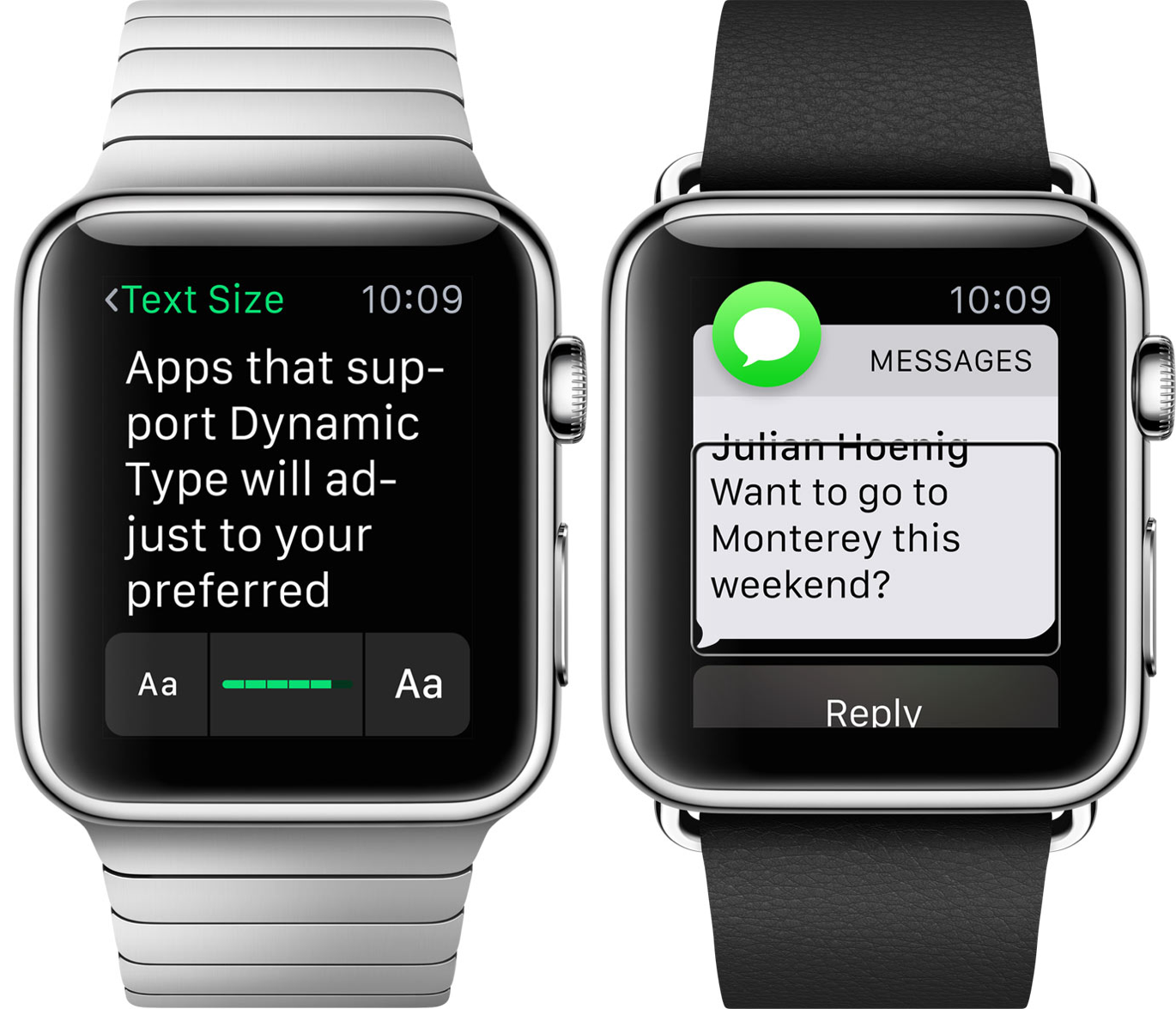 Molly Watt, pictured further below, lives with Usher Syndrome, an incurable genetic disorder, and has reviewed the Apple Watch from her perspective as a near-blind and deaf person.

In an inspiring write-up on her popular blog, Molly said she was initially concerned not just about the face size but how busy it would appear to her and also if there would be an uncomfortable glare.

Molly was born deaf, registered blind when she was 14 and has only a very small tunnel of vision in her right eye.

So far for me the most useful App on the Apple Watch is Maps – on my iPhone I can plan my journey from one destination to another, for me it will be on foot with Unis my guidedog.

This is where Haptics really come into its own – I can be directed without hearing or sight, but by a series of taps via the watch onto my wrist.

According to Wikipedia, Usher Syndrome is a relatively rare genetic disorder caused by a mutation in any one of ten genes resulting in a combination of hearing loss and visual impairment, and is a leading cause of deaf blindness. 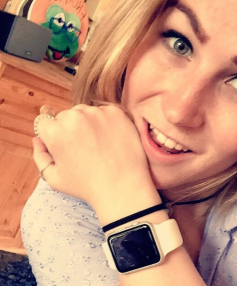 “I am fortunate to have a few friends who also have the Apple Watch and together have devised ways of communicating in ‘Code’ when out, particularly when out at night and in dark situations when I am completely blind,” she continued.

“I can get message to friend I’m uncomfortable or I need assistance or help of some kind,” she added.

It’s encouraging to see VoiceOver  being implemented into some iOS games, too. To that extent, an extensive piece by TouchArcade offers interesting testimonies from blind gamers and provides the short list for the best accessible iOS gaming experiences out now.

A good example of VoiceOver in games is King of Dragon Pass, largely a text-based adventure game for iOS which caters to blind players by offering VoiceOver controls for reading text aloud.

Although the original PC release skipped on accessibility because such features are not easy to implement on Windows, designer David Dunham was able to add VoiceOver to the game without any extra work done.

King of Dragon Pass uses Apple’s UIKit framework so “The only part that required extensive work was the game’s map, which was originally designed as being coordinate-based,” the article explains. 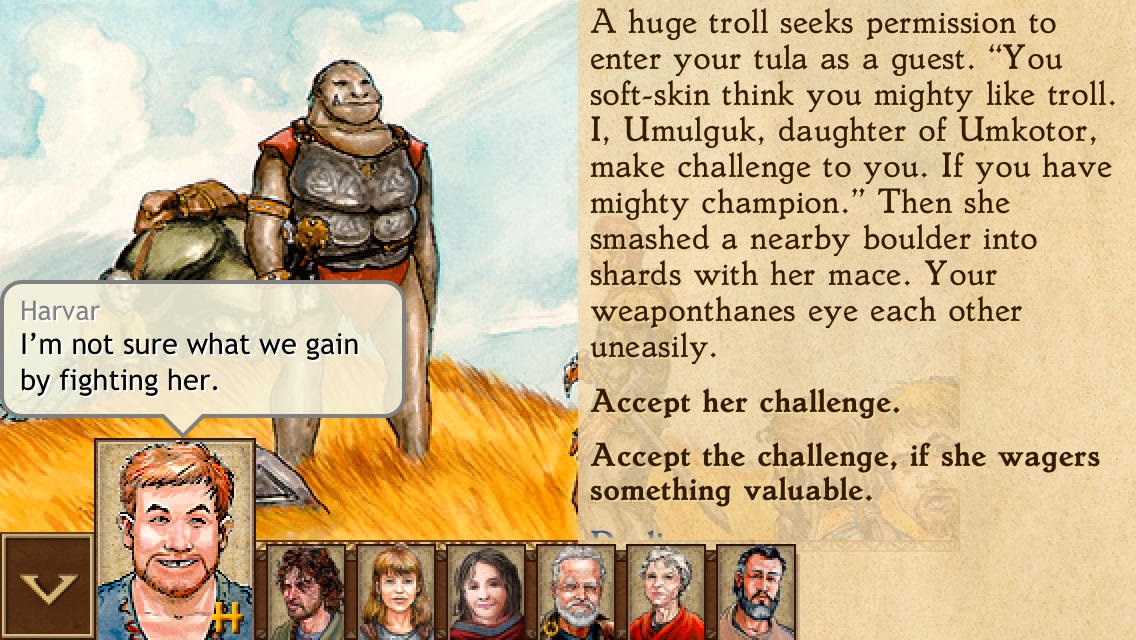 “The new VoiceOver map is actually composed of discrete tappable areas, according to Dunham, something that came about as a result of enthusiastic testers and would-be players.”

Since implementing VoiceOver, seven percent of players have enabled VoiceOver in King of Dragon Pass. A Dark Room is another inspiring example of a game that supports VoiceOver, its developer stressing that “It’s worth it to get a thank you email from a father with a blind daughter that can enjoy a popular game that her seeing friends play too.”

With VoiceOver for iOS, triple-clicking the Home button lets you hear a spoken description of everything happening on the screen, from battery level to who’s calling and more.

Using a customizable virtual control called the rotor, users can rotate two fingers on the trackpad or the touchscreen as if they were turning an actual dial to access a rich set of commands, like browsing a webpage more quickly, navigating a document to check spelling and grammar, hearing settings like “word” or “character” and more. 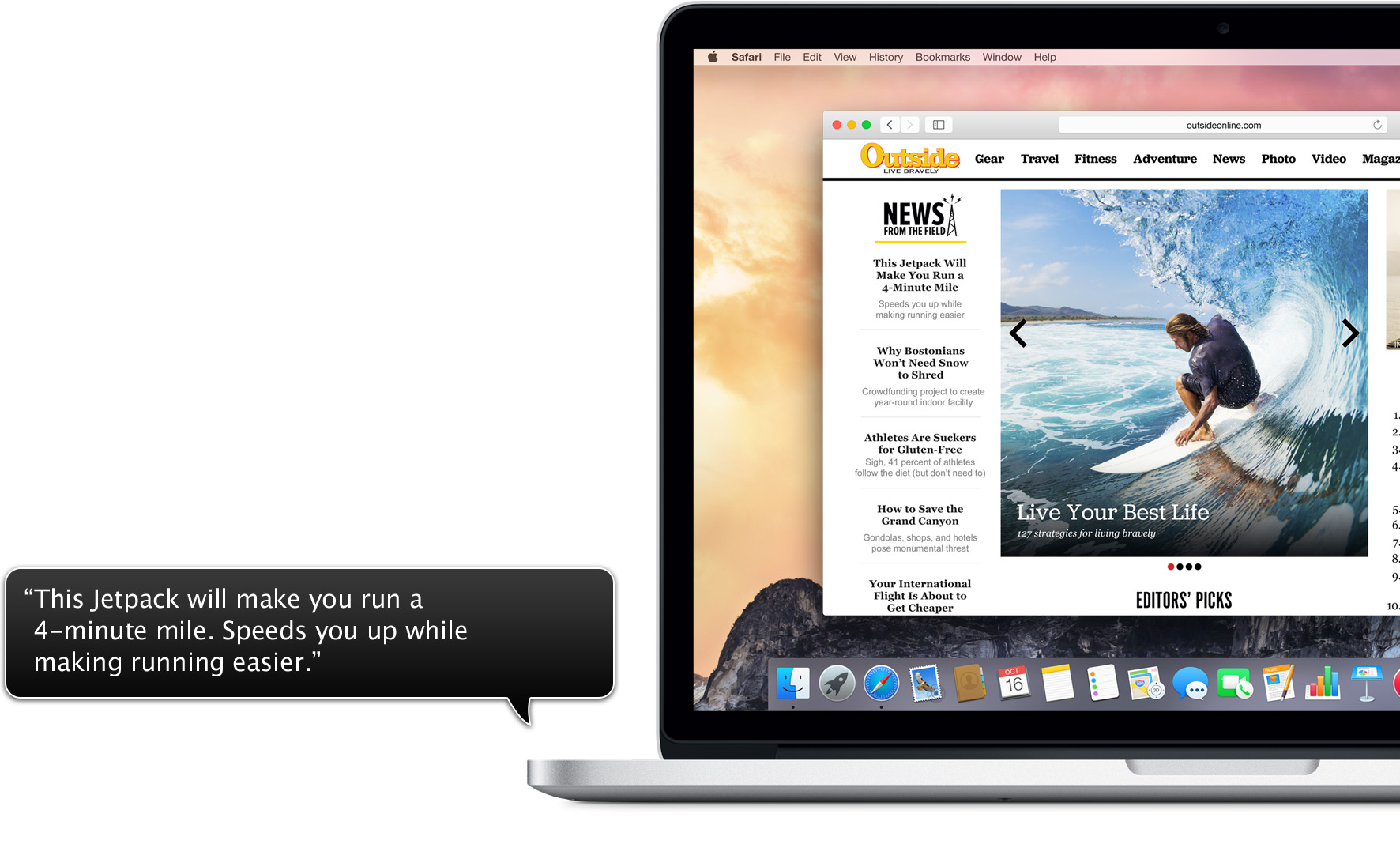 In addition to telling you what’s on your Mac’s screen, VoiceOver gives vision impaired users complete control of their Mac and actually walks them through actions like selecting a menu option or activating a button using the keyboard or trackpad.

On both iOS and OS X, users can adjust the speaking rate and pitch to suit their needs, which comes in handy when consuming long passages of text on webpages, electronic books, documents and more.

Source: The American Foundation for the Blind