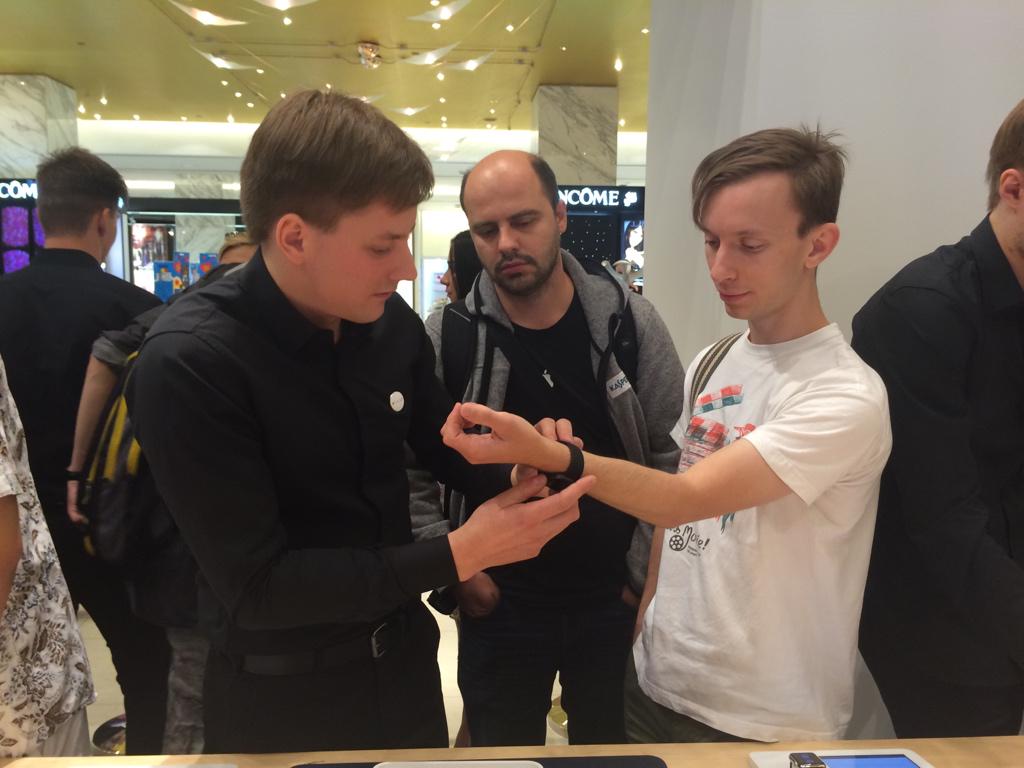 In Turkey, for example, the device is also available via company-woned brick-and-mortar stores at the Zorlu Center and Akasya Shopping Center in Istanbul. In Russia, the Apple Watch is available for walk-in customers at iPort, Re:Store and C-store outlets. And in New Zealand, the Apple Watch can be purchased in select Apple Stores.

Apple Watch prices in New Zealand, Turkey and Russia are as follows:

The New Zealand Herald reports that the device debuted quietly in the country as the hype for the gizmo is noticeably more subdued than previous products.

Here’s a customer checking out the watch at a New Zealand Apple Store.

According to Kirk Burgess, Apple CEO Tim Cook and Vice President of Worldwide Marketing, Phil Schiller, both queued up for the New Zealand launch this morning.

Best Buy will start carrying the device across online and retail stores in the United States on August 7. Best Buy Canada confirmed earlier this morning that the Apple Watch will hit more than fifty retail locations in the country on August 14.

Photo: a customer trying on an Apple Watch in Russia, via @Bon_Sens.