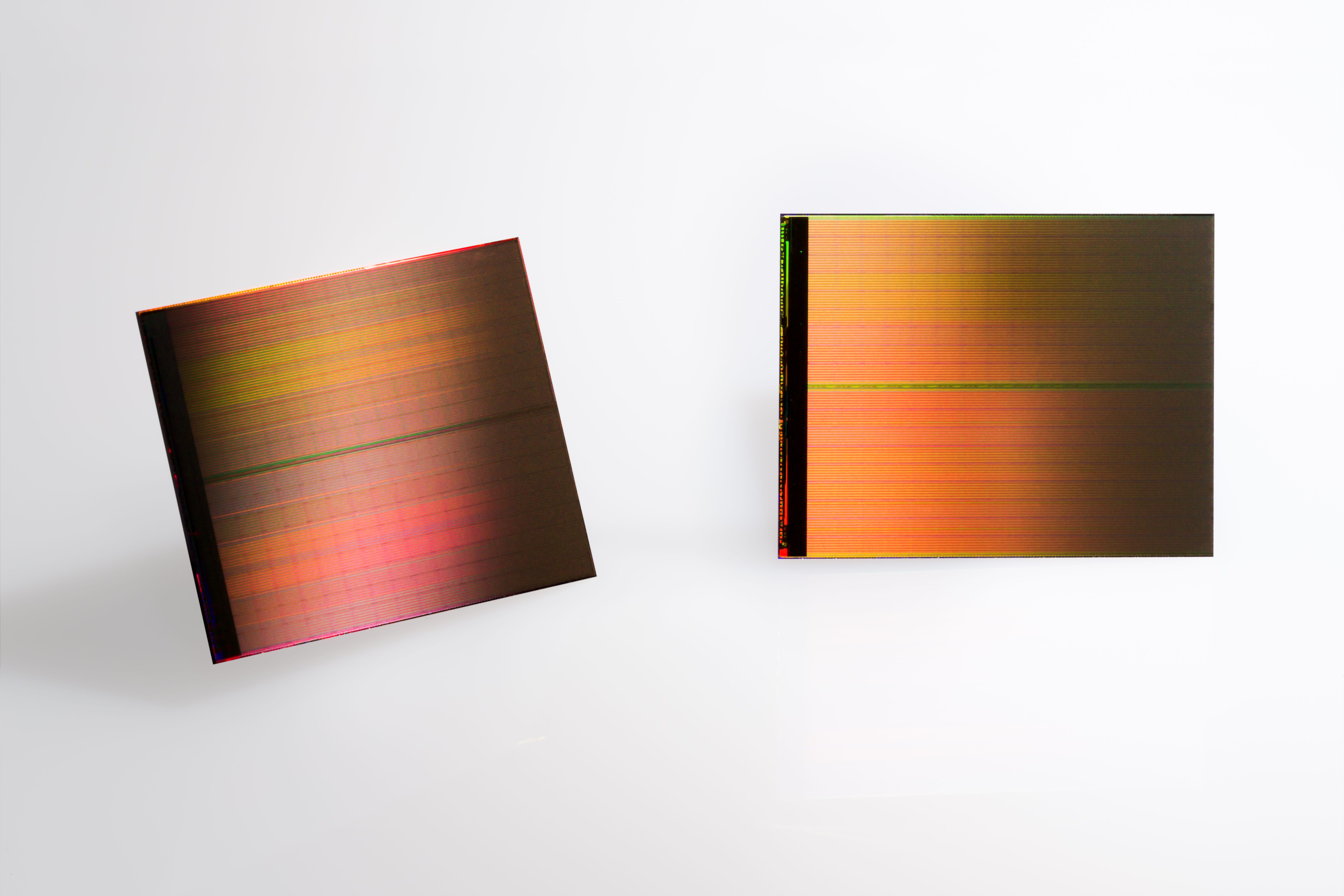 Chip makers Intel and Micron today announced a major breakthrough in memory process technology which promises to increase the performance of NAND flash chips by a factor of 1,000.

The name of this game-changing technology is 3D Xpoint, pronounced as “crosspoint”. Not only does it enable 1,000 times faster performance, but has up to 1,000X greater endurance than NAND flash and is 10X denser than conventional memory.

By comparison, today’s solid state drives typically offer between a hundred to up to a thousand times faster seek times versus traditional hard drive technology. Just don’t count on Intel’s new ultra-fast flash storage appearing in the next iPhone because a claimed logic board for an ‘iPhone 6s’ shows 19-nanometer flash memory chips by Toshiba.

3D Xpoint is fast, inexpensive and non-volatile, making it suitable for use across a wide range of mobile and desktop devices such as iPhones, iPads and Mac notebooks as data is not erased when the device is powered off.

Intel underscores that 3D Xpoint is the first new memory category in more than 25 years since the introduction of NAND flash in 1989.

In fact, given the undeniable benefits of Intel’s new solution, 3D Xpoint has the potential to revolutionize any device, really. And this is what a typical 3D Xpoint wafer looks like. 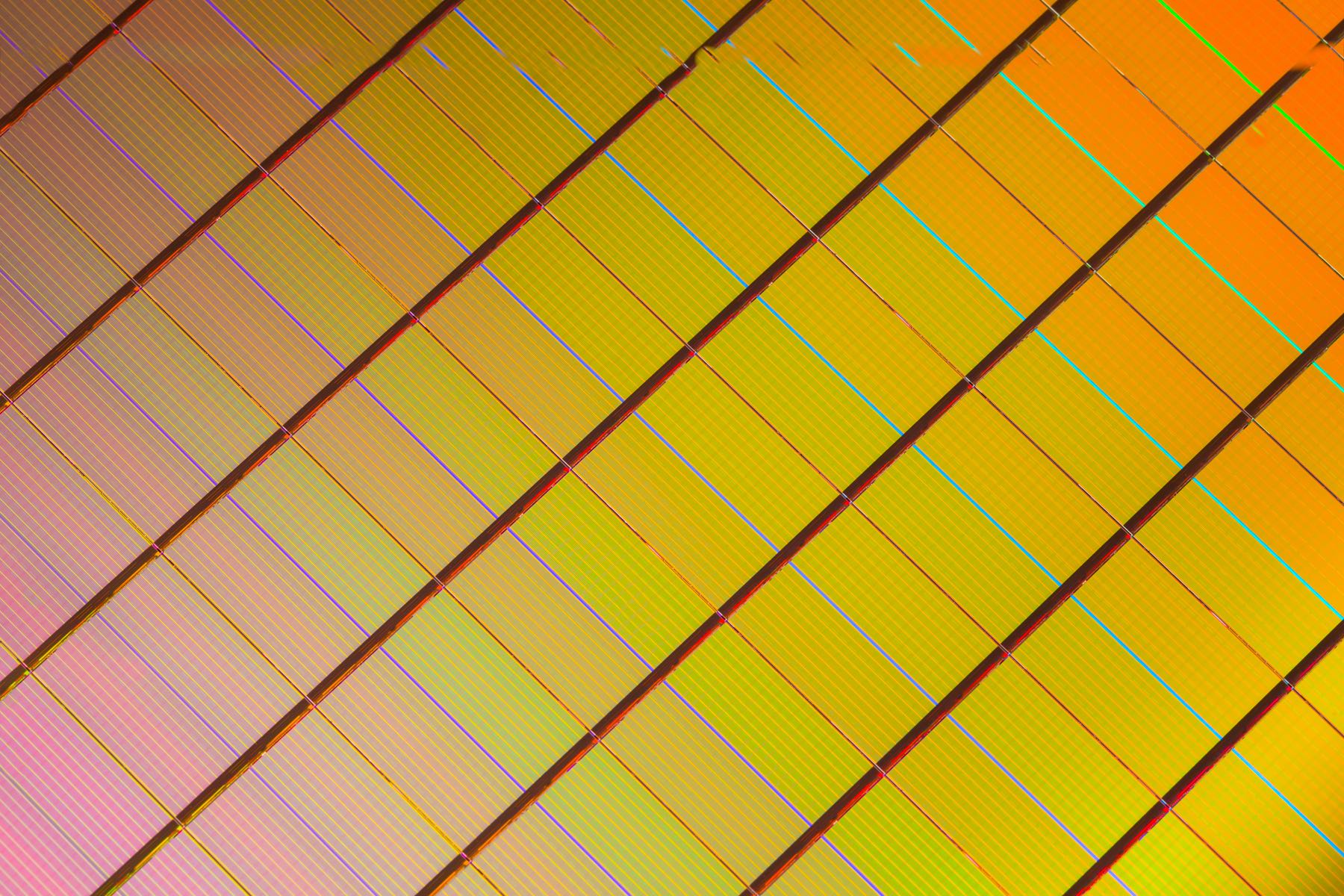 It all comes down to unique material compounds Intel and Macron invented together, coupled with a brand new cross point architecture for a memory technology.

Intel says that individual memory cells in 3D Xpoint chips are accessed and written or read by varying the amount of voltage sent to each selector. This eliminates the need for transistors, increasing capacity while reducing cost. 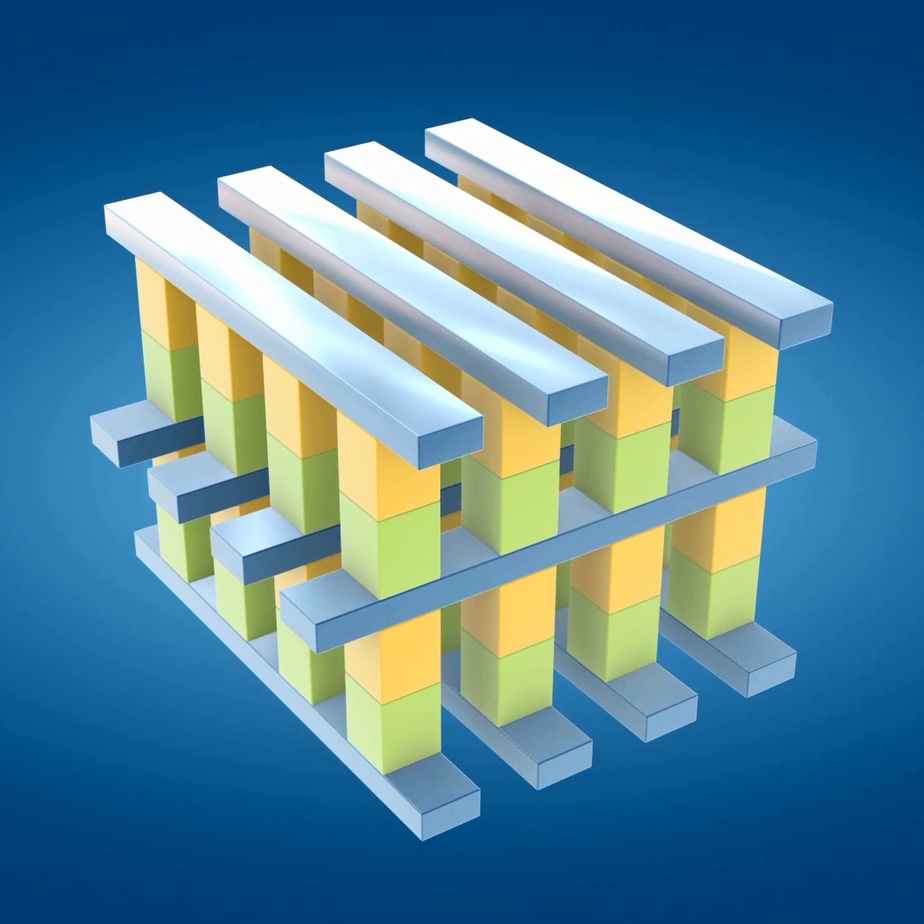 The high density of individual elements found on a single chip is achieved by using the cross point array structure. As shown below, perpendicular conductors are used to connect a whopping 128 billion densely packed memory cells, each storing a single bit of data.

Memory cells are also stacked in multiple layers. It is this compact structure that results in high performance and density.

The magic behind 3D Xpoint

But just how does 3D Xpoint technology achieve a thousand times faster performance?

Although Apple has traditionally relied on flash storage chips for iPhones and iPads from the likes of Samsung, Toshiba and other suppliers, Intel’s new technology sounds too good to be ignored.

Having a 1,000 times faster flash storage inside an iPhone would result in major speed gains when loading apps, multitasking, accessing documents and other data, while potentially lowering energy use as well.

Reducing the lag time between the processor and data will have a major impact on apps that work with large datasets like image and video editing software and graphics-intensive games.

Should Apple choose to implement 3D Xpoint technology in iOS devices, it almost certainly won’t happen until next year’s iPhone and iPad refresh—at the earliest. The price of the technology needs to come down first before it can be mainstreamed. For those wondering, Apple doesn’t just embed off-the-shelf NAND parts on device motherboards.

Instead, the company optimizes the performance and reliability of exiting NAND flash chips in-house, using engineering talent from its 2012 acquisition of Israeli chip experts Anobit.

Intel will sample 3D XPoint technology later this year “with select customers.” In addition, both Intel and Micron are already developing individual products based on the new technology.

The chip giant has put together a nice timeline of breakthroughs in memory technology over the years and an infographic which illustrates technological solutions that have gone into developing 3D Xpoint technology.