Photography is the capture of emotion for reuse. I’m particularly fond of art – photography or otherwise – that makes me feel something on an emotional level, because if art doesn’t induce emotions, what is its point?

Obscura is a new camera app for iPhone that simplifies the art of taking meaningful pictures. The first real shot I took with this app made an onlooker want to download the app immediately, because she looked at the image and felt something. Even Obscura’s flat, black and white interface leaves the user with a feeling of simplicity that, while decidedly modern, somehow connects back to the original colorless photograph.

The fundamental purpose of Obscura, as with the other camera apps, is taking pictures. It stands out from many of its peers by providing simple but effective controls for setting focus and exposure and finely tuning ISO and shutter speed. Launching the app for the first time will walk users through the app to orient them with the controls, as, while well thought out, they come with a small learning curve. 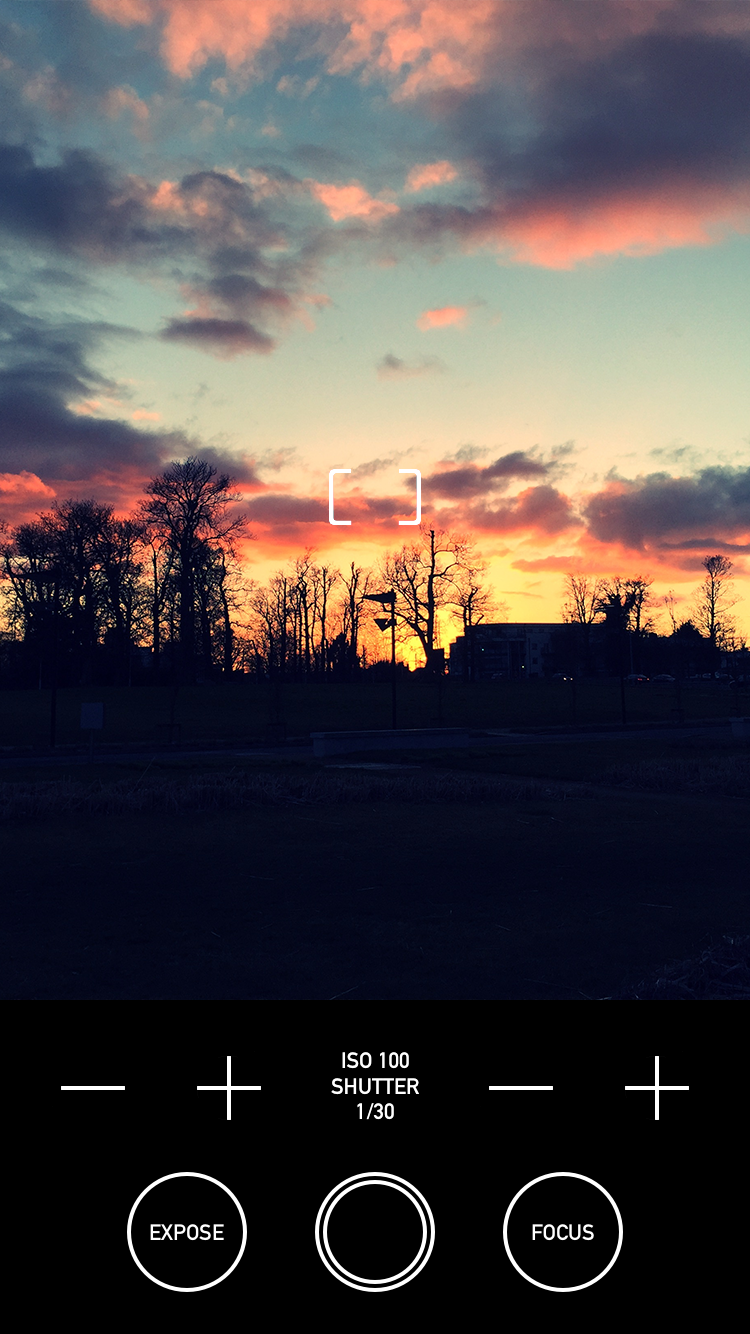 The plus and minus buttons on the left of the camera app’s interface are for adjusting ISO, and the right hand buttons control shutter speed. The left and right circular buttons are labeled expose and focus respectively, and tapping either of these allows users to quickly set the exposure or focus and lock it to prevent it from automatically adjusting, which is great for locking onto, say, a good exposure level while still moving the device around to find the best angle. Tapping again will set the exposure or focus again, while holding a button down will reset it to automatic mode.

In the center is a heads-up display showing the current ISO and shutter speed settings in numbers, and tapping this exchanges the previously mentioned pluses and minuses for another set of buttons via a bouncy animation. From left to right, these four controls toggle between the front- and back-facing cameras, set the flash to on/off/auto, cycle through three different grid overlays including the traditional Rule-of-Thirds, Square, and Circle, and a spirit level for keeping photos straight, and the last button invokes the settings menu.

Obscura also has a couple of non-obvious shortcut features, including double taps to switch between the front- and back-facing cameras, and the ability for users to press the volume up hardware button to snap a picture. 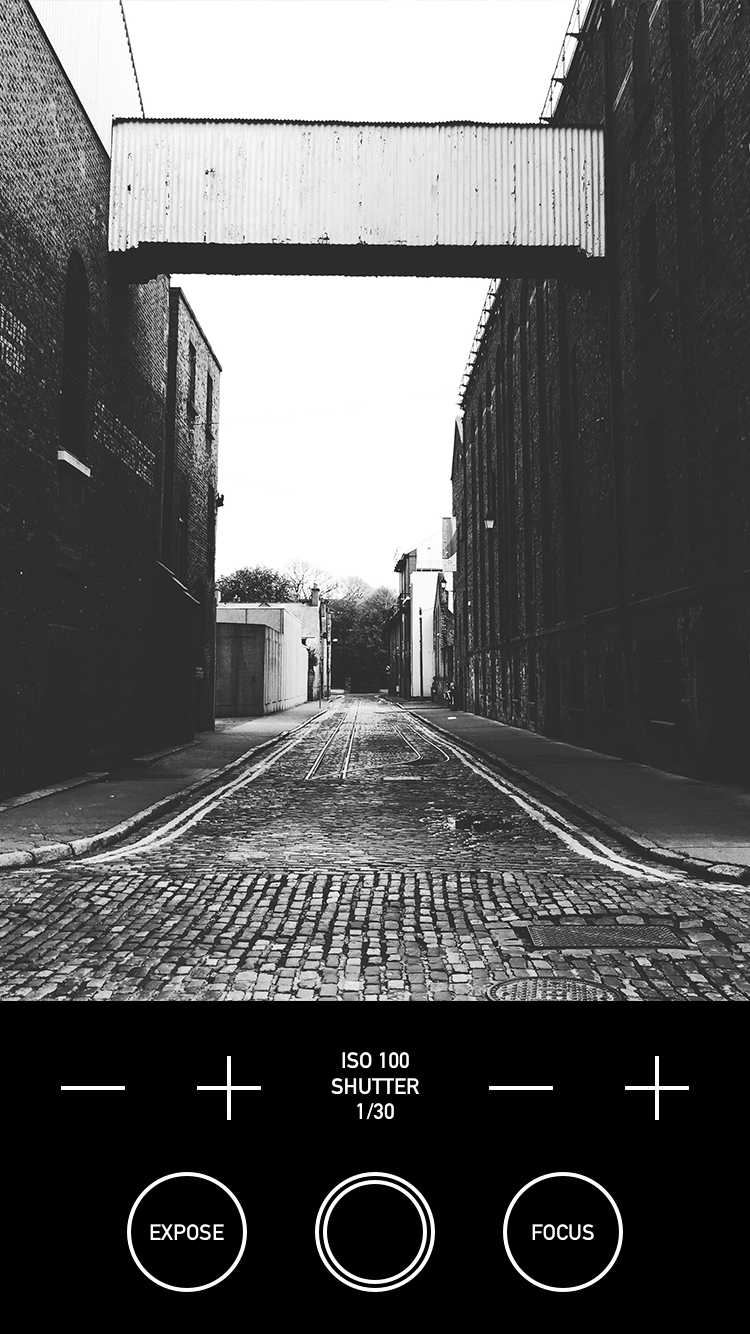 As I mentioned earlier, the app’s user interface is entirely in black and white, which is a tribute to the origins of photography while maintaining a very clean, modern feel. All previously described buttons rest on the bottom of the screen, easing the strain for users with large displays or smaller hands. Each component is placed logically, simplifying setting up a good shot quickly.

While it’s still fundamentally a camera app, Obscura is built in such a way that getting the desired result from a photo becomes incredibly simple with a bit of practice using the app. The various grid overlays help with aligning shots, while the circular buttons are perfect for setting up a shot with a natural depth-of-field effect and the perfect lighting. But instead of taking my word for it, why not download Obscura yourself for free in the App Store?