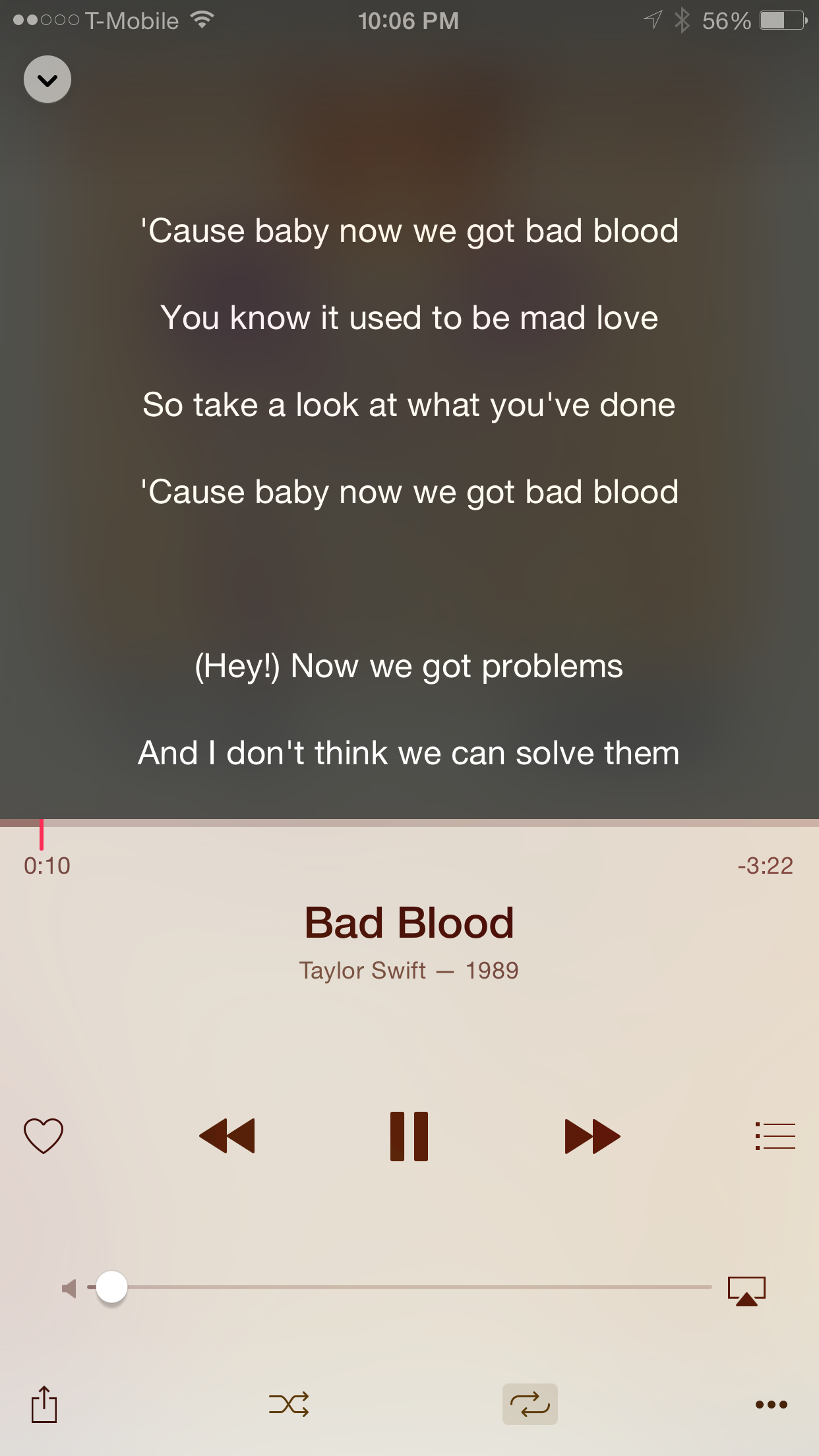 Apple Music is great, but with all of the new music discovery it brings, you’re bound to run into situations where you wish you had quick access to song lyrics. That’s where a brand new jailbreak tweak called LyricForMusic comes into play.

Once you install  LyricForMusic, a free jailbreak tweak on Cydia’s BigBoss repo, you can begin using it immediately. In fact, there are no options or settings to configure for the tweak in the stock Settings app.

To use LyricForMusic, simply begin playing a song. Once the song is playing, invoke the now playing interface, and tap on the album artwork. Within a second, the lyrics for the currently playing song should appear on top of blurred album artwork.

LyricForMusic is impressive—a near seamless affair. I did experience one bug with the tweak, though, and it had to do with it displaying lyrics for a previously played song. This generally happened when I let Apple Music automatically progress to the next song without manually skipping. Several others have complained about this well, and I’m hoping that this will be remedied in a future update.

Outside of that bug, I’m really impressed by LyricForMusic. It’s totally integrated within Apple Music, which makes it a nice alternative to third-party lyric resources. If the developer can clean up that one outstanding bug, then we’ll have a definite winner on our hands.

What do you think about LyricForMusic? Let me know in the comments below.