In what’s become a norm for the company these days, another outage has hit a number of cloud-based services as users around the world report issues accessing Apple’s content stores: the App Store, the Mac App Store and the iTunes Store.

UPDATE 1: Apple has now acknowledged the outage on the iCloud status page. “Users are experiencing a problem with the services listed above,” reads the notice. “We are investigating and will update the status as more information becomes available.”

UPDATE 2: The iCloud dashboard says all services have been restored after three and a half hours of downtime.

The problems have been ongoing since 9:45am Eastern.

The iTunes Store is down for some in both desktop iTunes for Mac and Windows PCs and on iPhone, iPod touch and iPad devices. The request simply times out, producing the following message. 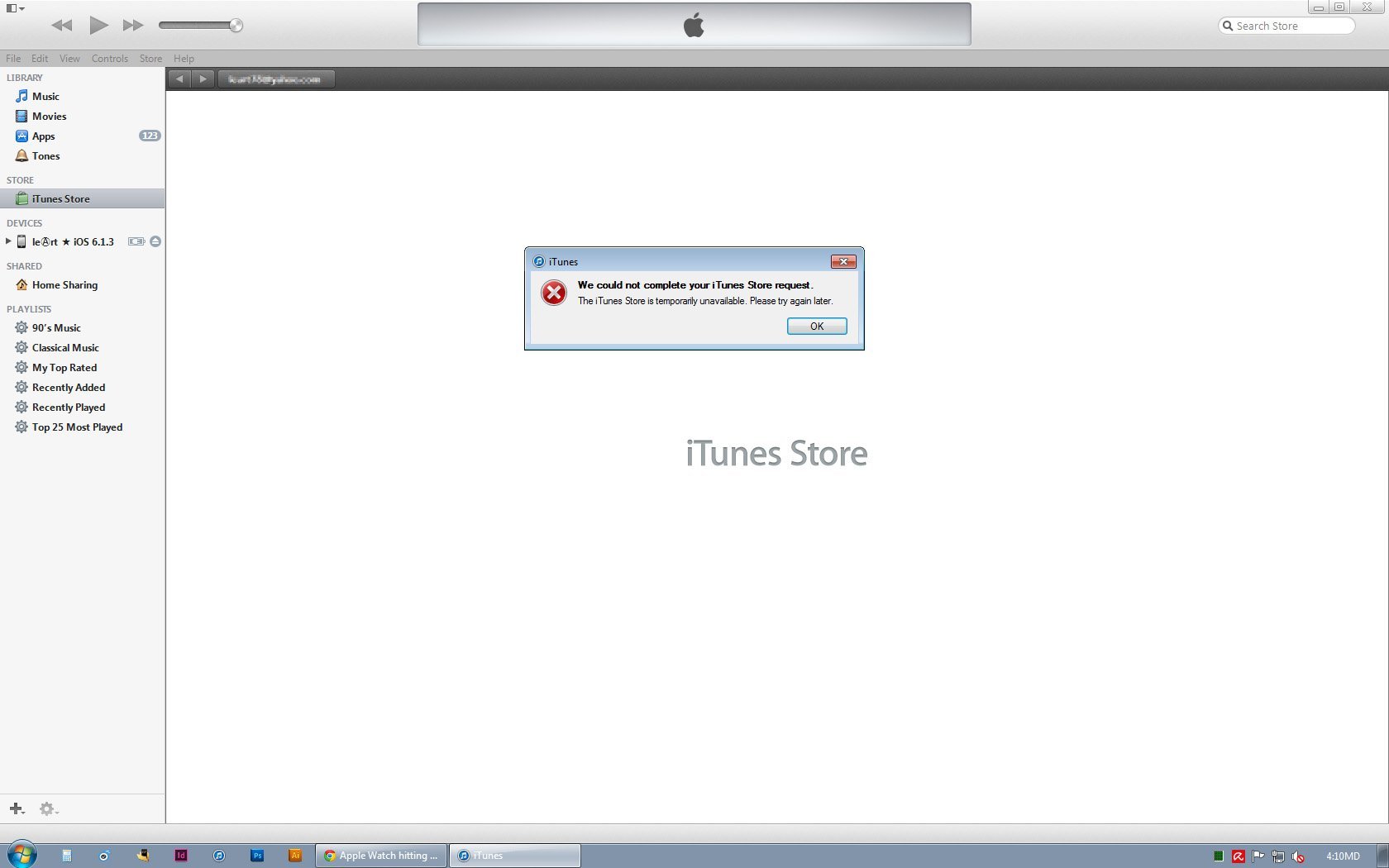 Apple Music and Beats 1 are both down. 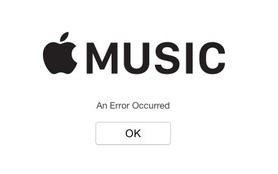 This is unfortunate as the 2015 MTV Video Music Awards nominees are scheduled to be revealed exclusively on Beats 1 later today at 7am Pacific / 10am Eastern time on the Beats 1 Chart show hosted by Brooke Reece with Travis Mills. 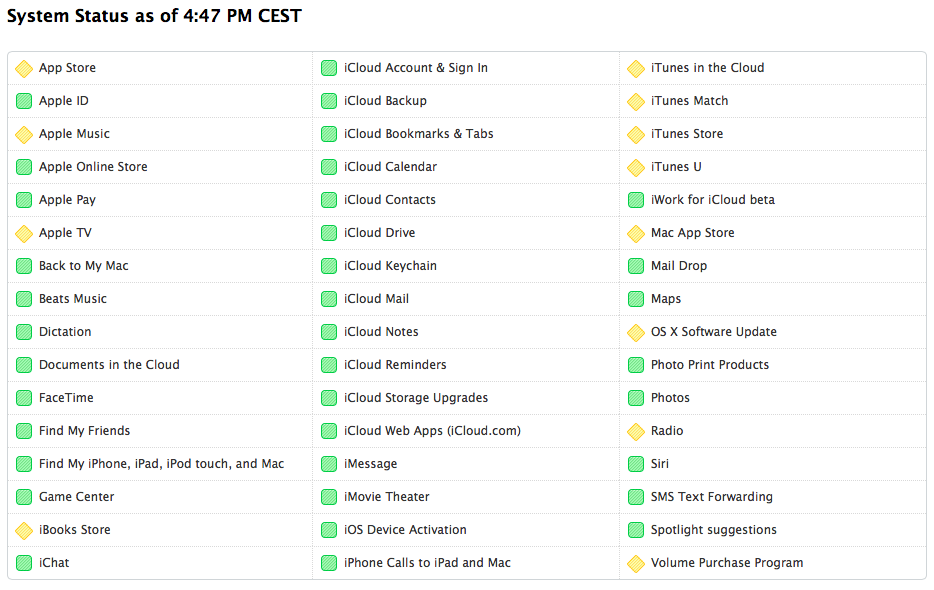 If you’re experiencing outages with iCloud services in your country, please describe the issue and post screenshots down in comments and I’ll update the post.

Thanks to everyone who sent this in!