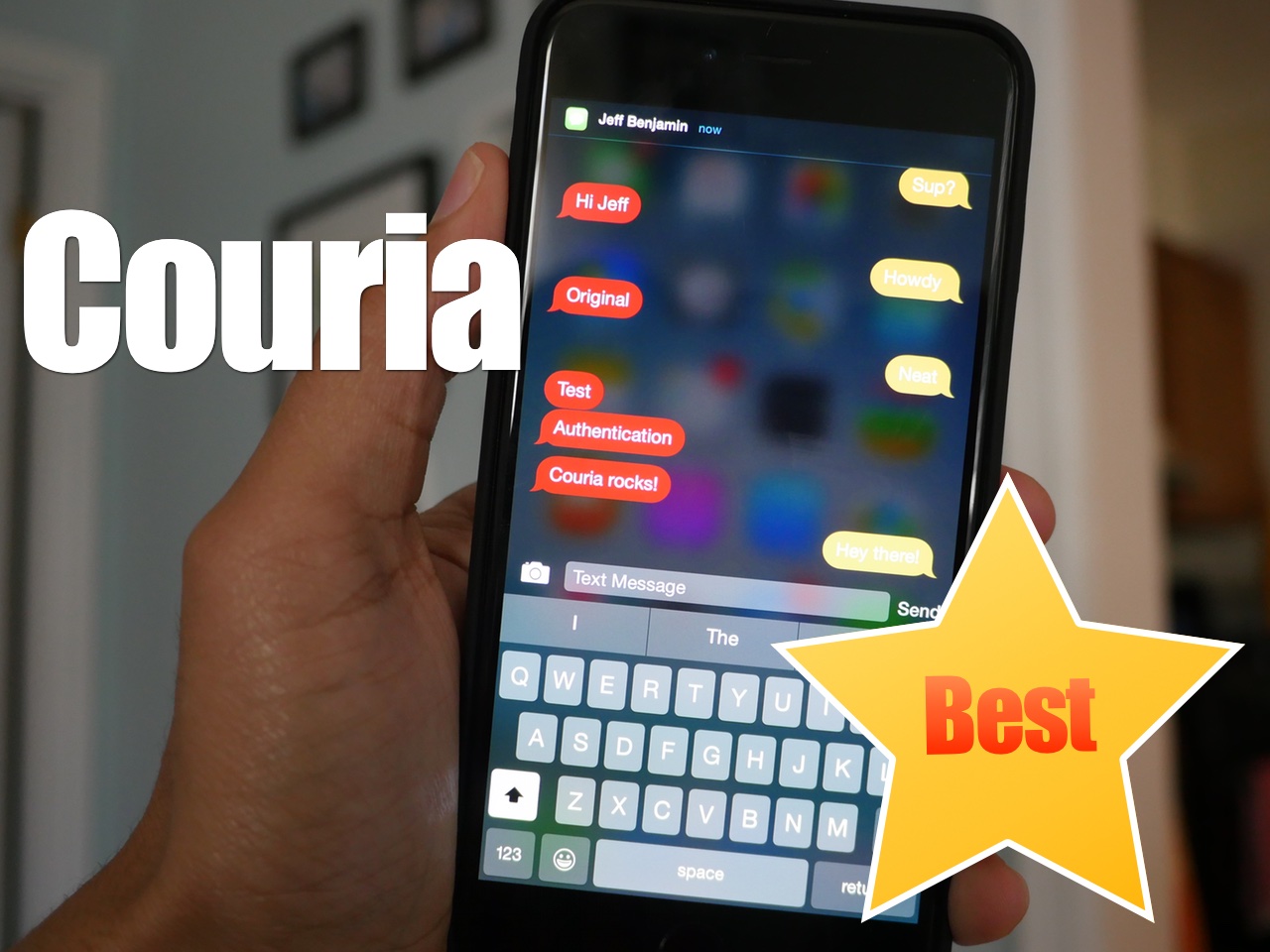 In the absence of biteSMS, Couria has historically stepped in to help fill the large void left by the once venerable quick reply and quick compose tweak for jailbroken iPhones. Thankfully, Couria is really good at what it does, and arguably better than biteSMS in some respects.

Once you install Couria, you can begin using it immediately. When you receive a Messages app notification banner, swipe down on the banner, and you’ll see a brand new quick reply interface that contains the entire context of the conversation that you’re engaging in.

You can also venture into Activator, assign a gesture to Couria, and use that gesture to quickly compose messages. The quick compose interface will present a list of your most recently used contacts, and allows you to fill in a specific contact as well.

Couria is lightweight on features, but includes enough customization options to keep most happy. For example, it allows you to customize the color of the incoming and outgoing chat bubbles, including the text color. You can select between three different Messages app themes—original, outline—the Couria standard—and custom. 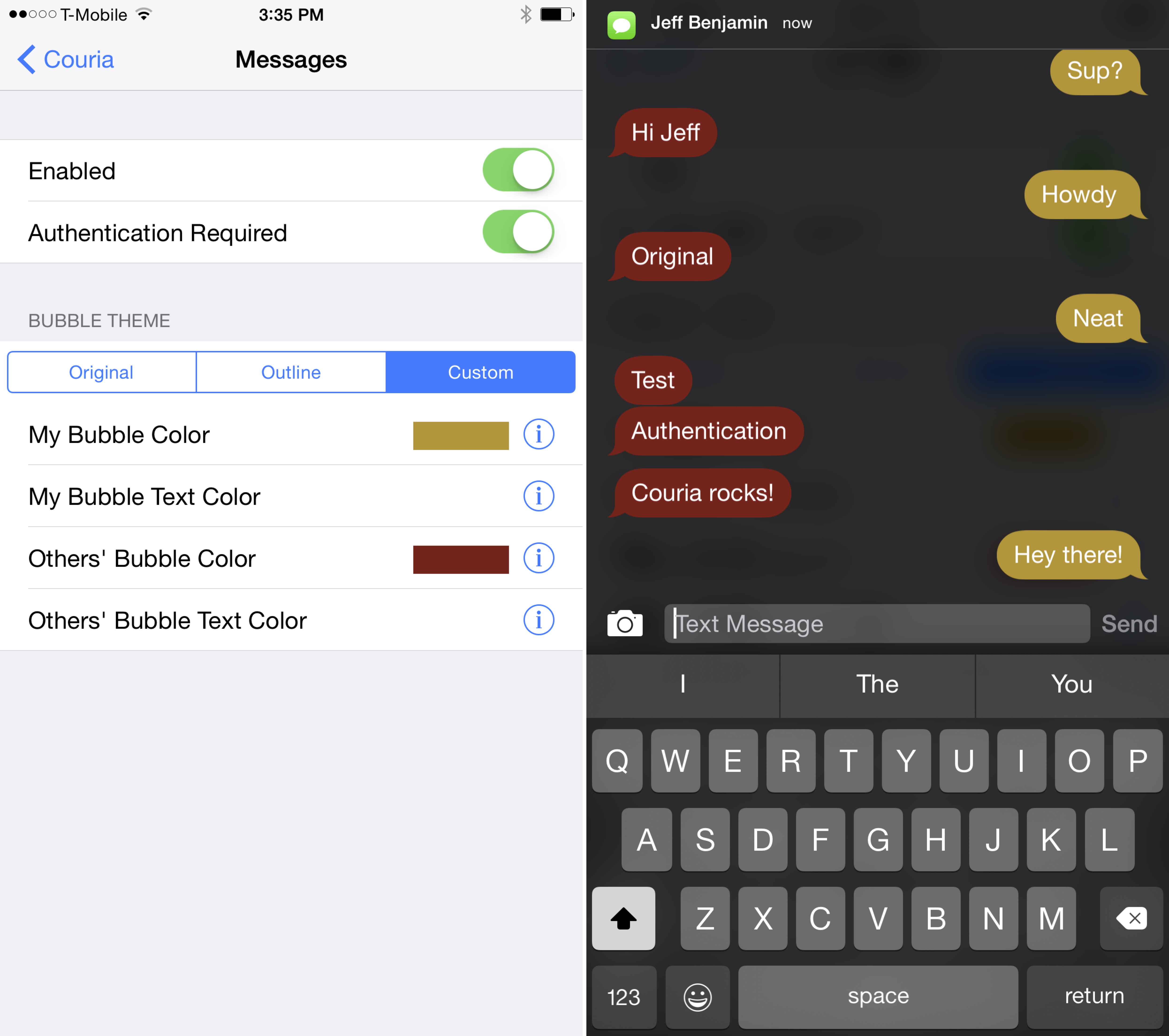 As you would expect, Couria works from the Lock screen as well. The preferences for the tweak includes a switch to enable authentication, which will force you to enter your passcode or verify with Touch ID before you can reply to a message, thus seeing the entire conversation.

Not only does Couria work with the Messages app, but it includes an API so that other developers can incorporate Couria into alternative messaging apps. That means that in the future, we could see add-on extensions for other popular messaging apps like Line, WhatsApp, etc.

To make using Couria an even more of a no-brainer proposition, the tweak is absolutely free on the BigBoss repo. Really, there’s no reason not to use Couria. It’s fast, lightweight, works just as expected, and it’s free. It’s the best quick reply and quick compose tweak available on Cydia, and a worthy biteSMS alternative.

What do you think about Couria?