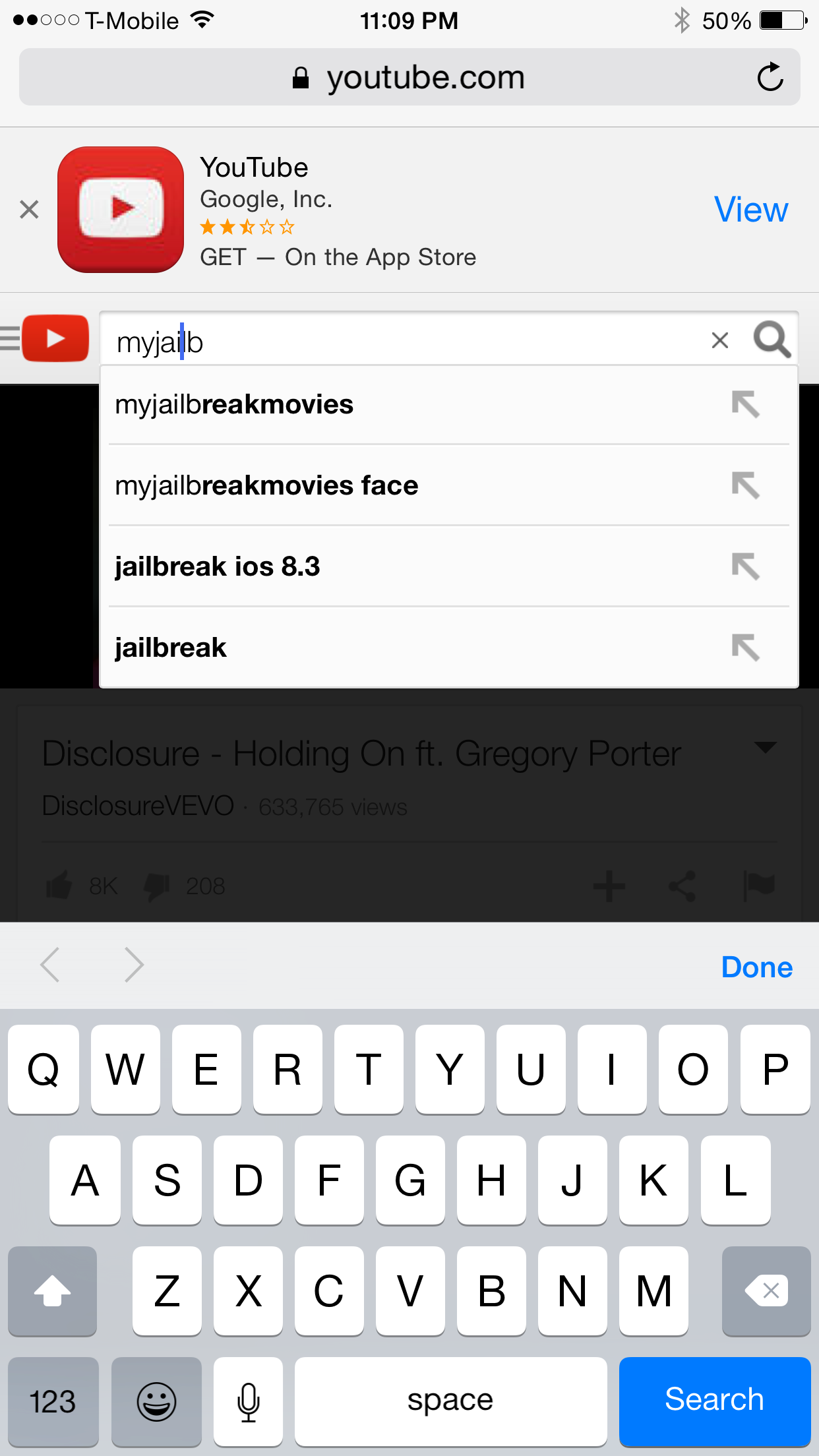 Whenever you see a top jailbreak tweak list, it pretty much goes without saying that Kyle Howells’ SwipeSelection will be appearing on said list. SwipeSelection allows you to swipe on the keyboard to move the iOS cursor in a precise location. The tweak was so good that Apple basically took its functionality and baked it into iOS 9.

Praise aside, users and fans of SwipeSelection have always known that the tweak has one glaring flaw: its inability to play nice with text boxes in Safari. Try swiping in a search box with SwipeSelection installed, and you’ll see what I mean.

One developer (@pw5a29) has apparently had enough, and has modified the open source project and created his own Safari-compatible version of SwipeSelection. Does it work? 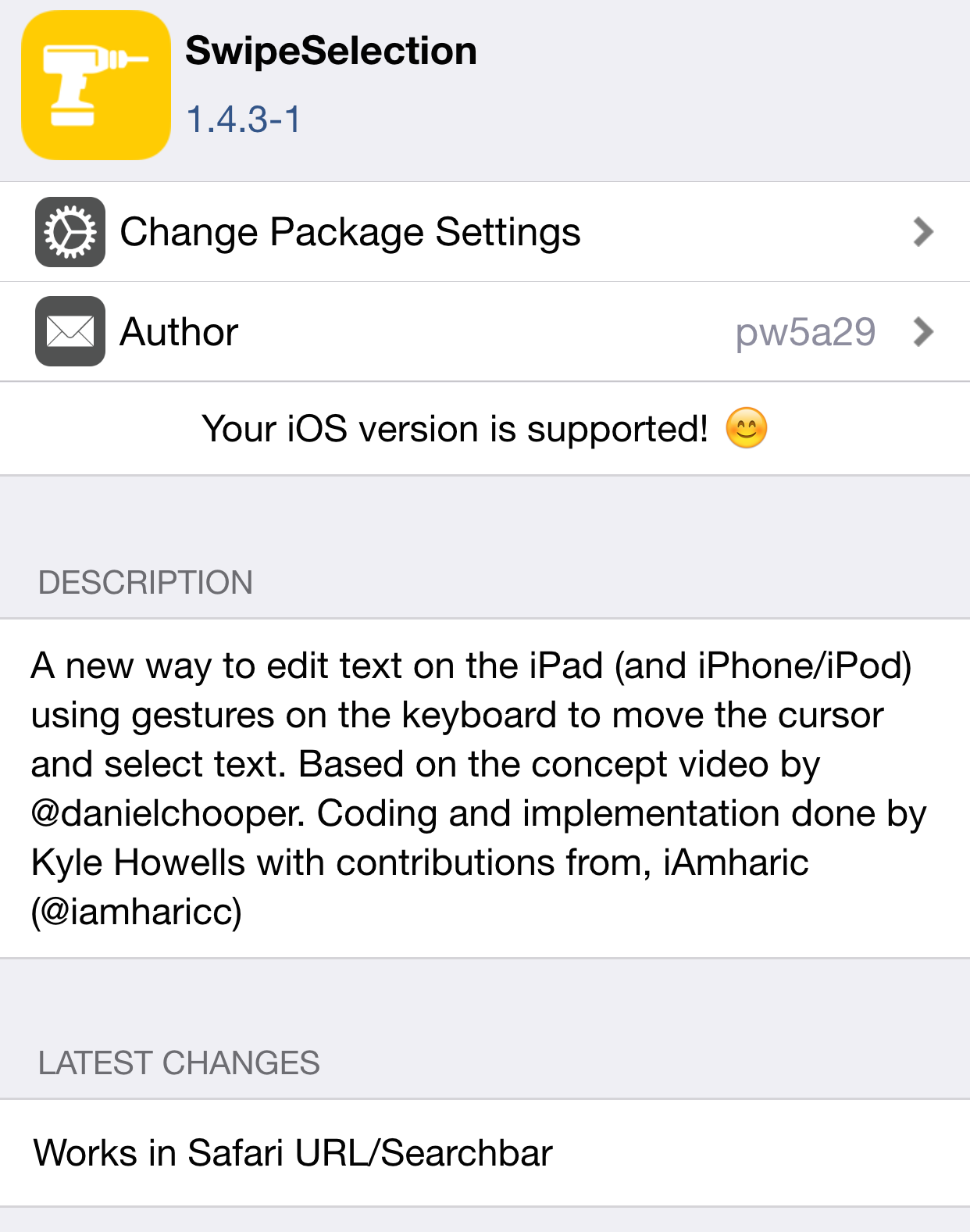 If you’d like to get this modified version of SwipeSelection, add the following repo to your list of Cydia sources:

The original developer of SwipeSelection, Kyle Howells, has commented on r/jailbreak about the update. He states that while he doesn’t mind the improvements—SwipeSelection is open source after all—the new developer should have adopted a new bundle ID and perhaps a new name for his version of the tweak. Not doing so will surely raise issues when the original SwipeSelection is updated, which Howells says he plans on doing this week.

What do you think about this improvement to one of the most popular jailbreak tweaks? Is this fix important to you?