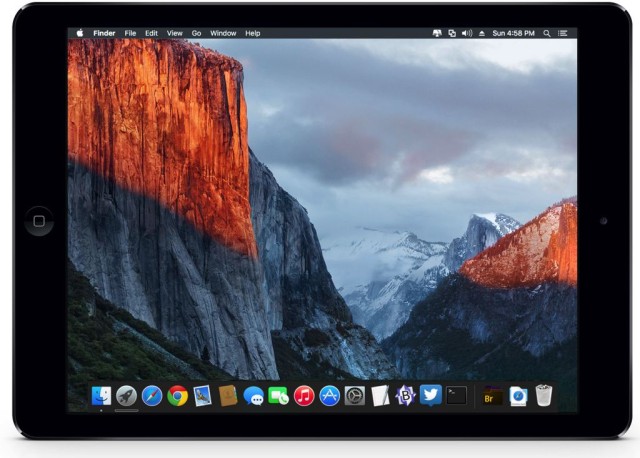 Is Apple really readying an iPad that could run both iOS and OS X? The toaster-refrigerator dilemma has been occupying the collective mind of fans who have been keeping their fingers crossed for the convergence of the Mac and iPad ever since the original iPad debuted more than five years ago.

Apple’s European trademark filing for ‘El Capitan’ is certainly intriguing, to say the least, as it mentions tablets as one of the devices targeted by the desktop operating system, as revealed yesterday by Patently Apple.

A verbiage in the European Patent & Trademark Office’s trademark filing for “OS X El Capitan” mentions tablets, hinting that El Capitan might be on its way to iPads.

Again, Apple could be simply covering all the bases here though it’s still interesting that tablets were not mentioned in previous OS X filings. Maybe a rumored ‘iPad Pro’ that should have a screen measuring between 12.2 and 12.9 inches diagonally would be the perfect device to bring El Capitan over to tablets?

The iPad Pro is rumored to include USB-C, an optional stylus accessory built by Apple, NFC, Force Touch-enabled screen and Apple’s next-generation A9 processor.

Commenting on Microsoft’s approach to Windows, which was designed to scale easily from tablets to notebooks to desktop systems, Apple CEO Tim Cook said back in 2012 that converging a toaster and a refrigerator would work badly for users. 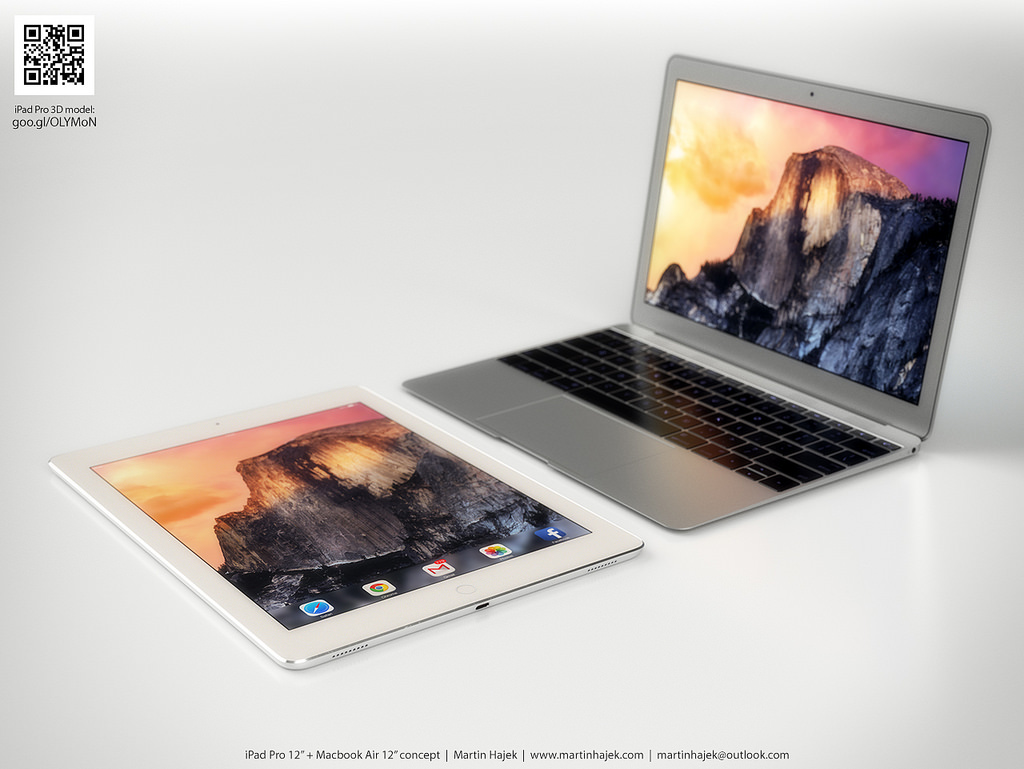 “You wouldn’t want to put these things together because you end up compromising in both and not pleasing either user,” he said. “Some people will prefer to own both, and that’s great too. But to make the compromise of convergence, we’re not going to that party.”

“Anything can be forced to converge. But the problem is that the products are about tradeoffs,” Cook told the New York Times’ Nick Wingfield.

“You begin to make tradeoffs to the point where what you have left at the end of the day doesn’t please anyone. You can converge a toaster and a refrigerator, but you know, those things are probably not going to be pleasing to the user.”

According to IDC, hybrid tablet-notebook devices will be adopted by half of enterprise users over the next few years.

Is El Capitan coming to an iPad near you, do you think?