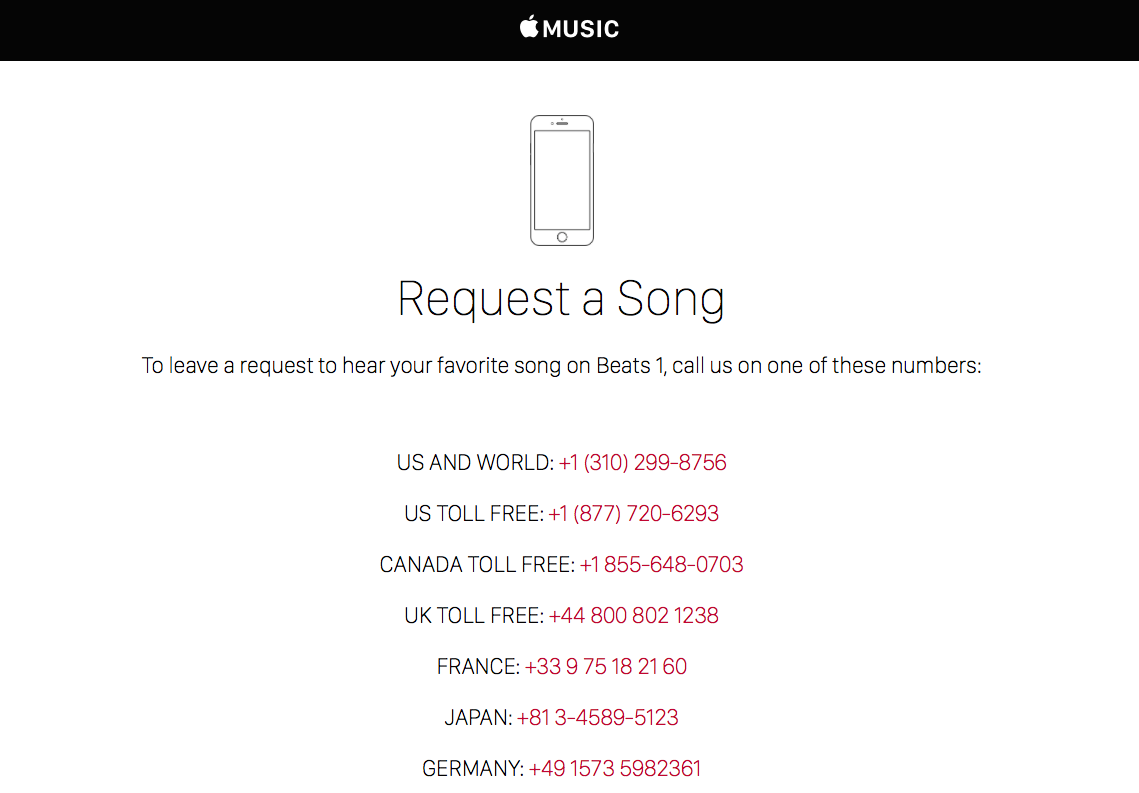 Apple’s new 24/7 radio station, Beats 1, went live this morning and is now in full effect. Initial feedback on the experiment is mixed—some people really like it, others don’t—but the consensus is that Apple has managed to capture the essence of radio.

Keeping with that theme, Apple has announced that it’s going to start taking listener requests for songs during at least a small segment of its Beats 1 broadcast. From the service’s official Twitter account: “in a few hours, we turn the show over to you.”

The tweet also contains a link to a landing page that reads Request a Song. Unfortunately, it doesn’t look like requests can be submitted online (yet), but Apple does provide several phone numbers (well, only a few say ‘toll free’) that listeners can call into.

I called into the service, and was quickly greeted by a recording that asked me to say my name, where I’m calling from, what I’m up to and what song I wanted to hear. I requested Power, by Kanye West (first thing that popped in my head), so listen for it!

I don’t know yet if they are picking requests at random or tallying up all requests, but the fact that they are getting input from users is still pretty cool. Beats 1 continues to be a compelling service for me, and I can’t wait for the shows and interviews to start.