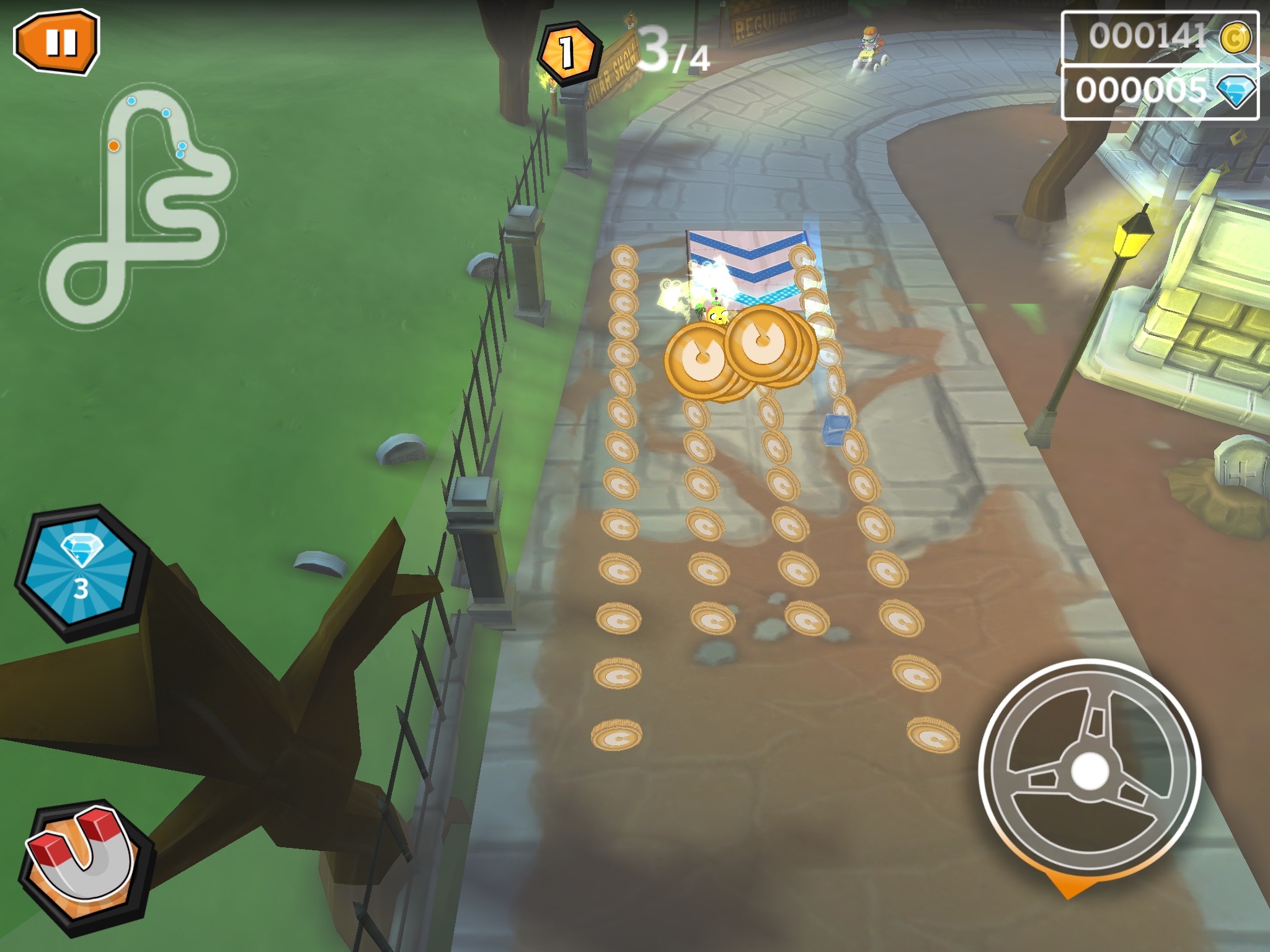 If you love battle race games that let you speed your way across a variety of courses while taking down your opponents, there is a new game in your future.

Similar to such battle racing games as Mario Kart, players race to the finish line while attacking their opponents with special powers, like frost or bubble gum. In this game, players control their favorite Cartoon Network characters from such shows as Power Puff Girls, Adventure Time, and Ben 10.

In this 3-D racer, players get behind the wheel of a supped up speedster. The camera follows the track as you race around sharp turns, collecting coins and avoiding oil slicks.

Cars are fully upgradable with a wide variety of changes to body, tires, and tailpipes. Turn your dune buggy into a donut with hamburgers for wheels and a LEGO tailpipe. You can also upgrade your vehicle stats for better acceleration, top speed, and turbo boost. 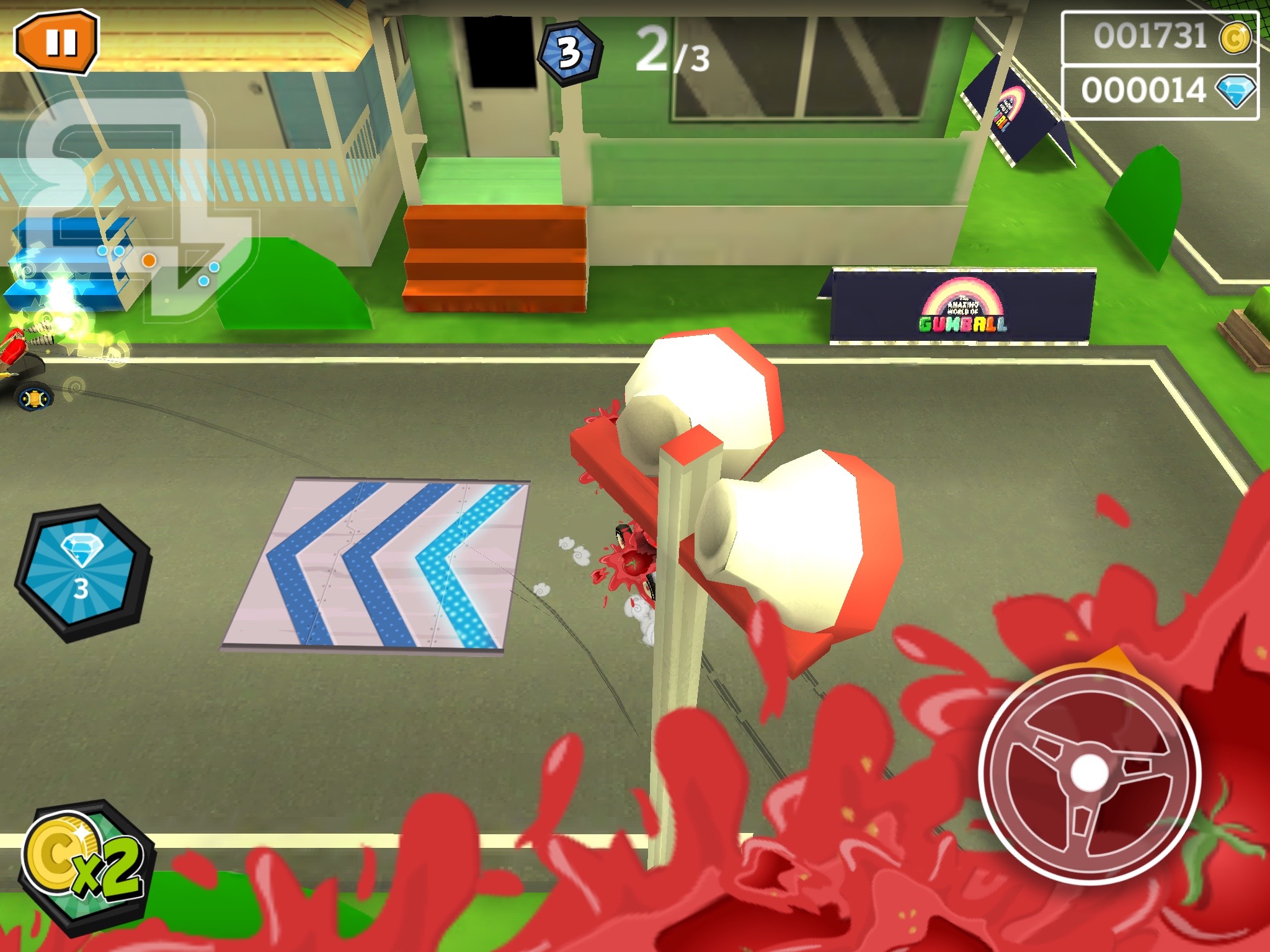 Starting with Clarence and a big wheel cart, players play in either Tournament mode or Adventure mode. I recommend starting off with Adventure mode. Opponents are easier to beat and you can earn coins and diamonds to upgrade your cart before heading out against the big dogs.

In Adventure mode, players do their best, earning stars for coming in first, second, or third place. You will unlock new locations by earning a certain number of stars.

In Tournament mode, players compete in show-themed races to reach the top ranks against real players. You compete against AI racers, but your best time is listed amongst the top 50, if you make it.

Throughout the course, players collect coins and diamonds, which are used to customize and upgrade their carts. Turn your big wheel into a soapbox cart with a shark fin and candy wheels.

Players also pick up power ups that offer projectile attacks like ice cubes or bubblegum, which slow opponents down. You can also drop a box of tomatoes on the track. When an opponent runs into the box, his screen will get splattered by tomatoes.

Helpful power ups include a magnet, which attracts all nearby coins and diamonds, and a 2X coin multiplier.

The more you play, the harder it gets to beat your opponents. Tracks get harder and have more complex turns. Plus opponents upgrade their cars, too. So, you can’t wait too long to increase your acceleration and top speed or you’ll get left in the dust. 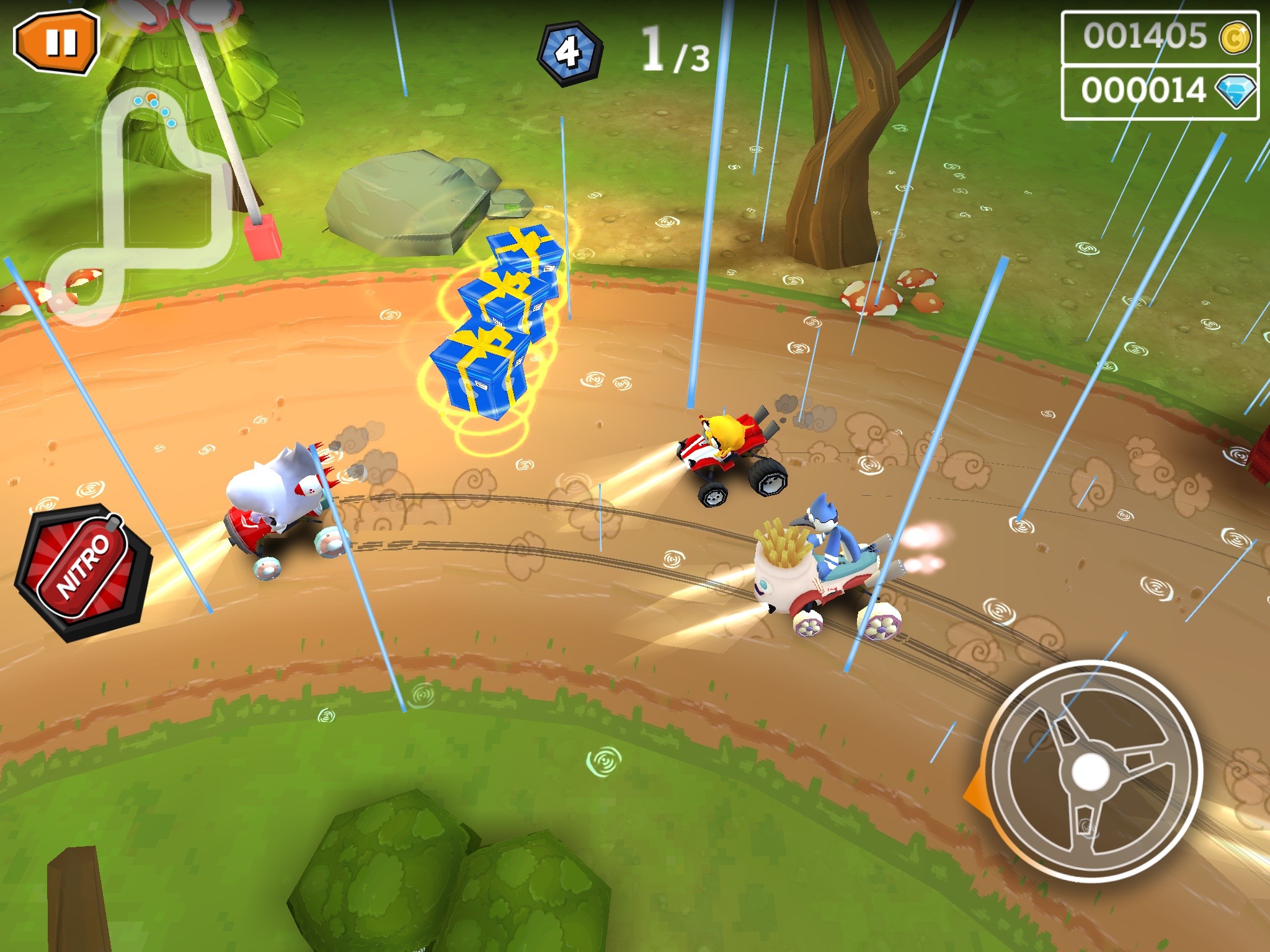 I am a fan of Adventure Time. Not only can you play as Jake, Finn, and Princess Bubblegum, but you can also turn your car into Jake and race in the Land of Ooo. This goes for many of the Cartoon Network shows. If you are a fan, you will probably find a character, cart, and track you love.

Although this is a paid game, there are a lot of options for in-app purchases. You can earn enough coins and diamonds through gameplay, but it is a bit disappointing to see such a robust in-game store.

Formula Cartoon All-Stars costs $2.99. As a racing game, it is definitely worth the price. The replay value is high, since your goal is to get the fastest time in Tournament mode and there are already players achieving remarkable speeds.

If you like battle race games, you’ll enjoy this, especially if you are also a fan of the Cartoon Network lineup. At only $2.99, you’ll get a lot of racing fun for your money. However, you don’t have to wait to upgrade if you want it all at once. The in-game store allows you to unlock as many carts, characters, and upgrades as you can afford. This game is available on the iPhone, iPad, and iPod touch. Download it in the App Store today.

What do you think of this cart racer? Let us know in the comments below.