The Iconfactory has issued a nice little update to Twitterrific 5, its freemium Twitter client for the iPhone and iPad, which brings out an interesting new feature that uses facial recognition algorithms to frame faces in media previews in your timeline.

And if you own an Apple Watch, Twitterrific has a new push notification type for quoted tweets as an opt-in feature in settings. Another enhancement: at last, you’re allowed to swipe from the left screen edge to go back or dismiss the current view, a productivity boost for iPhone 6 Plus owners wanting to use the app one-handed.

The difference between normal media previews and having faces properly aligned on media thumbnails for pictures, videos and so forth in your timeline is illustrated on the screenshot top of post.

This feature takes advantage of Apple’s facial recognition APIs, which were introduced back in 2011 alongside iOS 5.

“Previously Twitterrific always framed thumbnails on the center of images, but many times people’s faces aren’t in the middle, especially on portrait shots,” developers explain.

The effect of facial framing when scanning through your list of tweets in the timeline can be quite dramatic, as evidenced by the screenshot below. 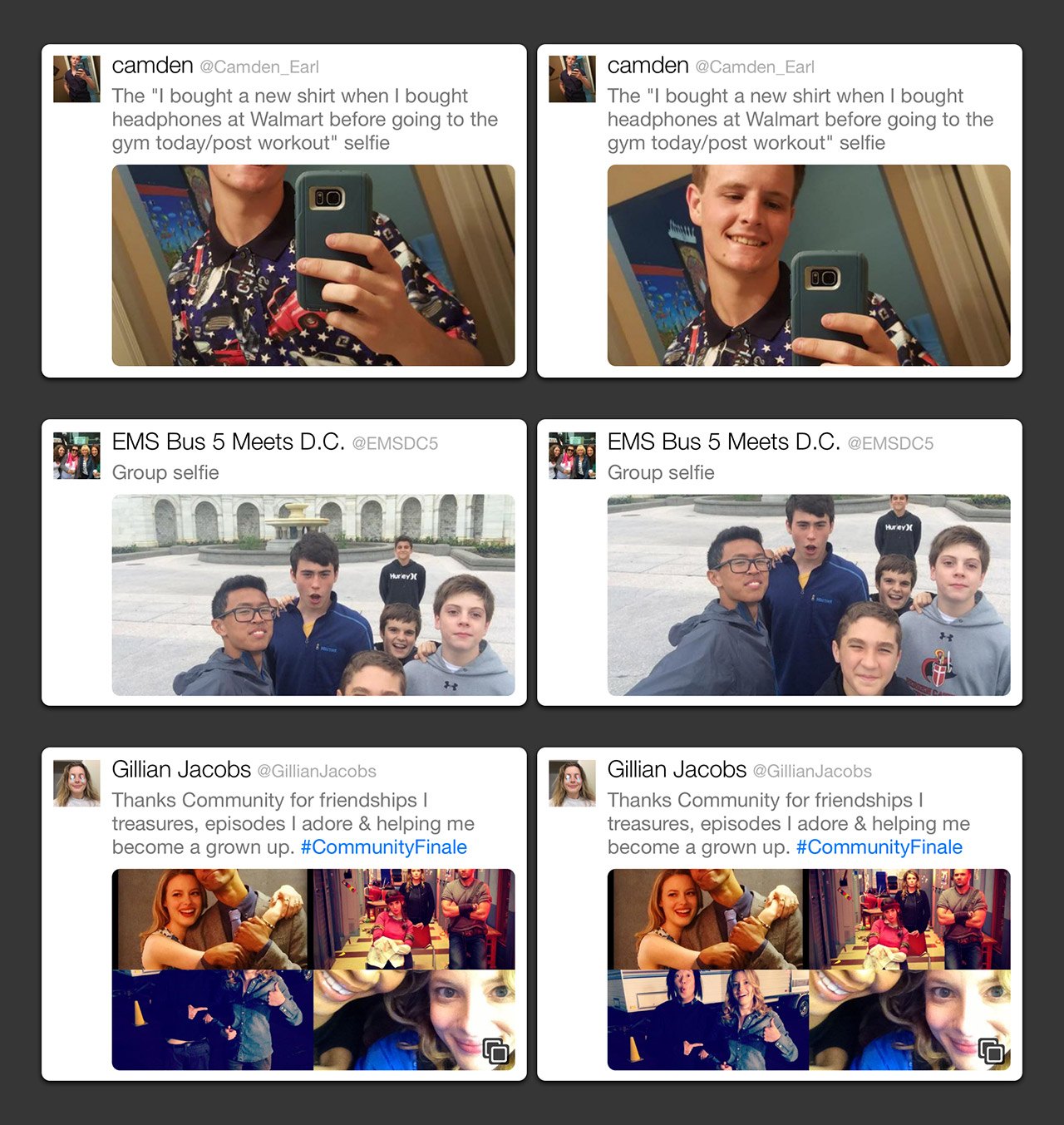 With edge swipe support, Twitterrific now lets you swipe right from off the left edge of the screen to either go back to the previous view (if you’re in a stack) or close the view completely.

And lastly, this is how you enable or disable push notification support for quoted tweets. Just open the sidebar by tapping on your round user avatar, then tap the Settings gear icon at lower right. 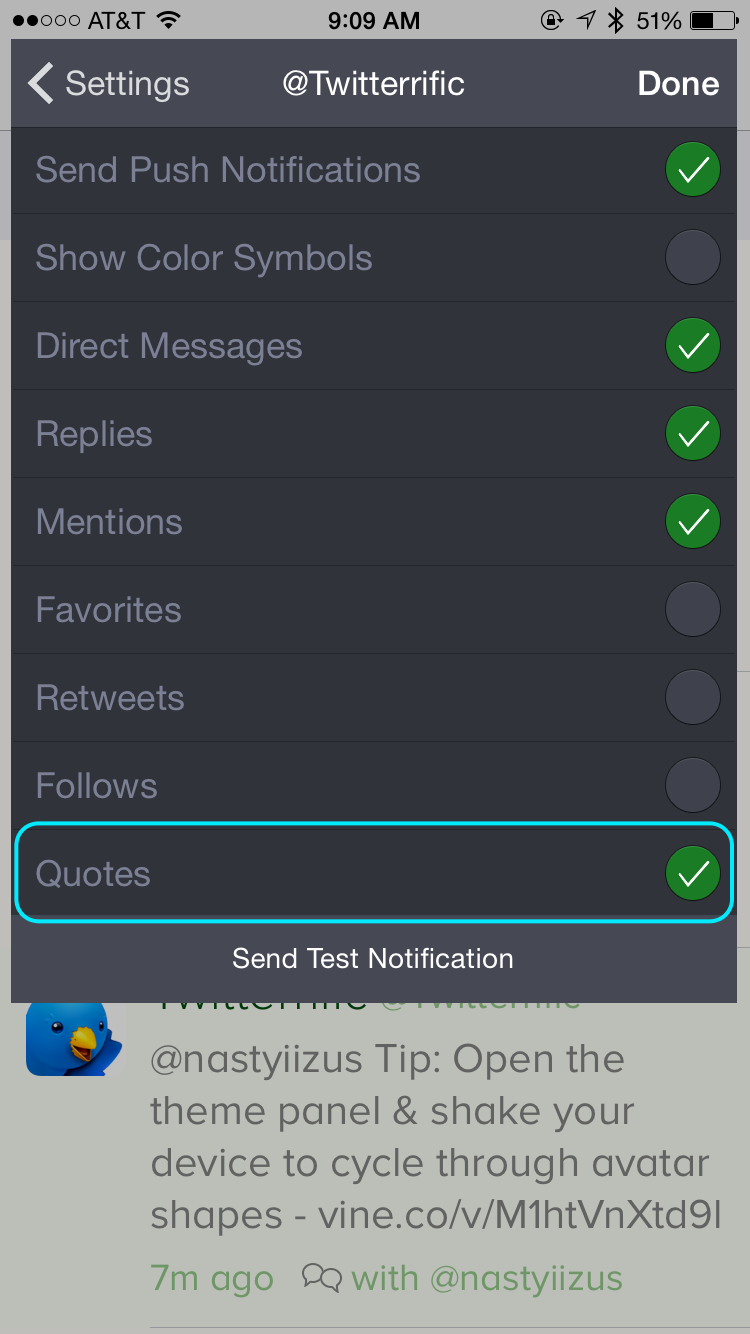 Now head into the notifications section and flip the Quotes switch to ON. From now on, when someone quotes one of your tweets to their followers, you’ll be instantly notified of it on your iOS device or Apple Watch.

Reminder: If Twitterrific prompts for your iTunes PW after updating it’s trying to auto restore your in-app purchases, it’s ok!

The 7.7-megabyte app requires an iPhone, iPod touch or iPad with iOS 8.0 or later. The app is optimized for the iPhone 5/5s/5c, iPhone 6 and iPhone 6 Plus screen resolutions and includes a WatchKit component with a glance and an Apple Watch app.

As mentioned before, Twitterrific is available on an ad-supported freemium basis, but you can get rid of ads and unlock advanced features via In-App Purchases.

Grab Twitterrific free of charge in the App Store.