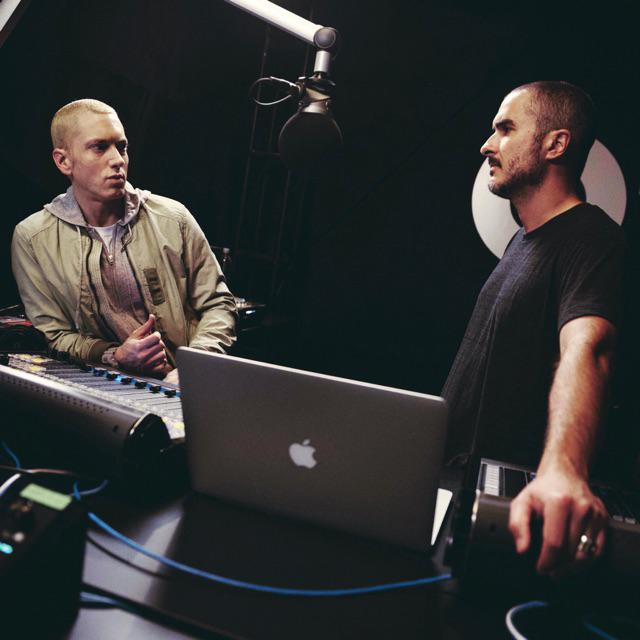 According to an image that former BBC Radio 1 DJ Zane Lowe shared on Instagram and Twitter, Beats 1—Apple’s new 24/7 Internet radio—will interview hip-hop artist and music producer Eminem as its first guest. Lowe is one of the there celebrity DJs on Beats 1. Lowe will be providing live radio programming from Los Angeles, with a little help from Ebro Darden in New York and Julie Adenoma in London.

Eminem, 42, is singed to Aftermath Entertainment, a record label owned by Beats co-founder Dr. Dre who now works for Apple along with the other Beats co-founder, famed music producer and engineer Jimmy Iovine.

The rapper’s albums were frequently featured on iTunes and he even did one of the early “dancing silhouette” commercials for the iPod music player.

As per Nielsen SoundScan, Eminem was the second-bestselling male artist as of June 2014, the sixth-bestselling artist in the United States and the bestselling hip-hop artist, with sales of 45,160,000 albums and 31 million digital singles.

Beats 1 starts broadcasting next Tuesday in over a hundred countries.