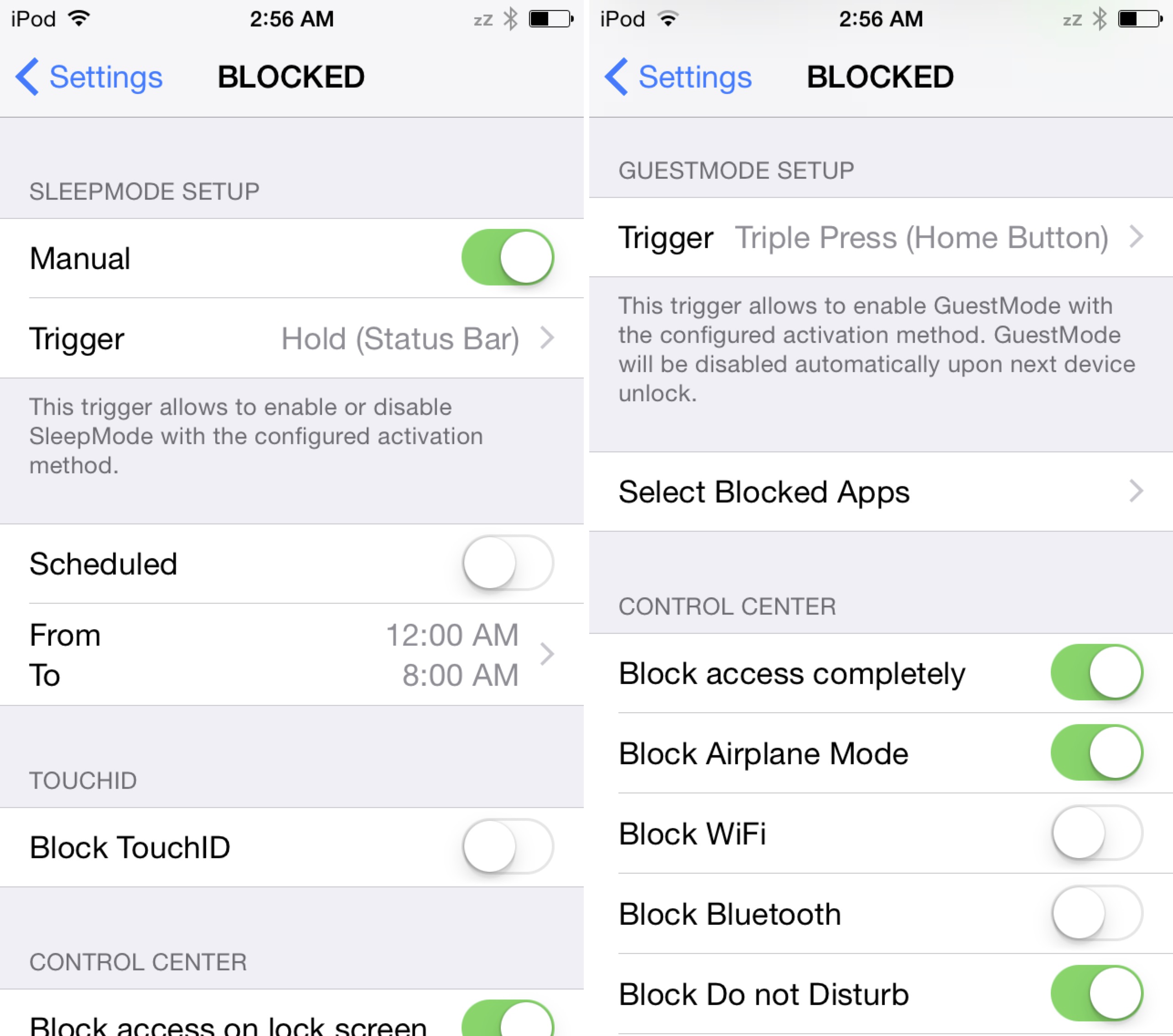 The two modes, SleepMode and GuestMode, each work to block access to certain features. By using Activator gestures, users can quickly and stealthily enter either mode to beef up device security.

Watch our video walkthrough inside to see how to the tweak works.

Once you install Blocked, venture over to the stock Settings app to find its preference panel. Inside the Blocked preferences, you’ll find sections to enable Activator triggers for both Guest and Sleep modes.

Along with the trigger settings, you’ll find a plethora of switches and sections for limiting certain features, and in the case of GuestMode, limiting the apps that are eligible for launch.

If you’ve ever encountered a situation where someone asks to use your phone, you know how nerve-wrecking it can be to think about them snooping around your apps, messages, photos, etc. With GuestMode, you can quickly limit the apps that can be launched on the fly before handing over your device. Once you lock and unlock your phone, GuestMode is disabled and your iPhone is back to normal.

SleepMode allows you to block access to features like the fingerprint sensor, Notification and Control center, and others. SleepMode also benefits from the ability to schedule a time range to automatically enter SleepMode without manually activating.

Overall, Blocked is an deep tweak that can help you lock down your iPhone. I especially appreciate the GuestMode, which can allow you to secure your device, but still allow specified functionality configurable to your liking.

If you want to support both Melissa and Nikias, then you can purchase Blocked for $2.99 on the BigBoss repo. What do you think about Blocked? Sound off in the comments.