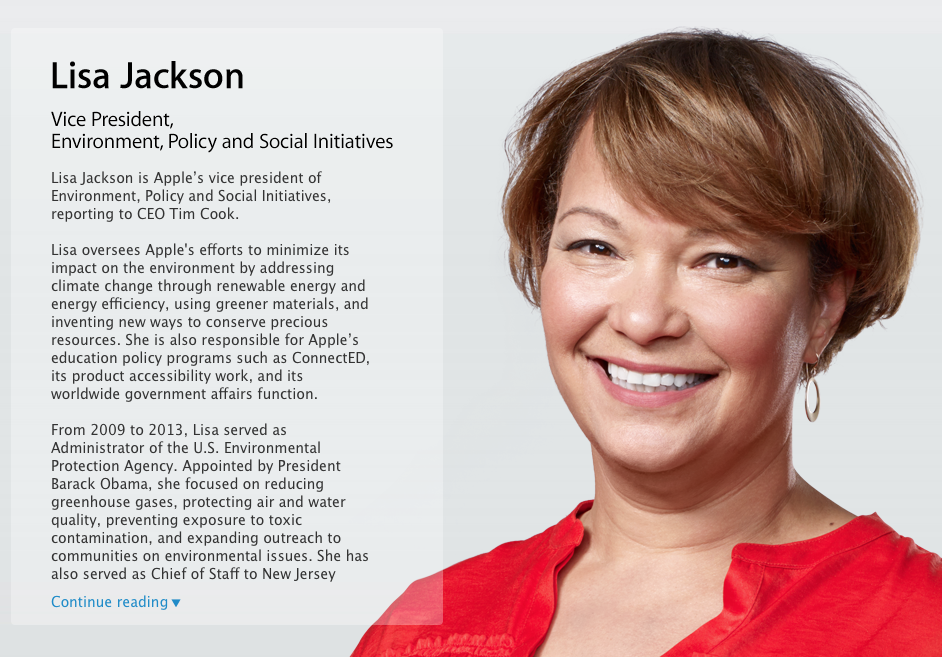 Apple on Tuesday quietly announced the promotion of Lisa Jackson, formerly the VP of environmental affairs, to a new lead policy position. As noted by The Washington Post, Jackson’s bio on the company’s website now reads Vice President, Environment, Policy and Social Initiatives.

In her new role, Jackson will not only continue to oversee Apple’s efforts to minimize its impact on the environment, but she will also be responsible for the company’s education policy programs such as ConnectED, its product accessibility work, and its worldwide government affairs.

In a memo to employees, Tim Cook said “today, Apple is an industry leader in renewable energy, elimination of toxics and protecting working forests. As you know, Lisa Jackson joined us two years ago and we could not have come this far without her leadership on environmental initiatives.”

He’s right. After serving 4 years as Administrator of the US Environmental Protection Agency, Jackson joined Apple in 2013, and has since made quite the impact. In this year’s Clicking Clean report, Greenpeace gave Apple a best-in-class CEI score of 100 for its efforts in the clean energy space.